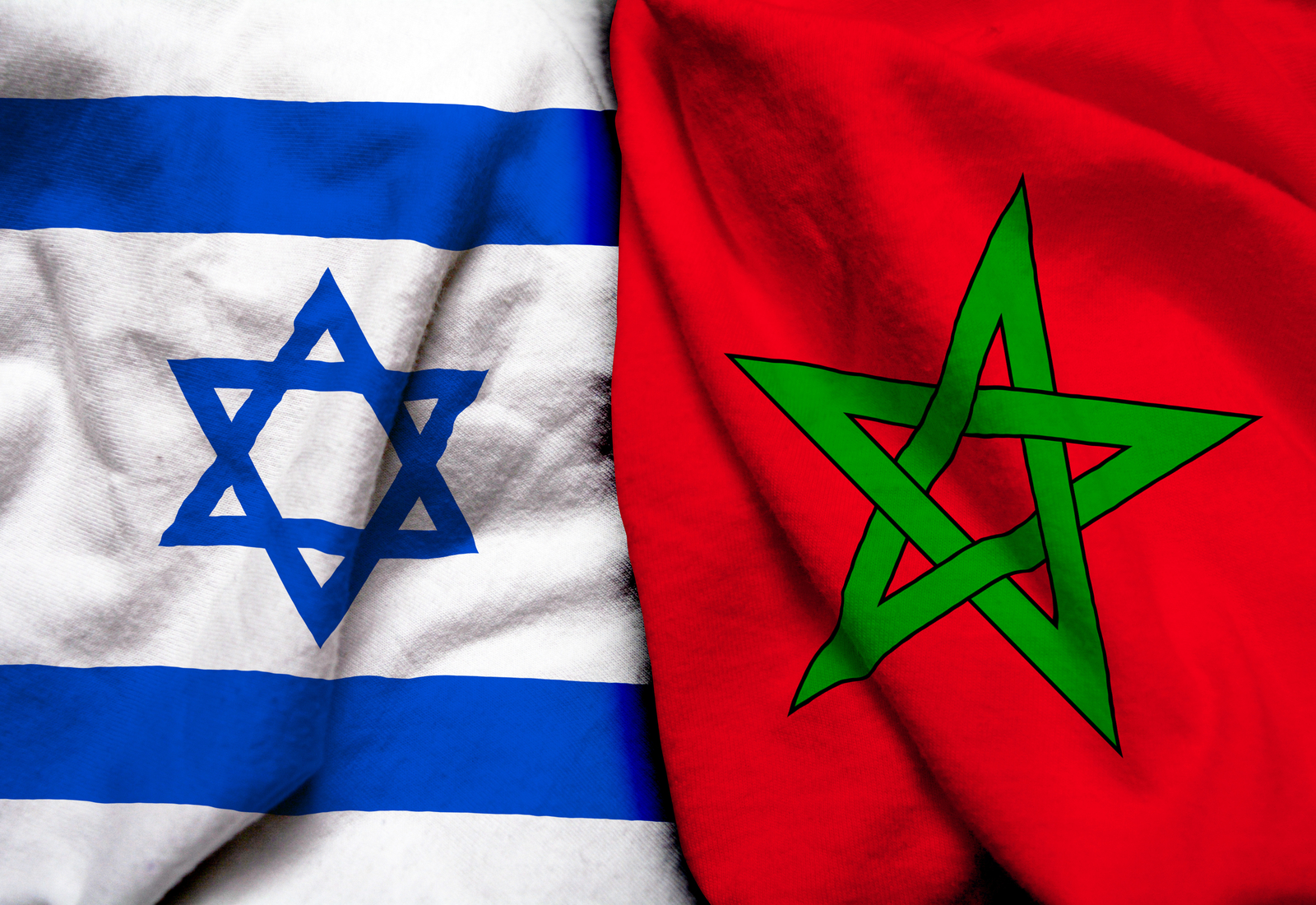 For Spain, cooperation between Israel and Morocco is more of an opportunity than a threat

A piece in El Spanish November 16, informed of a supposed agreement between Israel and Morocco to establish a joint military base in the Arab country. The news comes in the context of the ongoing visit to Morocco by Israeli Defense Minister Benny Gantz, who has just signed a memorandum of understanding to formalize defense ties.

The coin, which does not refer to any source, is not only speculative; it is both improbable and suspect. On the one hand, it is highly unlikely that Israel, a country that does not have a single military base outside its territory – other than listening posts in the Horn of Africa – will establish a base. military on the other side of the Mediterranean.

Second, Morocco has no base on its territory operated or controlled by a foreign country.

It is natural that the proximity to Morocco generates in Spain a particular informative interest, but in matters of this importance one should be wary of exaggerations or rumors of one of the many parties which could want to sow confusion among the actors involved. : Spain, the United States, Israel, Morocco, France or Algeria.

Regardless of the interest underlying the “news” on military cooperation, it would be childish to see Israel’s nascent alliance with a country like Morocco, which has various ongoing disputes with Spain, such as declaration of hostility on the part of the Israeli government towards Spain.

First, the growing ties between Israel and Morocco are included in the Abrahamic Accords, by which the Jewish state normalized its relations with many previously hostile Arab countries. Second, Morocco’s main regional enemy, against which it seeks to rearm, is Algeria, a country with which its relations have deteriorated dangerously. Third, Morocco has a serious problem with jihadism, latent in the heart of the country and threatening its southern border.

It makes sense that in order to counter these threats, he makes deals with a country like Israel, which has proven experience and knowledge of fighting this common enemy (who, by the way, is also an enemy of Spain. ).

Thus, the intensification of Israeli cooperation with Morocco cannot be interpreted as a challenge against Spain, because it is part of a broader trend that responds to one of the strategic priorities of the Jewish state: make allies of former enemies and end its isolation in the Arab world.

Successive Israeli governments, like all rational political entities, have acted in accordance with the country’s interests. Needless to say, the fact that Israel has started to improve and normalize its relations with Morocco does not automatically mean that it is prioritizing the interests of Rabat; nor does this mean that it is about worsening relations with Madrid.

No government can expect another country to give up on its fundamental goals for the sole reason of avoiding making a third state uncomfortable, especially when the allegedly affected country consistently ignores the government’s concerns. he expects deference.

Ridiculous request for an asymmetric relationship

The choice of Morocco as a privileged partner in the region, not of Israel, but fundamentally of the United States, cannot be understood without looking at the foreign policy of Spain, which has an irresponsible bias against the United States which must inevitably have consequences. Madrid’s hostility to Washington made it view others as more reliable allies, to the detriment of Spain.

Decisions concerning Morocco do not automatically make America or Israel anti-Spanish, and Spain must abandon the naive idea of ​​the permanent rights of a preferred ally without diplomatic reciprocity.

Since the reigns of José Luis Rodríguez Zapatero and Mariano Rajoy, and even more since the arrival of the socialist-communist coalition in the Spanish government, the strategy of Spanish diplomacy towards Israel has basically consisted of hostile actions with more or less d intensity against our ally, while demanding a firm and indisputable loyalty, like that which Israel offered to Spain to support its national unity against the separatist challenge of Catalonia.

The Spanish government consistently despises Israeli concerns over issues such as the financing of terrorism, to which Spanish government-controlled institutions contribute under the guise of humanitarian aid. Also, Spain has no problem cultivating friendship with a regime that openly calls for the destruction of the Jewish state, such as Iran, whose vice-chancellor was received by the Spanish government ago. just a few days. That Iran is far from being a strategic partner, even an important one for Spain, shows the indifference shown by the government of Pedro Sánchez towards the sensitivities of Israel and the United States.

Spain is a country with much greater economic and political weight than Morocco. According to historical criteria and political culture, it should be a natural partner of Israel in the western Mediterranean. But the attitude towards Israel of subsequent Spanish governments, especially the current one, puts obstacles in the way of this alliance. It is far from Spain’s strategic interests for Jerusalem to place its relationship with Madrid in the background behind the approach of another country, much less relevant in the region, but at least one that is open to establishing a ‘fruitful cooperation.

Not only has Spain given up on vigorously cultivating ties with Israel, but events such as the abandonment of Iraq and Zapatero’s insult to the American flag, as well as the dangerous friendships of parties in government which are not lacking. an opportunity to ally with the enemies of the free world – reduced Spain’s relations with the United States to an almost historic minimum

The United States played a key role in bringing Israel closer to the signatories of the Abrahamic Accords. Unlike Spain, Morocco heals and promotes its relations with America, which strengthens the Alawite kingdom in the race for regional hegemony, in which Madrid is behind Paris.

The blind myopic, counterproductive even suicidal follow-up of the Spanish Foreign Ministry of its French counterpart (with which Spain has opposing interests in North Africa and the Middle East) is largely responsible for the weakness of its strategic position. Beyond any sentimental or ideological element that Western Sahara entails for many Spaniards, and despite all that the mistakes of the past can hurt, the viability of a most likely failed state in the Sahara is only a chimera fueled by Algeria to destabilize Morocco.

Only a hyper-ideological government like that of Spain can continue to cling to the dying remnants of the Cold War, like the cause of the Polisario Front in North Africa or the Palestinian chimera in the Middle East.

Opportunity for Spain in the new vectors of prosperity

Had Spain maintained the privileged relationship it once enjoyed with the United States, Morocco’s entry into the Abrahamic Accords would also have been extremely beneficial for Madrid. It is here that the parameters of Spanish foreign policy, especially with regard to Israel and the Middle East, show their outdated and sclerotic character.

While Spain continues to nibble at the bait of the Palestinians (when a large and growing part of the Arab world has ceased to do so), it remains absent and turns its back on the tectonic movements and prosperity trends that are emerging. create between Israel and the Arab world, and which reach its southern border.

Under the American protection to which it owes so much, Rabat would have been forced to cooperate more sincerely and intensely with Madrid in matters of immigration and terrorism, among others. Paradoxically, Spain’s obscene diplomatic neglect has increased the pressure of the populist Moroccan regime, which literally does not hesitate to launch its own people against the Spanish border, and at the same time breathed new life into the Polisario Front, a terrorist group with a long history of murdering Spanish citizens.

The prosperity that the agreement between Morocco and Israel will bring could also be an opportunity for Spain, which is interested in an ardent Morocco whose king does not need the nationalist distraction movements which invariably victimize its neighbor in the North. Spain is not interested in a troubled Morocco but in a prosperous Morocco. This prosperity largely depends on Spain.

Finally, the ever-improving relations between the defense and intelligence sectors of Israel and Morocco can make an enormous contribution to the security and protection of Spain’s borders. But only if Madrid capitalize on the influence that a particularly reliable ally in terrorism and geopolitics is gaining in the highest spheres of an ambiguous, but not irrecoverable, regime like Rabat.

This is the policy of the socialist-communist government of Sánchez, unable to accept the negative international consequences of its actions by permanently annoying Spain’s natural allies – and not those of a constructive, democratic and loyal force in the region like Israel – which should worry Spaniards about Morocco’s encounter with the Jewish state.

Angel Mas is the president of ACOM, the main Spanish organization fighting against the BDS movement.