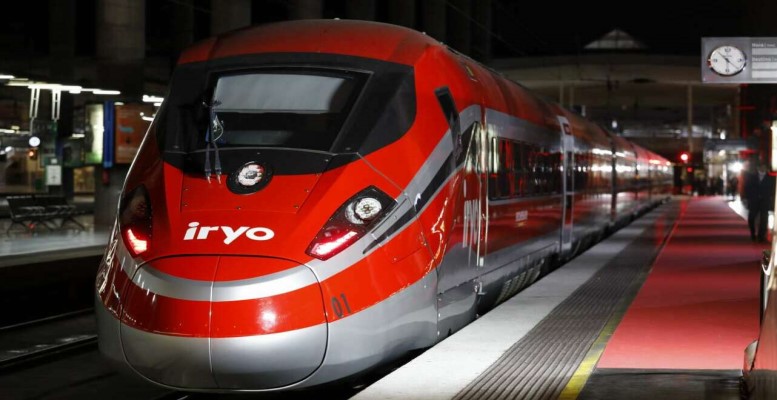 ICEX- Invest in Spain | Ilsa, a consortium led by the Valencian company Air Nostrum and the Italian Trenitalia, presented its new commercial brand, iryo. It will be competition for Renfe and Ouigo in terms of high-speed travel, accounting for 30% of train journeys. In the medium term, it will use the three corridors where rail liberalization has started in Spain: Madrid-Barcelona, ​​Madrid-Valencia and Madrid-Seville. For the first phase however, the operator will only travel on the Madrid-Barcelona line, making stops in Zaragoza and other cities later. The company, which has already made an impressive investment of 1 billion euros in the fleet and in the start-up of operations, aims to create 2,600 direct and indirect jobs and attract 50 million passengers to high speed within 10 coming years.

Simone Gorini, CEO of ILSA, considers Spain “a country at the forefront of the world in our benchmark industry, with one of the largest and most modern rail infrastructure networks and a pioneer in innovation, electrification and rolling stock ”. After 30 years of broadband in Spain, “we will achieve a new standard for the 21st century consumer in terms of personalization, digitization and sustainability. We want to transform the experience of travel by train, with the railroad as a mode of transport for a more sustainable future, by positioning ourselves at the center of a multimodal concept of mobility ”.

The company will begin operations in 2022 with the only fleet of new trains on the market: in its first phase, there will be 20 state-of-the-art trains, manufactured by Hitachi Rail in collaboration with Bombardier (now the Alstom group), and in which it has invested 800 million euros. iryo will operate 30% of the high-speed lines in Spain and aims to carry 8 million passengers between Madrid, Barcelona, ​​Seville, Malaga, Cordoba, Valencia, Alicante and Zaragoza once its operations are launched. “Our formula is based on several pillars: very high operational quality, scrupulous respect for the regulations in force, cutting-edge technology and equipment, and a service culture that really makes the difference, and in which we have invested a lot of time. and money. I am convinced that this set of attributes will be ILSA’s main competitive advantage ”, underlined Carlos Bertomeu, President of ILSA.

2021-12-27
Previous Post: How do other countries celebrate the New Year? Alternative celebrations in Spain, Germany and Scotland
Next Post: Holidays in Spain: the “temporary” rule of face masks explained | Travel News | To travel