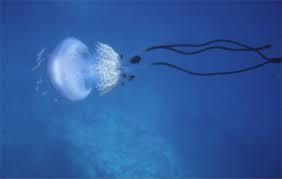 YELLOW and orange warning flags have been flying since yesterday, Friday August 12, along the west coast of Malaga due to the high presence of jellyfish – with Marbella the municipality with the most beaches on alert.

Jellyfish come out with the heat, and rising temperatures in the region as well as continued heat waves this year have seen many jellyfish wash up on shore.

In addition, frosts are expected to extend their stay until “well before fall”.

According to marine biologist and CSIC research professor Josep Maria Gili, jellyfish thrive in warm water and have been spotted on Malaga beaches since last May and, as Gili claims, they will continue to be in the region until November, when their natural period on Spanish coasts is usually between June and September.

Marbella is currently the municipality of Malaga with the most beaches on alert, with yellow jellyfish warning flags flying at the following locations play :

The yellow flag will also be maintained in Estepona on El Saladillo beach.

For more information on jellyfish invasions in the area, there is a free app (infomedusa) for all androids and iphones, which provides a jellyfish forecast for the entire coast, as well as general data on sea conditions. beach and also explains how best to deal with a sting.