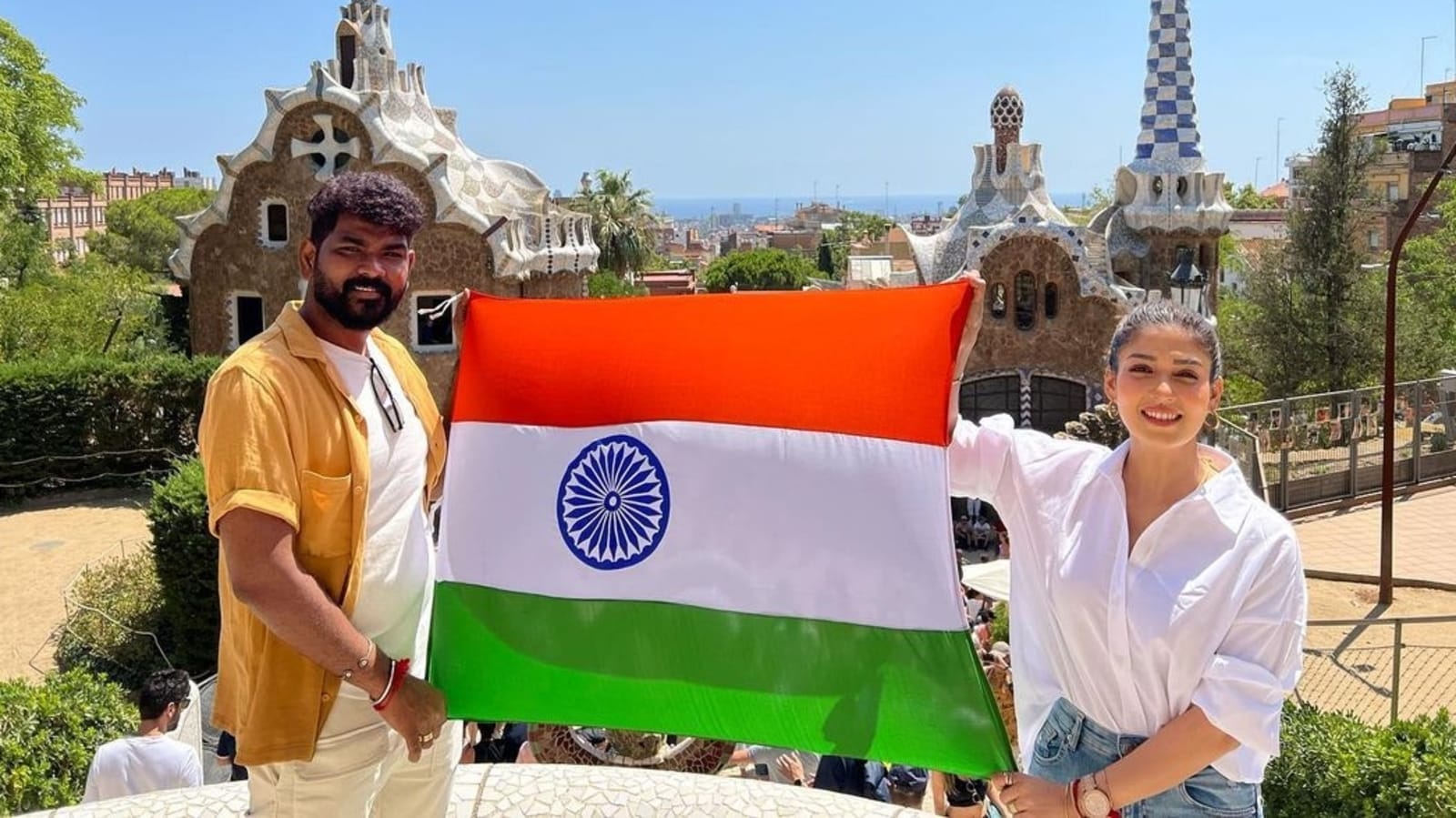 Nayanthara and Vignesh Shivan are on vacation in Spain. Here’s how the two celebrated Independence Day 2022 by posing with the national flag at various locations in Barcelona.

On Monday, Vignesh shared a glimpse of his Independence Day and Nayanthara celebrations in Spain. Vignesh took to Instagram to post a video of how they took to the streets with the tricolor on August 15 and wrote, “75 years of independence! Happy independence day to all the brothers and sisters! All Indians all over the world! Let us celebrate this day with great pride and happiness! As an Indian citizen, we should all feel blessed! The freest, safest, most democratic, secure and happiest in the world is our country (sic).” The filmmaker shared the video with the hashtags “proud Indian” and “75 years of independence”.

In the slow-motion video he shared, Vignesh and Nayanthara were seen walking amid crowds through busy streets and tourist sites as they carried the flag and posed together for photos. In another Instagram post, he shared photos of the couple with the flag. While Nayanthara wore a white shirt with a pair of blue jeans and white sneakers, Vignesh was seen in a white t-shirt and pants with a yellow shirt. He also wore neon green sneakers. The filmmaker also shared a romantic photo of the two. He could be seen kissing Nayanthara on the forehead as they posed in front of a Gothic cathedral in Barcelona.

Nayanthara and Vignesh tied the knot in a dream wedding ceremony on June 9. The couple’s wedding was attended by Shah Rukh Khan, Rajinikanth, Suriya and many other celebrities. The couple’s wedding documentary, Nayanthara: Beyond the Fairytale, will be released on Netflix. It was directed by Gautham Vasudev Menon and produced by Rowdy Pictures. Shortly after their fairytale wedding at a resort in Mahabalipuram, the couple flew to Thailand. Vignesh had shared some glimpses of their first vacation as a married couple on Instagram in June.

Successfully subscribed to the newsletter

Thank you for subscribing to our Daily news capsule newsletter.