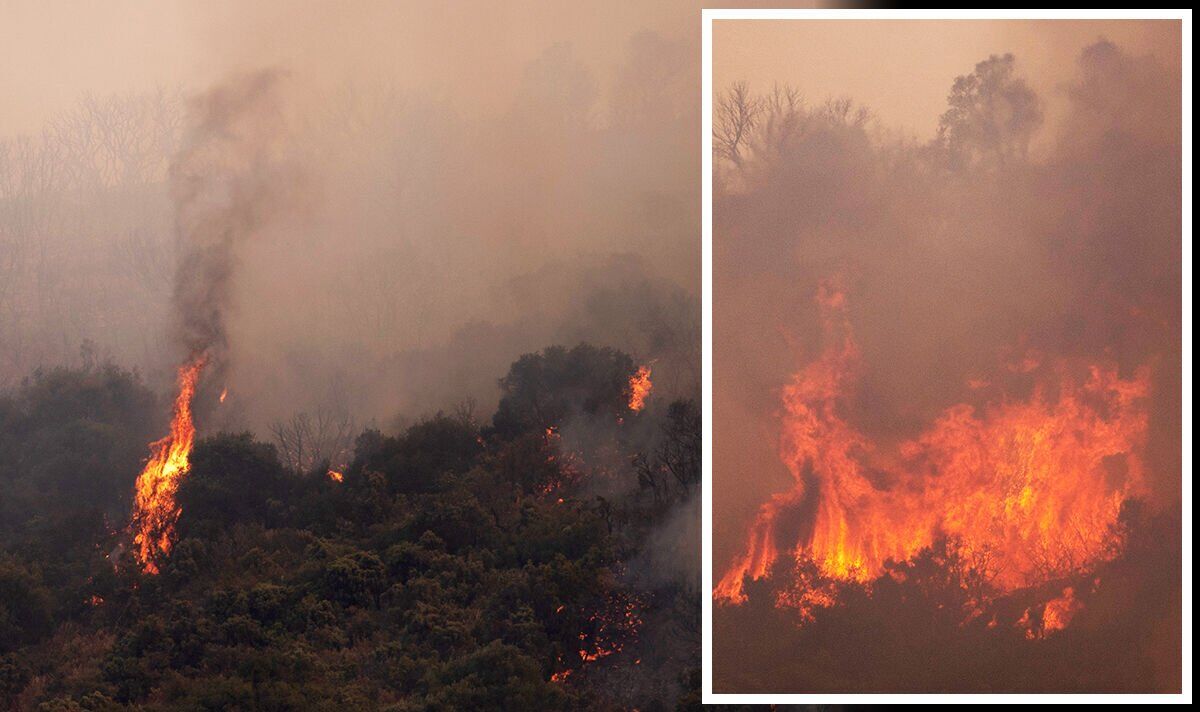 A fire broke out yesterday in El Higueron near Mijas Pueblo, Spain. It then expanded to Alhaurin de la Torre and Alhaurin el Grande.

The fire was described by a British expat as “like a monster”.

About 2,300 people had been evacuated from their homes this morning because of the fire, according to reports.

The evacuations were coordinated as a “precaution”, local authorities noted.

Adrian and Ursula Haworth said they were within 1,500 feet of the flames when they were forced to leave.

The British expat couple in the 1980s, quoted in the Mirror, said they left their home with little more than medicine and clothes on their backs.

Originally from Lincolnshire, the couple no longer knows what will happen to their house.

Ursula said: “The important thing is life and health, because right now material things are what concerns us least.

“Our thoughts are with the firefighters.

Sixty-four-year-old Scotsman Bill Anderson, now a councilor in Mijas, described how the fire broke out amid intense heat.

He, quoted in the Daily Record, said: “The wildfire started in the mountains around 12 noon. It was 37 degrees this afternoon so you can imagine how dry everything is.

“What happens with these fires really depends on which direction the wind is blowing. It can go up and across the mountain and down to another municipality or down towards us.

“This time it went over the mountain and the people there are being evacuated. Some areas were evacuated in Mijas as a precaution because we did not know which direction the fire was going to go and also because of the smoke.

“It’s very heavy in the sky. It spreads very quickly like these things do. The security services really took care of it very quickly.

Temperatures are also set to rise across the UK this weekend, with forecasters suggesting one of the next four days could bring the hottest temperature on record for the country to date.

2022-07-16
Previous Post: Denmark and Spain vie for the right to play hosts England
Next Post: This is Spain but not as we know it – The Irish Times