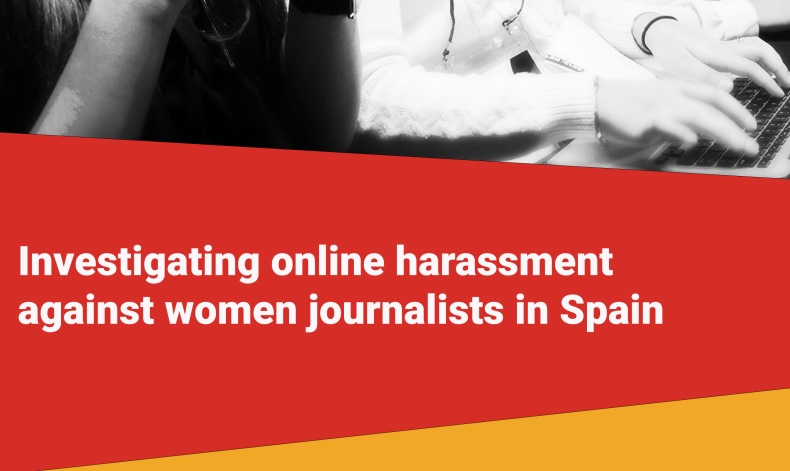 Online harassment hampers the ability of women journalists to carry out their journalistic activities, affects their personal lives and threatens their safety. Women journalists regularly face a lack of support in their business and are advised to limit their presence on social media or, worse, to get used to attacks as part of their job.

Women journalists face a double burden: they are at increased risk of violence both because they cover stories that affect them and the public, and also because they are simply women in the public sphere. . While digital technologies have created new opportunities for women journalists to carry out their vital work and engage with their audiences, the same technologies are also a space where patterns of abuse that women have long faced offline are replicated. and amplified.

In April 2022, as part of the Media Freedom Rapid Response (MFRR), ARTICLE 19 Europe, alongside IPI and PLI, co-hosted a multi-stakeholder roundtable to identify key barriers to prompt and thorough investigations into cases of online harassment against women journalists. in Spain, as well as suggesting possible ways to respond effectively to online attacks against women journalists.

Participants included female journalists who had been victims of online harassment, lawyers, prosecutors and magistrates. Although invited, social media companies did not participate in the roundtable. They have, however, sent their internal policies on combating online harassment against women.

Online harassment – ​​How to respond more effectively to harassment of female journalists?

During the roundtable, we prepared five key recommendations that can serve as a basis for better responding to cases of online harassment against women journalists. We concluded the following:

State authorities should be trained on freedom of expression and non-discrimination standards provide prompt and adequate assistance to women victims of online harassment. Police officers report that they have little guidance on how to proceed in such cases and struggle to receive necessary information from social media companies.

Social media companies should be more transparent in their cooperation with governments to improve the response to illegal attacks that emerge on their platforms.

The Spanish government and national human rights institution should conduct extensive research into online harassment, which should address the human rights violations caused and the impact of online harassment that women face in relation to their presence in the public sphere and their journalistic activities.

This report has been coordinated by the IPI and ARTICLE 19 Europe as part of the Rapi on media freedomd Answer (MFRR), a European mechanism that tracks, monitors and responds to press and media freedom violations in EU Member States, candidate countries and Ukraine. The project is co-financed by the European Commission.