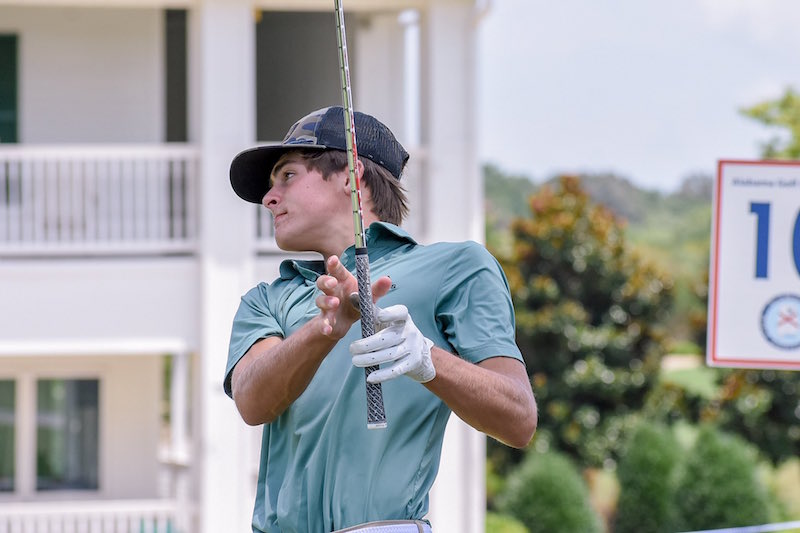 ATHENS – It may have ended in heartbreak, but Chase Kyes’ performance at this year’s Alabama State Junior Championship didn’t lack for fireworks July 19-21 at the Canebrake Club. in Athens.

The Spain Park sophomore put on a spectacular three days on the golf course in a bid to win the championship, and until the last hole he trailed in one shot.

Sitting at 17 under par, Jackson Mitchell, playing on his home run, already held a one-stroke lead in the house at 18 under after shooting a remarkable final round of 62.

Kyes, however, didn’t back down from the pressure the final hole brought. After birding the par-5 in each of the first two rounds, he confidently stepped off the tee and netted another closing birdie for the third day in a row to tie Mitchell at under 18 and force the playoffs.

The home course advantage for the Athens High School golfer, however, proved to be too great.

Mitchell set up a first postseason hole with a birdie that ultimately led to the win, while giving Kyes a second-place finish.

It was a tough end for the Spain Park golfer, but he put on a remarkable three-day performance at the tournament as he continues to be one of the best junior golfers in the state.

Kyes shot rounds of 66, 65 and 67 for a total score of 198, making him one of two in the tournament to shoot three consecutive rounds of 67 or better.

Ward Harris of Vestavia Hills did the same with rounds of 67, 67 and 65 to finish third and one shot out of the playoffs, while Mitchell ran rounds of 67, 69 and 62 which was the fastest round. tournament low.

In the American Junior Golf Association, Kyes has been busy this summer, competing in several big events since June, finishing twice in the top five with a T5 at the Stewart Sink Championship and a T3 at the Mizuno/Keith Mitchell Junior Championship.

He is currently ranked 229th in the AJGA rankings.

The young golfer also previously competed for the Jags, finishing second in this year’s AHSAA Class 7A State Championship.

He has three more years at Spain Park and has been very competitive for the Jaguars since he was in eighth grade.