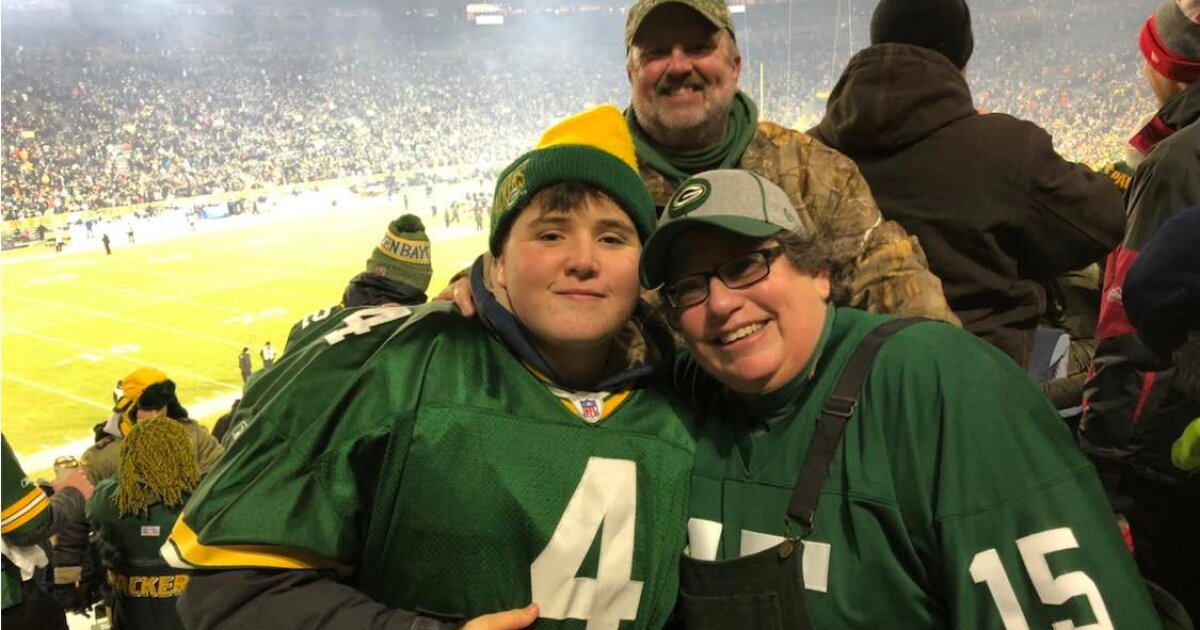 Spanish teen heads to Wisconsin ahead of weekend Packers game

WISCONSIN (NBC 26) – It’s no secret that fans of green and gold are everywhere.

And this weekend is special for a family who traveled from Madrid, Spain to see the Packers vs. Vikings game.

Pablo Martinez, his parents and his sister traveled from overseas to Wisconsin to celebrate the New Year and attend a game at Lambeau Field.

“I love the Packers so I wanted to see them,” Martinez said.

Martinez, 17, is actually back in Wisconsin for the first time since his foreign exchange program was halted too early due to COVID-19.

At that time, Martinez was an international student studying at Wausaukee High School.

After his overseas exchange program was cut short, he was finally able to return to the place he once called “home” and this time he took his family from Spain.

While in Wisconsin, he was able to attend two Packers games.

After witnessing those two wins, he couldn’t have asked for a better Packers experience.

Back in Spain, Martinez and his father still cheer for green and gold, regardless of the time difference.

Now that travel restrictions have opened up further, Martinez is excited to show his family the Midwest and catch a game.

“One of my first thoughts was that we were going to watch a Packer game while I was here. I checked the schedule to see if we had any home games while we were here and we did, ”Martinez said.

But it’s important to note that he didn’t always like football.

In fact, when he first arrived in the United States, he knew nothing about the sport.

But after spending time with his host parents in Wisconsin, he quickly discovered football and fell in love with the Packers.

“For us it was very natural to pass this on to Pablo because it’s so part of our lives. And he wanted to learn more about American football. He was very interested from day one. I didn’t think he was going to become the fan like he did, but he wanted to know more. We watched a lot of Sunday football together, ”said Derrick and Lauren McGee, Martinez’s host parents.

“I’m starting to read a lot, so I knew who Aaron Rodgers was, who Brett Farve was, so I started to know everything after that. But I got a lot of help from my American dad, ”Martinez said.

Upon his return to Spain, Martinez passed on that same love for the Packers to his real father, Pablo Martinez Sr.

The father-son duo are excited to finally experience a game together as the Packers take on the Vikings.

“Pablo told us the story of tailgating, of having fun with his friends there, he told us how much he loved the game when it came along. And I really want to have that experience. afraid of the cold but I think we will survive and have a lot of fun, ”Martinez said.

And the excitement only continues for the Martinez family.

Before the game, their friends have planned a large hatchback and will even be sporting a Spanish flag.

This photo below was taken last week while her family was on tour in Chicago:

Below he is pictured with his teacher Sue Stoltenberg with whom he went to the previous Packers game: