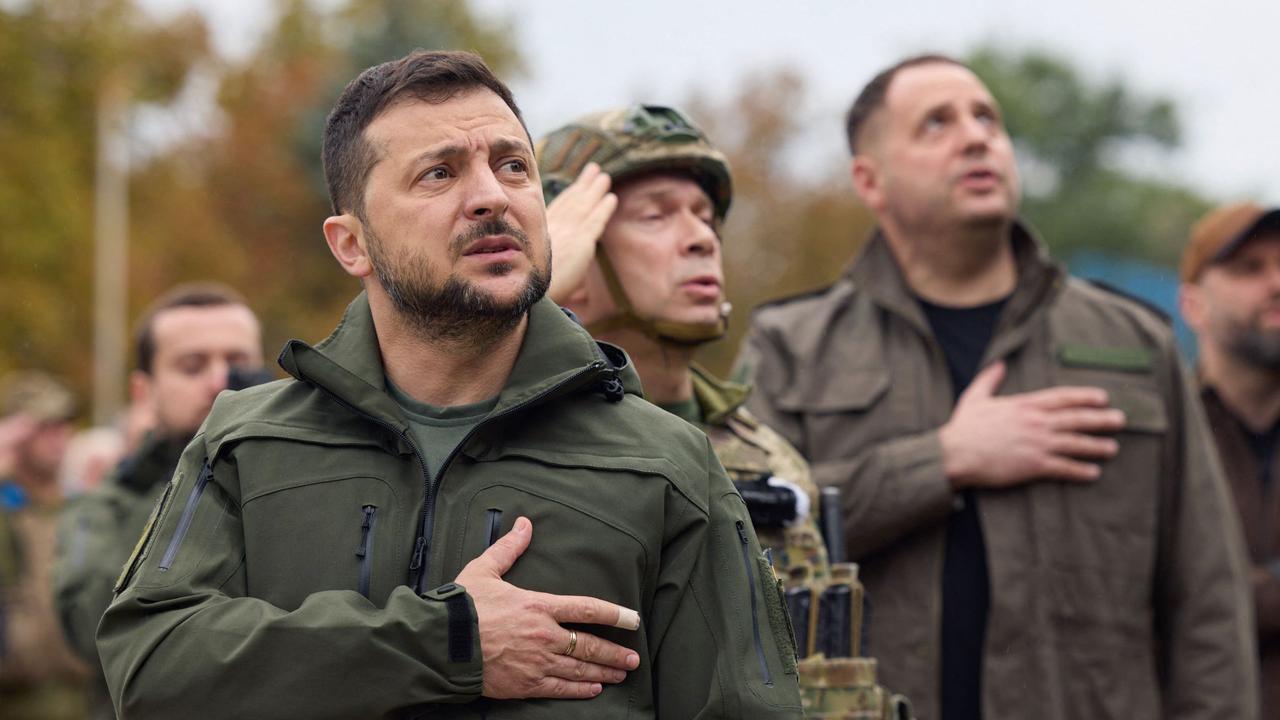 The original proposal from Spain and Portugal was announced two years ago, but received political impetus following Russia’s invasion of Ukraine.

“United as never before, the European football family, having condemned the crimes against the Ukrainian people, has proven its commitment to the values ​​that underpin our organization,” Pavelko told reporters.

“I thank you and all friendly national associations for your help on behalf of thousands of little players – girls and boys from Mariupol, Kharkiv, Kherson, Irpin, Bucha and many other cities that were subjected to military aggression barbaric.”

Ukrainian President Volodymyr Zelensky said on Wednesday that his country’s joint bid to host the 2030 World Cup with Spain and Portugal was “more than a symbol of faith in our common victory”.

“Ukraine will endure, triumph and rebuild thanks to the solidarity of its partners,” Zelensky said on Twitter of his war-torn country.

On Wednesday, Russian President Vladimir Putin signed into law his annexation of four Ukrainian territories as the EU agreed to a new round of sanctions against Moscow in response.

Watch the best footballers in the world every week with beIN SPORTS on Kayo. LIVE coverage of the Bundesliga, Ligue 1, Serie A, Carabao Cup, EFL and SPFL. New to Kayo? Start your free trial now >

In recent weeks, Ukrainian forces, bolstered by Western weapons, have wrested Russian troops from a series of towns and villages to the east and south.

“These children were forced to leave their homes, football clubs and schools, fleeing bullets and shells,” Pavelko said.

“Many of them received your support and found refuge in various European countries.

“Now they can continue to play football in European clubs and have made new friends all over Europe.

“The war will end and we will stage 2030 World Cup matches with Spain and Portugal at the highest level.” War-torn Ukraine applied for European Union membership just five days after the February 24 Russian invasion and the bloc accepted the bid in June.

“Ukraine’s participation in the bid to host the 2030 World Cup is also important for unifying and strengthening Europe in these difficult times,” Pavelko said.

“A few months ago, Ukraine received candidate status for EU membership, and in the coming years we hope to achieve full membership.

“Holding the 2030 World Cup together with Spain and Portugal will be a historic milestone that will symbolize the unity of Europe from Lisbon to Kyiv, Donetsk, Lugansk and Sevastopol.” The vote to host the 2030 World Cup is expected to take place in 2024.

The Spanish football federation (RFEF) said in a statement that the idea was backed by UEFA president Aleksander Ceferin.

“In the coming months, we will come and work on the practical aspects.”

“The example of tenacity and resilience given by the Ukrainian people is inspiring,” said the Portuguese Football Federation (FPF).

The FPF added that the joint bid “aims to contribute through the power of football to the recovery of a country undergoing reconstruction”.

He added that the terms of Ukraine’s role in the bid “will be discussed and defined in due course”.

This follows an announcement last month by an Egyptian official that Egypt, Greece and Saudi Arabia are in talks to jointly host the 2030 World Cup.

In August, Uruguay, Argentina, Chile and Paraguay launched their bid to host the event – which marks the centenary of the first World Cup, held in Uruguay – in hopes of bringing back the showpiece world in his first home.

The 2026 edition has already been awarded to three countries: Canada, Mexico and the United States.

More than half of the 21 World Cups already staged have been in Europe, but later this year Qatar will host the final, the first time it will be played in the Middle East.