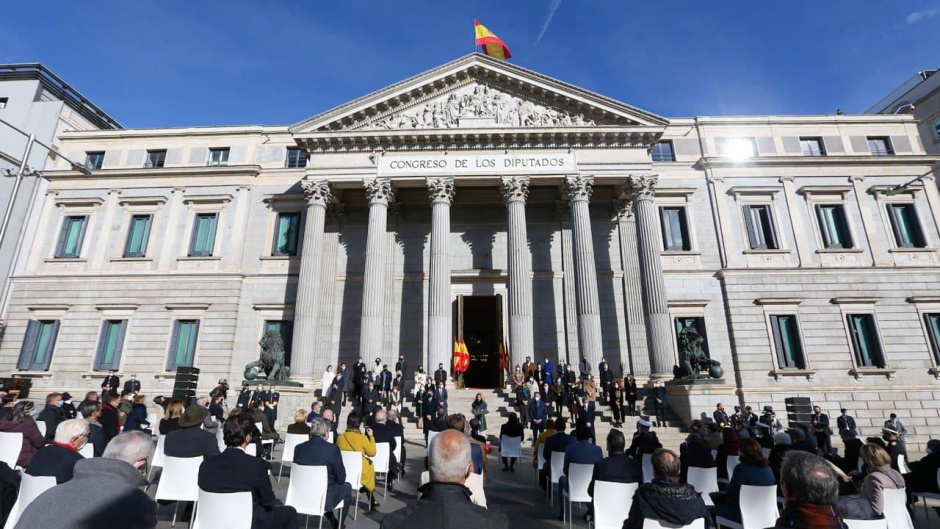 The Spanish Evangelical Alliance (AEE), together with twelve denominations and evangelical entities in Spain, issued a statement denouncing the “restrictions on freedom” by the Spanish authorities through various legislative initiatives that attack fundamental rights such as freedom of consciousness or expression.

The statement comes from the initiative of the Forum of Elah, a platform created in late 2021 for joint action when events occur that threaten religious freedom and freedom of conscience.

After mentioning the historical position of Protestants in Spain as defenders of fundamental freedoms for allthe statement said that these freedoms “are again threatened by legislative initiatives, including privileges for certain groups, the reversal of the burden of proof, the imposition of ideology in schools, anti-conversion regulations, etc. “.

“During the dictatorship, we exercised civil resistance through conscientious objection against national-Roman Catholic indoctrination at school or during the military swearing-in of the flag, and now, in full democracy, we are amazed than indoctrination begins to be practiced again, even if the catechism imposed on our children is now different”, underlines the press release. The text denounces “an authoritarian mentality which denies freedoms to so-called ‘heretics’, whatever their type”.

This is why evangelical organizations representing hundreds of evangelical churches complain that “fundamental rights and freedoms – which do not belong to any ideology of the political spectrum but to the democratic system – are at stake”.

They express their concern about the privileges granted to the LGTBI community.

“We reject discrimination that the The LGTBI community has suffered in the pastbut we strongly condemn any initiative that gives this group or any other group privileges over the rest of societyas is the case with the successive laws that have been approved recently, supported by persistent social pressure from lobbies,” the statement added.

This pressure can be found in several laws which advocate “a new unscientific dogma, such as queer ideology and gender fluidity. But such fluidity is only allowed in one direction; so that the fundamental freedoms of citizens are violated when any same-sex attracted or transgender person who chooses to regain congruence with their biological identity, is prohibited from receiving the professional and pastoral care they voluntarily choose, and physicians, psychologists and pastors who offer to provide such care are threatened by anti-conversion regulations.”

The statement warns that these laws are “justified by the dissemination of terrifying stories that are the result of bad practices and show therapies to support these people as activities of manipulation and torture, despite the fact that the professionals and pastors who provide this help follow academically recognized professional criteria and responsible conduct that respects the freedom of the person”.

According to the evangelical community in Spain, this pressure “leads to a marginalization of scientific evidence that distances us from the foundations of democracy and closer to authoritarianism”.

“As some scientists have denounced, science is not consulted when it comes to legislating, and replaced by pre-scientific slogans which impose themselves as canonical truths, such as ‘There are boys who are born with a vulva and girls who are born with a penis’, which the medical community listens to with astonishment, while remaining silent out of fear”, they underline .

The statement aims to draw attention “to the manipulation of welcoming authoritarian measures as if they were “progressive””.

For the signatories, “there is nothing progressive in the current reduction of freedoms, in the limitation of the self-determination of the individual, in the indoctrination, in the persecution of dissidents, in the successive threats of excommunication which now result in label “homophobia””.

Therefore, “As Protestants, we once again raise our voices in favor of freedom and denounce the authoritarian tendencies which once stemmed from national-Roman Catholicism and now from dogmatic secularism, and which seem anchored in the depths of the Spanish soul and go beyond any ideological category”.

Spanish evangelicals “protest today as we have for centuries, against the imposition of ‘orthodoxy’ and privileges, and we to claim for all the right to think differently, to express dissent and to express it freely”.

“So we have call on Spanish society to rediscover the best of its democratic tradition by renouncing the imposition of dogmas and recovering respect for fundamental rights of the people, freedom of conscience and freedom of expression,” the statement concluded.

You can read the full statement here (in Spanish).

Posted in: Evangelical focus – europe
– Spain: 12 religious denominations and the Evangelical Alliance express their concern over threats to freedoms