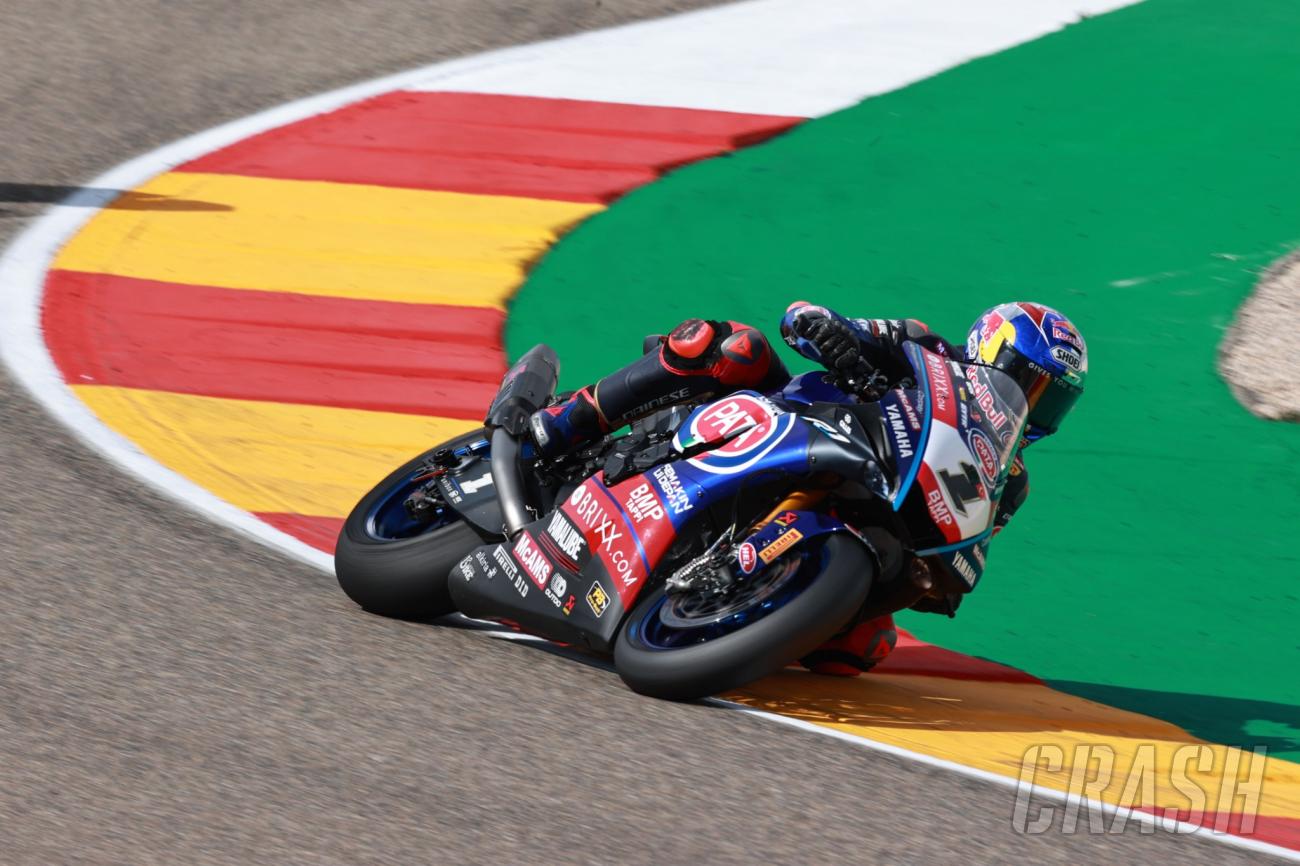 A highly anticipated first Superpole of the 2022 Superbike World Championship has started with Scott Redding behind Jonathan Rea.

The six-time world champion has obtained the most poles in 2021 (8), making him the ideal driver to follow.

As in FP3, Loris Baz started Superpole fastest after finding a breakthrough in performance overnight.

The Bonovo Action BMW rider was quickly dethroned by Toprak Razgatlioglu as the Yamaha man put in an incredible lap.

Razgatlioglu broke the 1m 48s barrier with a first lap under 1m 49s of the weekend, before Alvaro Bautista and Rea joined him in second and third.

Razgatlioglu’s time of 1:48.666s was so fast that only five riders managed to pass within a second of the world champion.

At the start of the second moto, Team HRC’s Iker Lecuona surged up to sixth place with an impressive lap, however, the pace up front started to really pick up.

Rea went fastest with just under two tenths before his Aragon lap record was broken by Bautista.

A time of 1;48.273 put him two tenths clear of Rea – also two tenths under the lap record – but it wasn’t enough as Razgatlioglu crossed the line -0.006s faster.

A breathtaking level of performance from Razgatlioglu and Bautista.

Who is the favorite for victory in Race 1?

Based on Friday’s performances, it was Rea who looked the strongest, however, Razgatlioglu’s pole time is a clear indication that he is ready to fight for a first win at Aragon.

Razgatlioglu, who promised to make improvements from day one, apparently has, which is why the reigning world champion is our favorite to retain Rea and Alvaro Bautista.

For him to achieve that, it will be crucial for the Turkish star to conserve tire life, particularly on the front end, which is something Rea hasn’t struggled with so far so far this year. weekend.

Bautista was equally strong in qualifying, and after winning all three Aragon races in 2019, a podium finish is the minimum we expected.

FP3 started with heavy hitters Rea and Bautista opting to stay in the pit lane, while Baz was fastest aboard his Bonovo Action M 1000 RR.

Baz’s time was then improved by almost six tenths as reigning world champion Razgatlioglu was the fastest in 1:50.062s.

Michael Rinaldi joined the Turkish sensation in the low 1m 50s as the Italian edged former rival Stock 600 by -0.054s.

As the battle continued, Razgatlioglu looked set to return to the top thanks to his fastest run in sector three.

However, the Pata Yamaha rider lost time in S4, allowing Rinaldi to remain the fastest.

Bautista, who was now on track, as was six-time Superbike world champion Rea, finished third with just his first flying lap.

Despite being on track with the rest of the peloton, Rea was unable to get a hot start like in FP1 and FP2. The Kawasaki rider finished seventh after the first wave of laps – +1.127s over Bautista.

Ahead of Rea was World Endurance Championship rider Ilya Michalchik, as the Ukrainian made an impressive debut on day one.

Stunning throughout pre-season, rookie Philipp Oettl then went on a Ducati 1-2-3 splitting the two factory riders.

After fitting a new rear tyre, Baz regained the lead, while Bautista suffered his first crash of the weekend at turn nine. It was a typical corkscrew frontal washout for the former MotoGP man.

Bautista was then given a black flag for not returning to pit lane on the next lap, a rule that is implemented in WorldSBK for practice, but not in racing circumstances.

After looking comfortable without making a fast lap, Rea opted to do just that by passing P3.