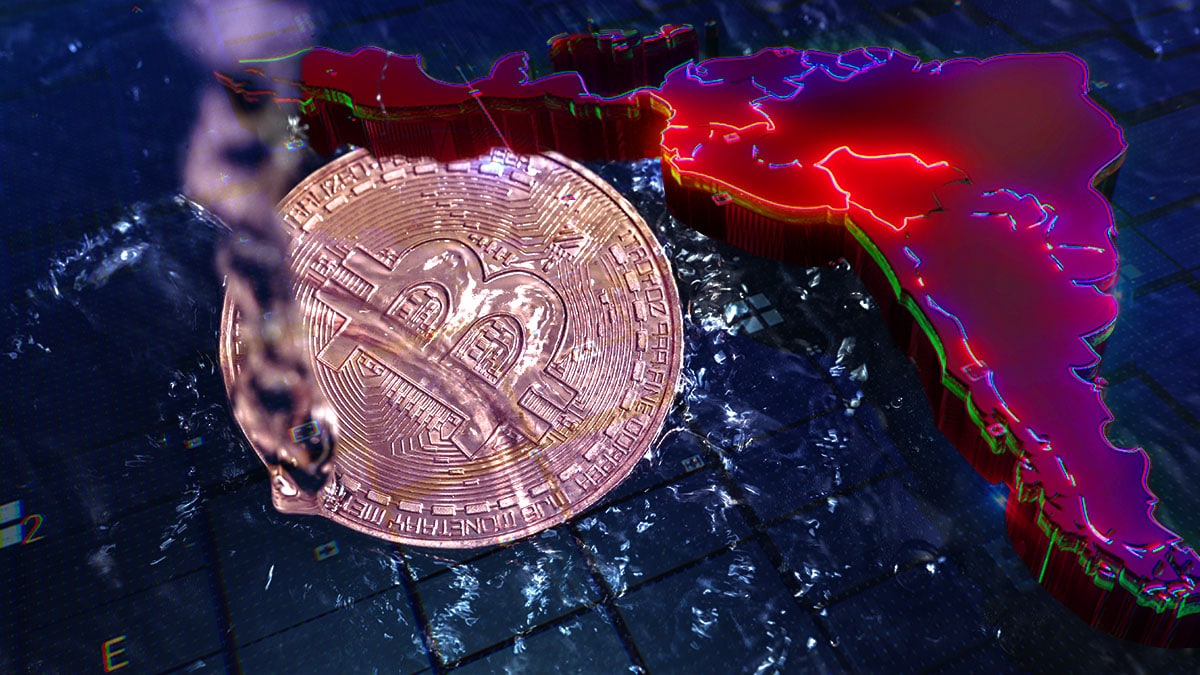 The United States, through the Department of State, provided an overall assessment of countries that it believes lack strong laws and authorities that aggressively pursue money laundering using bitcoin (BTC) and other cryptocurrencies in 2021.

Among the countries that stand out on the list, there are six located in Latin America: Argentina, Colombia, El Salvador, Mexico, Peru and Venezuela, while Spain stands out in Europe. Let’s see what the report says about them below.

According to the document, the Argentine government “does not ban or heavily regulate” digital assets or cryptocurrencies such as bitcoin (BTC).

They point out that the existing regulations are mainly related to information and tax regimes. “In May 2021, the Central Bank of Argentina and the Securities Commission issued a joint statement warning of the risks of virtual currencies.”

The United States indicates that the population of Argentina has embraced cryptocurrencies early to evade tax and more and more are getting involved in its use.

The second nation in the region indicated by the United States was Colombia. In this country, according to the State Department, despite having a “rigorous money laundering detection regime”, not all compliance systems the fight against money laundering and the financing of terrorism “conforms to risk-based best practices”.

In this sense, they say that criminal organizations use formal and informal financial schemes. In this regard, the Colombian authorities have confirmed to the United States that the Criminal groups are increasingly using crypto assets to send the drug proceeds to Colombia, but Colombian institutions “have a limited understanding of virtual financial operations,” the document says.

They add that although Colombia has extensive regulation, it has not been able to pass legislation regulating cryptocurrencies. However, they point out that the Central Bank of Colombia leads a working group on virtual assets assess the regulatory and supervisory needs of all relevant industries.

The Central American country has been one of the most criticized by the United States. This, after the adoption of bitcoin as legal tender by the Bitcoin law on September 7, a fact reported by CriptoNoticias.

In the view of the US government, the law was enacted in a hurry and it was approved with “little analysis and limited time to develop regulations that would provide for the possible commission of crimes in the area.” This includes regulations to comply with anti-money laundering and anti-terrorist financing requirements.

They consider that El Salvador has a emerging regulatory and supervisory framework for bitcoin and cryptocurrencies, as well as crypto asset service providers, so “some regulatory gaps remain.” They believe that the “poor” implementation of the Bitcoin law could “increase transnational criminal organization, money laundering and terrorist financing”.

“Financial institutions have the option to register as bitcoin exchangers, if they choose to offer these services they will continue to be subject to all anti-money laundering and anti-terrorist financing regulations. traditional financial services.”

The United States noted that in Mexico illicit actors launder billions of dollars in drug proceeds through the financial system each year.

They also pointed out that the Mexican authorities are evaluating the the risks of criminal exploitation of financial technology, including virtual currencies like bitcoins.

“Peru has encountered difficulties in applying and implementing its robust anti-money laundering regime,” the text reads.

In this sense, they indicate that part of the illicit funds existing in Peru go through crypto-currencies, as well as money transfer agencies, real estate, exchange offices, credit unions and car sales.

The United States reports that financial technology related to crypto assets is growing in the Andean country. According to the text, the Financial Intelligence Unit of Peru published a risk analysis of cryptocurrencies and bitcoin in 2021.

the Venezuela’s approach has been one of the most rigorous and forceful presented by the United States in its 2021 report.

The State Department said Venezuela was characterized by “rampant illicit financial activity and endemic public corruption,” which worsened in the past year. He directly reported to President Nicolás Maduro and his entourage to depend on various illicit activities such as: money laundering, drug trafficking, illegal mining, fraud, circumvention of sanctions and public corruption.

They consider that in Venezuela there is a “lack of action” against corruption and this creates a jurisdiction plagued by “widespread money laundering and financial crimes”.

They make sure that the money laundering is spreading throughout Venezuela including through government exchanges, the oil industry, illegal mining, and government contracts; and to a lesser extent, by commercial banking, gambling, real estate, agriculture, livestock and securities.

Across the Atlantic, on the European continent, Spain is also on the list of the United States.

The US government document acknowledges that Spain “proactively identifies, assesses and understands its money laundering vulnerabilities and works to mitigate the risks”. Although it remains an important territory for organized crime groups based in Africa, Latin America and the former Soviet Union, they add.

The report points out that cryptocurrencies increasingly used by criminals to launder their operations. Illicit profits are also invested mainly in real estate in the southern and eastern coastal areas of Spain, although they also place the money in other sectors, including services, communications, cars, works of art and the financial sector.

“Spain can do more to encourage non-governmental organizations to use regulated financial channels,” the US report said.

Illegal activities are done more with fiat than with bitcoin

Although public opinion has established the belief that bitcoin and other cryptocurrencies are used more for money laundering, a study by blockchain analytics firm, Chainalysis, published in January and reviewed by CriptoNoticias, debunks this theory. .

According to the report, over $33 trillion in cryptocurrencies have been laundered since 2017, a small number compared to widespread data on fiduciary money laundering.

According to UN figures, between 800 and 2 trillion dollars are laundered each year with fiat currency, such as dollars or euros. That’s about 5% of global GDP, according to Chainalysis.

The agency also considered money laundering to be barely 0.05% of total trading volume made with cryptocurrencies in the year 2021.