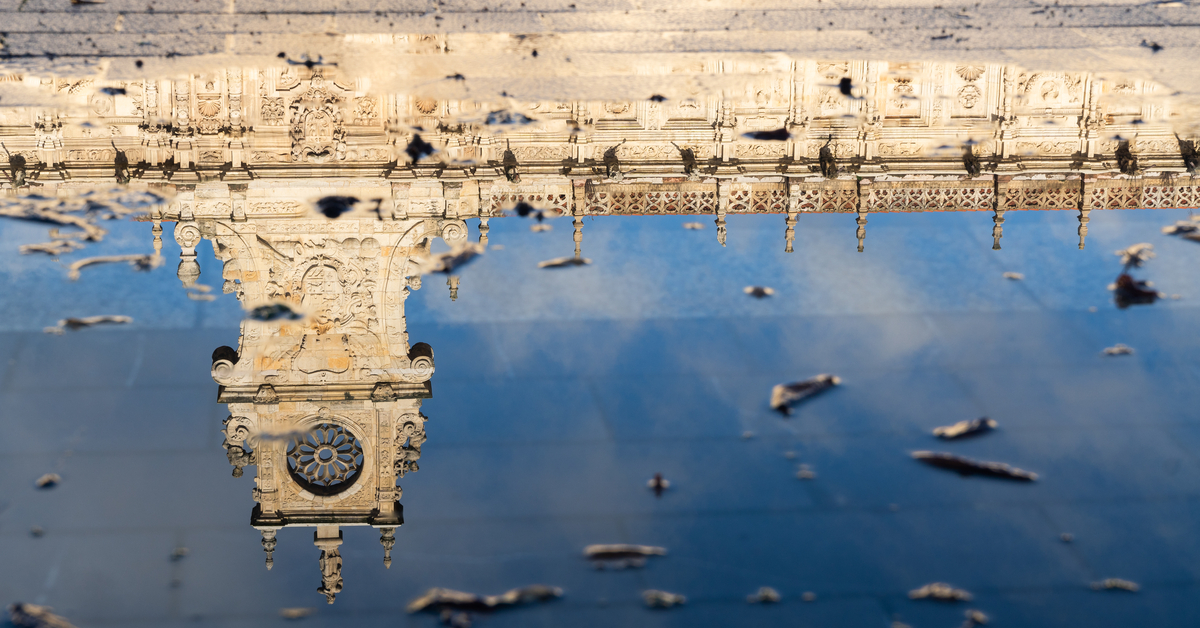 9 Beautiful Paradores To Visit In Spain

Paradores are a chain of luxury hotels in Spain and other Spanish-speaking countries. What makes them special is that they are located in historic buildings – either ancient monasteries, fortresses or castles, or in modern buildings with exceptional views of historic cities and eye-catching landscapes. King Alfonso XIII created the public company and managed it as a way to promote tourism in Spain.

The first parador was opened in Avila in 1928, and over the years the business has proven to be profitable and at the same time has made good use of historic buildings whose owners would otherwise not have had the financial means to afford. maintain the often large and sometimes dilapidated buildings.

There are paradores all over Spain, from north to south and even in the Canary Islands. They are luxurious hotels, often furnished with valuable antiques and paintings, chandeliers, tapestries and carpets, but they do not lack the modern conveniences expected of a first-class hotel. Many have exceptional restaurants, swimming pools and fitness centers. “State-run” doesn’t necessarily mean cheap. These are expensive accommodations, but in return they offer a combination of exquisite locations, history and culture.

This beautiful parador is located in Santiago de Compostela, Galicia, in northern Spain. The city is the final destination of the Way of Saint James pilgrimage. The building was erected in 1499 as a hospital and accommodation for pilgrims who traveled the Way of Saint James by the Catholic Kings Isabella and Ferdinand as part of a work of charity. It is located in the center of Praza do Obradoiro, very close to the cathedral. It is considered one of the oldest hotels in the world and consists of four cloisters, a terrace, elegant rooms and a luxurious dining room specializing in Galician fish and meat dishes. The hotel is so exclusive that you can’t walk past reception to see the rooms and lobbies unless you have a reservation. You are free to visit the garden and have a drink on the terrace. I stayed there for two nights so I know what the rooms are like. They are huge, including the bathrooms. An anecdote: I fell out of bed because the very comfortable mattress of the king-size bed rests on a rather high stone bed base and on a restless night I just landed on the hard stone floor. It is fully furnished with antiques, heavy curtains and deep armchairs. The entrance is made of huge glass doors and windows leading to the cloister. The parador’s location is ideal as it is close to Santiago’s most famous buildings, namely the Cathedral and City Hall and the bustling Abastos Market, as well as Alameda Park.

Gibralfaro is a pine-covered mountain in Malaga in southern Spain. It is crowned by the Alcazar, the ruins of Gibralfaro Castle and, right next to it, the luxurious Parador Gibralfaro. The Alcazar was the palace/fortress of the Islamic rulers and is connected to the castle by a thick wall. The parador is built in the same Arabic style as the Alcazar and so many other buildings in the area. The arcaded stone facade leads to an elegant hall and to spacious and comfortable rooms, all furnished with an Arabic touch. The views from the rooms and gardens over the city and bay of Malaga are spectacular, as is the rooftop swimming pool. There are facilities for playing golf and tennis and the restaurant offers delicious Andalusian cuisine. Take a taxi down the hill for a day of exploring Malaga’s many sights.

Located in the picturesque town of Cangas de Narcea in Asturias, the Parador de Corias is a former monastery from the 11th century. In the basement of the hotel is a museum that documents the history of the building. The rooms offer spectacular views of the mountainous landscape and the Nacea River. The recently modernized spa offers a sauna, Turkish bath, heated indoor pool and several types of massages. In the restaurant you can taste the original Asturian Fabada, a stew of white beans and chorizo. In Cangas, you can admire a Roman bridge and many churches and palaces as well as a wine museum.

If any parador deserves the nickname “palace”, it is the Parador de Leon. Located in the 16th century Convent of San Marco, it is one of the most important buildings of the Spanish Renaissance with 51 rooms and several banquet and reception rooms. The facade alone will leave architecture lovers in awe as it combines renaissance with baroque elements at different levels. The same goes for the town of Leon, which is full of remarkable buildings like a basilica and a cathedral, a history museum and Casa Botines, a house designed by the famous Catalan architect Gaudi. Friends who have stayed at the parador praised its kitchen, but found the lighting in the dining room too harsh. Sculpted gardens, a glazed courtyard and beautiful tapestries in the lobby complete the image of being in a palace.

At the top of the Montereal Peninsula, in the Rias Baixas region of Galicia, overlooking the port town of Baiona close to the Atlantic Ocean and the beautiful Islas Cies, stands the medieval fortress that now houses the Parador de Baiona . Surrounded by the walls of the fortress, the parador is a truly majestic building with a stone staircase at the entrance and beautiful gardens with a swimming pool which offer breathtaking views of the bay, the ocean and the port of Baiona. The rooms and halls are elegant and spacious, decorated with period furniture, wrought iron chandeliers, paintings and tapestries. The restaurant, once a favorite of former Spanish King Juan Carlos, serves fantastic Galician dishes, mainly seafood, bay oysters and pulp, calamari prepared the local way – plus a great wine selection. Near Baiona, you must visit a massive statue of the Virgin Mary that you can climb into, overlooking the harbour. Baiona was the first place where the news of the discovery of the New World arrived and in the port there is a replica of the pinta, one of the three caravels of Christopher Columbus.

A sumptuous Renaissance palace, located in the heart of Caceres, a Unesco World Heritage Site in Extremadura, has been renovated and transformed into the Parador de Caceres. This hotel combines history with modern amenities such as LED bulbs and sustainable heating and cooling systems. Elegant rooms feature vaulted stone ceilings with large windows overlooking manicured gardens. The city of Caceres is a paradise for art and history lovers with many other Renaissance palaces around Santa Maria Square, Arab walls, remains of an ancient Roman road, called Via Dilapidata, churches and monasteries. Extremadura is famous for its hearty cuisine and stews, a delight on cold winter days to be enjoyed in the parador’s restaurant.

Imagine spending the night in the iconic Alhambra complex in Granada, next to the Generalife Gardens in this converted convent, under the magical lights that illuminate the famous World Heritage Site at night. The combination of Arabic and Christian art runs through every room and every corner of this luxury hotel. Exceptional works of art and furniture decorate the rooms, the cloister and the cool terrace where Andalusian specialties such as gazpacho (cold soup) and piononos (rolls of sponge cake topped with cream) are served. In a few minutes down the hill you will arrive in the center of Granada where you can visit the cathedral and the bustling Plaza Nueva, the oldest square in Granada with historical buildings all around and a fountain in the middle.

Built in the architectural style of the island, that is to say with whitewashed walls and lots of wood, the Parador de la Gomera is located on the small volcanic island of the same name, surrounded by the Atlantic . From the promontory you have a view not only of the sea, but also of the much larger island of Tenerife and the volcano of Mount Teide. While many paradores are in converted and rather lavish historic buildings, this one feels like little has changed since when Christopher Columbus set out from here on his travels and could have stopped in this comfortable home to rest before his big adventure. The rooms are bathed in light with four poster beds, verandas and many wrought iron decorations. There is a swimming pool near the edge of the cliff and lush gardens with tropical plants. You can also relax in a sauna and a jacuzzi. Island specialties such as watercress stew, black potatoes cooked in their skins and palm honey are served at the restaurant. La Gomera is also an ideal place for stargazing, there are several viewpoints.

On a hill overlooking the mighty Ebro River, just before its delta, is the town of Tortosa. Suda Castle (also spelled Zuda), which dates from the 10th century and was built under Islamic rule, dominates all of this and is now home to the Parador de Tortosa. Imagine staying in a real castle, with fortress walls all around you, a dining room with gothic windows and views over the charming town of Tortosa and the wide Ebro River. This may sound rather harsh, but fear not, the hotel offers all the luxury you would expect from accommodation of this category.