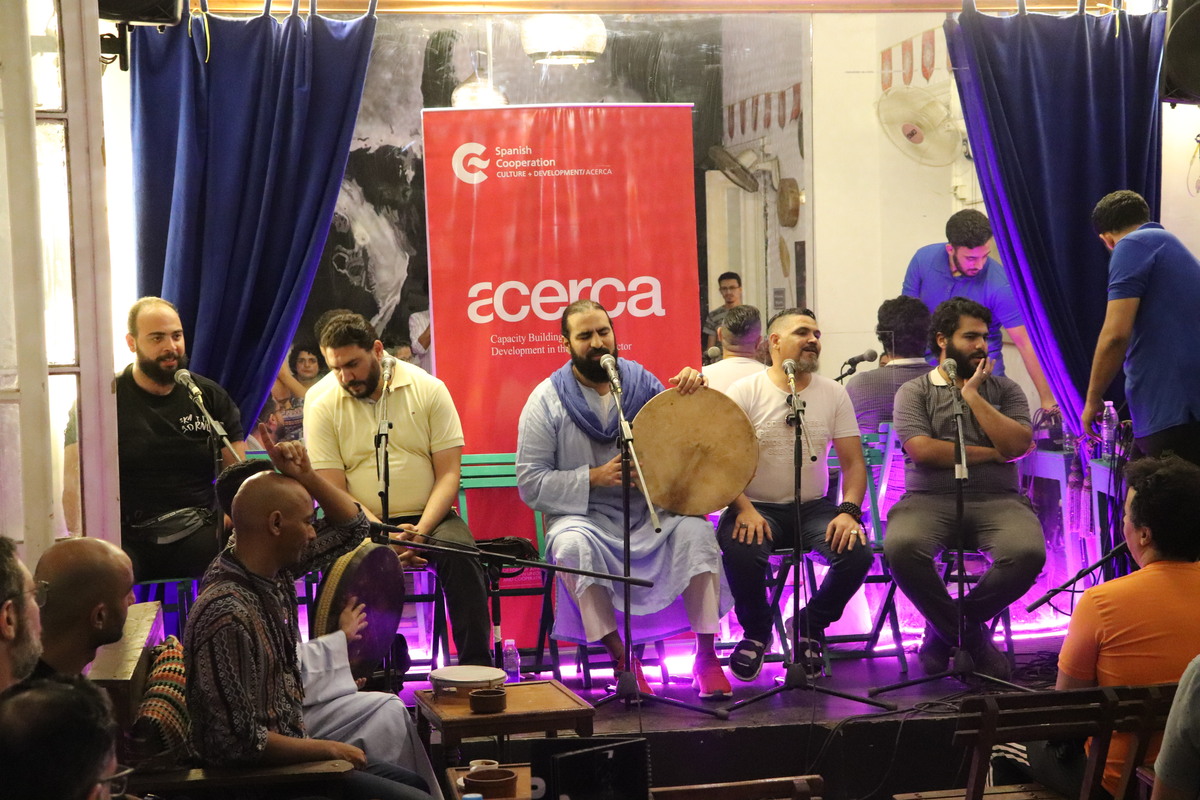 A musical journey from Spain to Egypt: reconnecting cultures through sound


A musical journey from Spain to Egypt: reconnecting cultures through sound

As music plays a role in preserving cultural memory – linking past and present – it is the need of the hour for intercultural dialogue that protects past heritage and promotes the renewal of heritage to keep it alive and relevant. for modern times.

“There’s a lot of talk right now about division and division between South and North, but I think there’s also a common horizon that shows we’re still all working together. The music, without words, brings a story full of hope and optimism.

Revitalizing the ethos of multiculturalism between Spain and Egypt, Spanish Cooperation in Egypt, in collaboration with Makan (Egyptian Center for Culture and the Arts), held a two-week workshop titled “The Unknown Spanish Levant: Musical/Historical Circulation from Spain to Egypt” with artist Luis Gimenez Amoros.

During the first week, workshop participants explored the connections between current Spanish and Egyptian music, observing music from different perspectives, including historical, theoretical and analytical. The workshop encouraged different artists from Egypt and Europe to collaborate on musical pieces in order to develop their own musical understanding. During the second week, participants took part in recording and performance practices and translated their theoretical knowledge into live performances.

“This workshop is very important because it promotes the renewal of Egyptian artistic and musical heritage. We focus on preserving folk and traditional arts, documenting them for further study. But this workshop brought new sounds and new styles of music, not only outside of folk and traditional music, but also outside of Egypt as a whole. It definitely brings a new understanding of our musical heritage,” says Ahmed Elmaghraby, Founder and Director of the Egyptian Center for Culture and the Arts in Makan.

Inside the walls of Makan was a room filled with diverse people from all over the world, dancing, clapping and swaying to the distinctive sound of Spanish guitar fused with Egyptian instruments, such as finger cymbals, flute and drums. Capturing the ocean of diversity through a single melody, the performance echoed sound waves that stretched across the Mediterranean, creating an imaginary place where cultures intersect.

“Cultural circulation tells us that maybe we need someone else to tell us where we come from,” Amoros shares.

“There’s a quote from one of my favorite movies, called the Apu trilogy, that said ‘if you talk about your village, you talk about the world’. In a way, that was very inspiring to me. My albums revolved around this key message, in particular the album Middle Passage, which references the forced migration of millions of people around the 14th century period, and the many musical styles that developed during this time due to the cross-cultural influences that occurred between Asia, Europe and Africa,” adds Amoros.

Currently presenting his trilogy album, entitled “The Unknown Spanish Levant”, which has been recorded in Mexico, Spain and Egypt, Amoros teaches the musical styles included in the album in workshops to illustrate the cross-cultural rhetoric of ancient Andalusian/Levantine music, and the commonalities that exist between Spanish, Latin American and African music.

As a teenager in Spain, Amoros was mainly exposed to protest music, which developed in him a sensitivity for other cultures and an emotional urge to visit Sahrawi refugee camps. It was these camps that marked a turning point in his career, as he was introduced to different musical styles and realized that there was a lot in common between Spain and North African cultures.

“I realized that there is a cultural circulation [of] more than identities, and an example of commonalities is the common complaint that exists in the music of both cultures.

The workshop participants were also influenced not only musically, but also personally and culturally. Toqa Elhagrassy, ​​who plays the qanunand Mohammed Nabil, who plays piano and harmonica, developed their musical knowledge and styles through the workshops, and also enriched their understanding of their local culture and identity.

“I was only exposed to Western music from a young age, and so this workshop helped me use more Eastern sounds in my music and get closer to my North African culture. [heritage]“, explains Nabil.

“I have been playing music for 20 years and I focus more on classical Egyptian music, such as Abdel Halim Hafez and Oum Kalthoum, but these workshops have definitely improved my musical memory and taught me to incorporate Spanish musical styles into my music as well. the Egyptian style. , which creates a very different mix that allows me as a musician to develop new songs,” adds Elhagrassy.

While it is difficult to imagine a truly global culture in our world today, the works of Luis Gimenez Amoros remind us of the importance of creating an imaginary place that produces hopeful narratives and implants the ideas of multiculturalism that renew our intangible heritage.