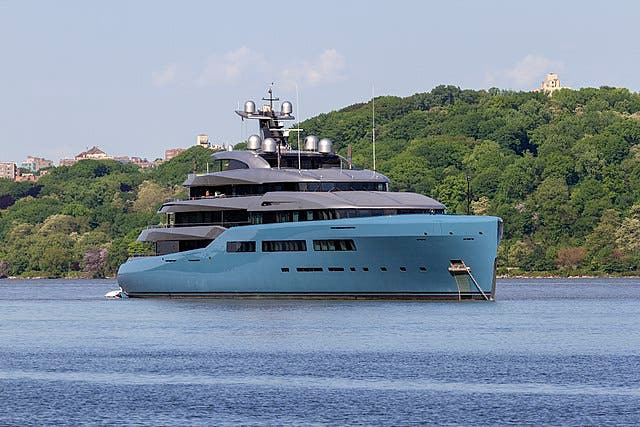 A premier megayacht owned by a British billionaire docks in Malaga, Spain

At a staggering 98.4 meters in length, the Aviva megayacht, built for a British billionaire, is the largest private pleasure craft to visit the new superyacht marina to date.

Minutes before 9 a.m. yesterday, Tuesday August 9, the megayacht Aviva arrived in the port of Malaga and moored at pier number two of the facilities of the IGY Malaga Marina, which officially opened on July 15.

The Aviva, built for the Bahamas-based British businessman Joe Lewis, who in addition to managing several companies is the main shareholder of the English football team Tottenham Hotspur, is the first yacht of such magnitude to dock in the new facilities of the marina of Malaga.

Launched in January 2017, Aviva was designed by British design studio Reymond Langton, with a layout including a life-size paddle tennis court and gigantic interior spaces described by many as “mystical”.

This steel-hulled superyacht with a four-deck aluminum superstructure can accommodate a total of 16 passengers in her eight suites.

Endowed with rounded shapes and a very advanced bow with the wheelhouse almost at mid-length, this ship sailing under the flag of the Cayman Islands is also distinguished by its turquoise hull; a color completed by the gray of its superstructure and the yellow of the upholstery, in particular the awnings, which adorn its upper deck and which shows that on board this megayacht the superstition of the color yellow does not exist.

2022-08-10
Previous Post: ERC to host season finale at WRC RallyRACC round in Spain
Next Post: LATEST: What you need to know about traveling to Spain from the UK