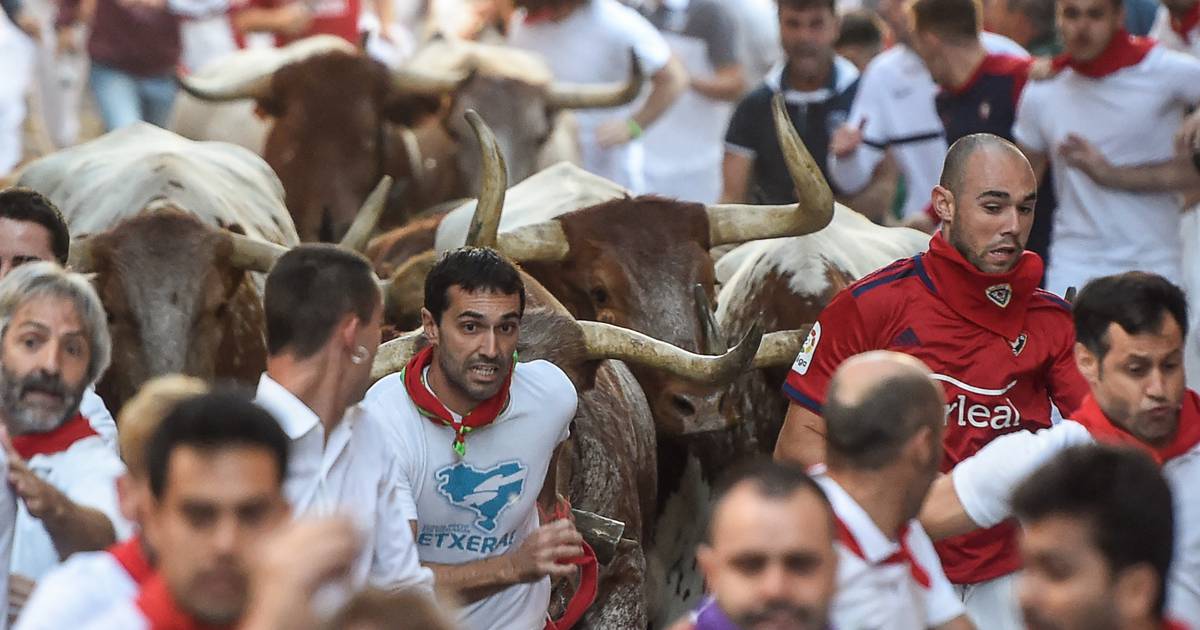 This week the town of Tordesillas in the plains of central Spain held its annual Toro de la Vega festival, in which a bull is chased into nearby fields by locals in a tradition that dates back centuries. centuries. Until recently spears were used to stab the bull repeatedly until it collapsed and died, but these weapons have been banned since 2016 and the chase now ends with the bull being taken away for slaughter .

Toro de la Vega marks the end of the season of summer festivities across Spain in which bulls and cows are baited by participants. But while the use of animals at these events remains a point of contention, it is the welfare of the humans who take part in them that has recently come under increased scrutiny due to a death toll. alarming.

Seven people have died in the Valencia region alone this year after being gored while taking part in local festivities, prompting El País newspaper to call this a “black summer” for such traditions. Three other people died elsewhere in the country during similar festivities.

“Is a fiesta in which people die really a fiesta?” asked Aitana Mas, vice-president of the left government of the region of Valencia.

“What would have happened this summer if these seven people had died in forest fires? she says.

Valencia is home to the Bous al carrer tradition in which bulls run freely through the streets and squares of towns, mingling with onlookers. There are several variations, which can also be seen in Catalonia, involving participants, usually young men, running near the animal or even pushing it trying to avoid being gored. In another form of the tradition, the Bous a la mar, bulls are lured by onlookers to jump from a dock into the sea.

The death toll this year in Valencia is the highest on record. The victims included a 73-year-old woman and an 18-year-old man, who were both gored in separate events, and a 64-year-old French tourist who was trampled by a bull. Around 300 people were also injured, including a 15-year-old boy who was gored in the leg.

Germán Zaragoza, the president of the association that oversees the Bous al carrer festivities in Valencia, said that this year there have been more events than before the pandemic, totaling around 7,000, and 25% more people . This has been mentioned as a possible reason for the number of dead and injured.

As the death toll rose this summer, local authorities in the town of Tavernes de la Valldigna canceled their own festivities, which were due to take place this week. The city’s mayor, Sergi González, of the left-wing Compromís party, said the decision was based on the fact that “society is changing” and that the risk associated with the party was too high.

While other cities have discussed the need for increased security measures, some have raised the possibility of holding referendums on the continuation of their festivities. In the town of Massamagrell, the socialist mayor, Paco Gómez, proposed that the town hall pay for insurance coverage for future festivities, thereby taking responsibility for injuries or deaths.

All of this has opened up a fierce debate over the Bous al carrer, meaning familiar battle lines have been drawn on an issue that has long had a political tinge.

The right in Spain has traditionally presented itself as an advocate of bullfighting and related festivities. While the centre-left Socialist Party has tended to be more lukewarm on the issue, parties more to its left, such as Compromís, have actively campaigned to ban such activities locally on animal rights grounds.

The latest controversy prompted the leader of the conservative People’s Party (PP) in the Valencian province of Castellón, Salvador Aguilella, to accuse the left of using “politicians that try to impose signs of identity on us” and he insisted on the fact that the Bous al carrer are “a party that is part of our traditions”.

The political right frequently accuses the left of using the anti-bullfighting campaign and animal-based town parties as an electoral weapon. A bullfighting commentator, writing on the Toros de Lidia news site, said that “the death of these unfortunate people helps the commies who govern in many towns in our region… as they try to ban this tradition “. The writer then pointed out that more than 200 people have drowned this summer in the sea or in swimming pools, asking: “Do we close the beaches to avoid such accidents?”

Meanwhile, concerns about the safety of those attending the parties have reignited the debate over animal rights. A petition to ban Bous al carrer in the Valencian town of Jávea has collected more than 36,000 signatures in recent days, while warning that those who take part in such festivities “are often drunk or drugged” and describing the events as “torture disguised as tradition”.