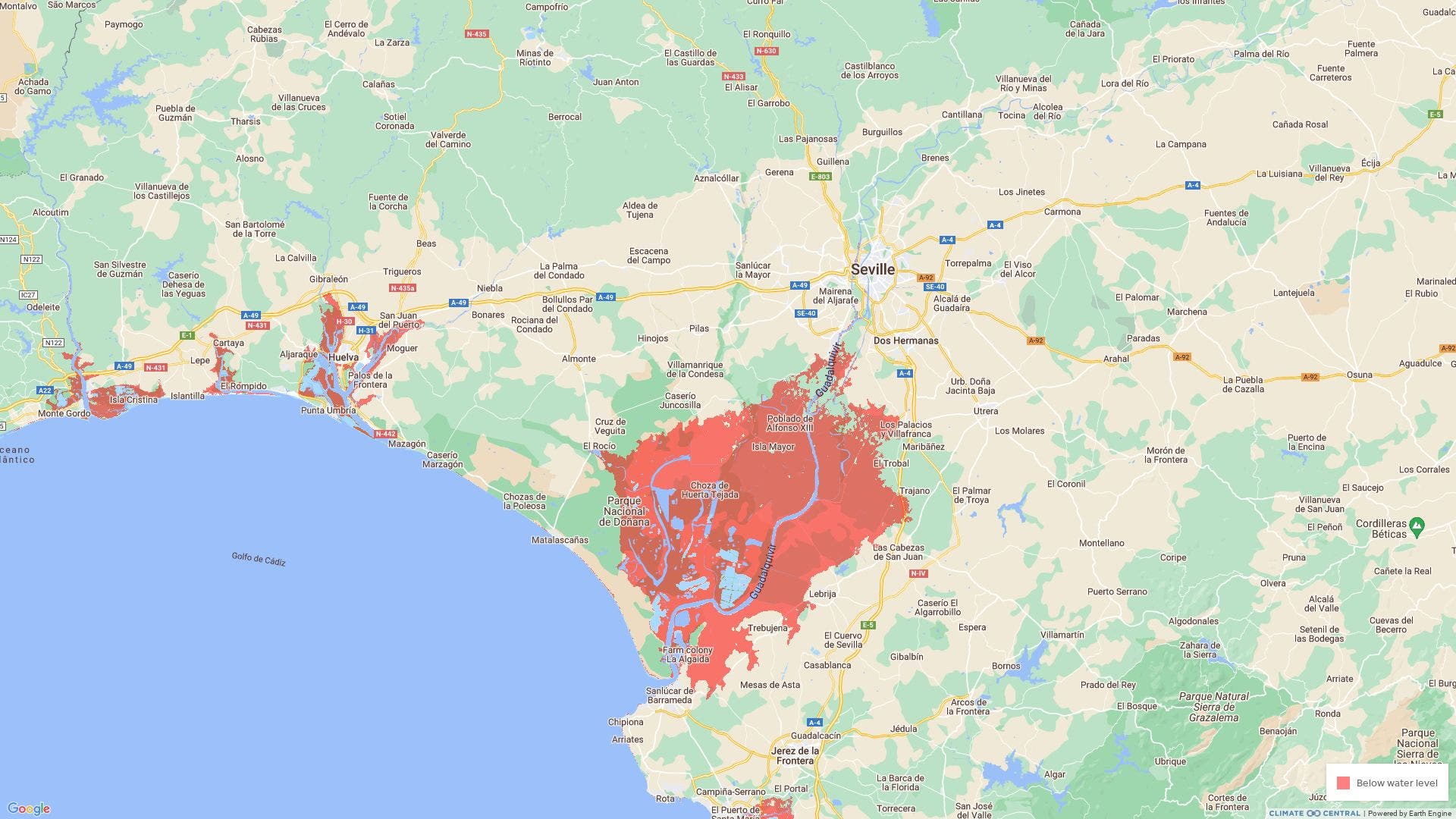 Thousands of homes and businesses in Andalucia and along the Costa Blanca could be completely submerged by water by 2050, according to new research.

According to Climate Central, some of the areas in Andalucia at risk of being underwater included Huelva, Cadiz, Barbate and Los Barrios.

The climate change research group released an interactive map, and any area in red represented land under 1m of water, due to sea level rise, tides and storm surges.

There were many towns and land masses along the Guadalquivir River en route to Seville completely submerged.

The map showed that the sea completely engulfed the land almost to the outskirts of the Andalusian capital.

The center of Cadiz was completely cut off from mainland Spain as the surrounding land and towns fell below sea level.

The oceans have felt the effects as humans continue to dump greenhouse gases into the atmosphere.

According to data from the National Oceanic and Atmospheric Administration, mean sea level has risen more than 9 inches since 1880, of which about three inches have been gained in the past 25 years.

The figures also showed that sea level rise is expected to rise by one foot by 2050.

The Costa del Sol remained largely untouched according to the Climate Central map.

But the Costa Blanca has not been so lucky, with beaches all along the sunken coast.

The area around the Pobles del Sud wetlands, just outside Valencia, was also affected, with the mass of water rising and engulfing nearby land and homes.

2022-10-27
Previous Post: Veteran rockers Iron Maiden play three dates in Spain in 2023, including ‘biggest’ concert ever in Murcia
Next Post: The Tour de France ’23 will start in Bilbao, Spain, will cover 2,115 miles