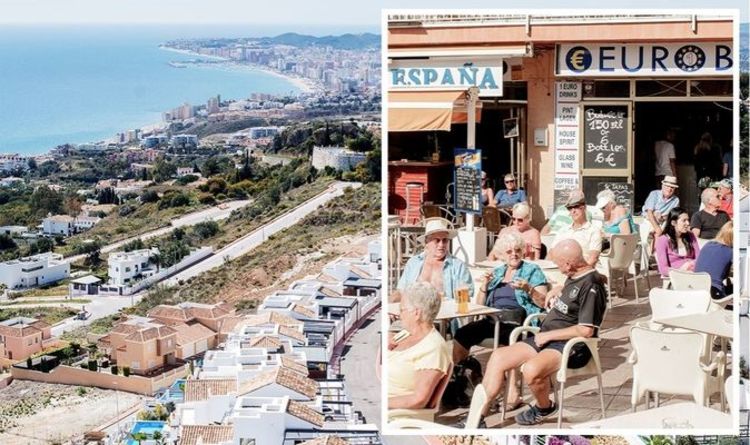 When the UK left the EU last year, UK nationals began to be subject to the same rules as other ‘third country’ citizens. Since the end of the Brexit transition period in early 2021, UK travelers have only been allowed to spend 90 days out of a 180-day period in the Schengen area. The Schengen area is a region of 26 countries, including Spain, which have abolished their common border and passport controls.

The Spanish property market has felt the impact of the new post-Brexit limits on British travelers to Europe, according to local experts.

Up to a million properties in Spain are owned by the British and British buyers continue to represent the largest proportion of foreign investors in the Spanish market.

However, now that the EU’s 90-day visitation rule applies to Brits, many have seen their access to their holiday homes curtailed.

UK owners of second homes who are not Spanish residents could spend up to 183 days in Spain before Brexit, allowing them to move away from the UK during the winter months.

But some people in that group – who are often referred to as “swallows” – are now “selling” their properties due to their restricted access, according to Maura Hillen MBE, an Irish expat and Spanish property expert.

JUST IN: Tragedy as missing toddler of British expatriate mother, 3, is found dead in burnt out car

Ms. Hillen is the spokesperson for AUAN, a real estate association based in the southernmost region of Andalusia in Spain.

She told Express.co.uk: “You see people selling for this reason why keep a property in Spain if you can only visit it 90 days in a 180 day period.

“So in terms of ownership, that’s more or less the picture as I see it right now.”

However, she pointed out that there are other Europeans who are “taking over” left by the British packing up and leaving.

She said: “But the impact is not that noticeable as there are a lot of Belgian, French and Dutch buyers in the area if a British sells.

Ms Hillen explained that in the region of Murcia, which borders Andalusia, the effects of Brexit on UK owners are also being seen.

She said: “The most important impact area will probably be these ‘swallows’, people who like to spend more than 90 days in Spain.

“Certainly speaking to the president of an association of residents of a large urbanization in Mazarron in Murcia, he tells me that he can see that a lot of people who have bought properties to spend the winter months here as six months they are selling.

“There is no visa that allows this and I can confirm it because I had to write to the Spanish consulate in London to question this.

“They have confirmed that there is no visa that allows you to stay.

“It’s either 90 days or becoming a resident and if you don’t want to do that then there is no visa that will offer you an alternative.”