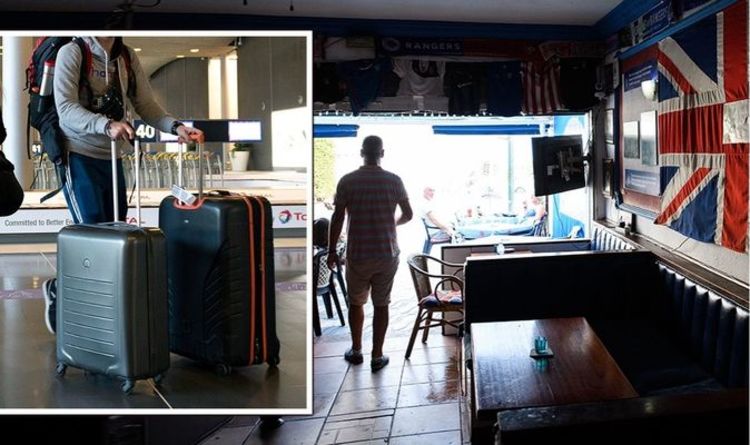 Brexit news: British in Spain say: ‘The dream is over, let’s go back to the UK’ | World | New

After the UK left the EU on January 31 last year, an 11-month Brexit transition period was put in place. During the transition period, EU law still applied to the UK and the country was still treated as a member of the 27-nation bloc. However, UK nationals, including those overseas in countries like Spain, are now considered “third country” citizens by Brussels. Over 360,000 Britons have Spanish residences, while thousands more are believed to be residing in the country without being registered.

Since Brexit, holidaymakers and other travelers from the UK who are not Spanish residents can only visit Spain for a maximum of 90 days at a time in a 180-day period.

Longer stays require visas, causing hardship for thousands of British second home owners, some of whom would previously spend up to six months in a row in Spain.

British expat Bill Anderson, 63, who moved to Spain in 2002, told Express.co.uk that amid Brexit and the COVID-19 pandemic, some Britons are now returning to the UK.

The Scotsman, who is an advisor to the Partido Popular in Spain, lives in Mijas on the Costa del Sol.

He said: “A lot of people, their businesses have gone bankrupt or they just aren’t earning enough to make a living.

JUST IN: Start a revolution? “Napoleon Macron” mocked the navy blue change on the flag of France

“They decided ‘the dream is over, let’s go back to the UK’.

“But I have also known a number of elderly people, some of whom are widows, men or women, and have decided ‘I don’t want to be alone here anymore.’

“They don’t speak the language in many cases, they feel isolated, they feel they have a problem that they cannot communicate.

“So they go back to the UK where they feel safer and more comfortable dealing with whatever issues they have.”

Mr Anderson acknowledged the impact of the pandemic in Spain, which has imposed stricter lockdown measures than the UK.

In some cases this has caused huge delays and increased costs for UK businesses.

Mr Anderson said: “I know a number of families over the past few years who have come back, they have worked really hard to try to make a living here.

“Especially on the Costa del Sol, where people think paying you € 1,000 is a good salary when it costs you € 800 to rent an apartment.

“So earning a living here for a long time has not been easy.”

However, there are signs of a rebound, with more than five million international travelers entering Spain in August 2021, according to the latest government figures.

The 172% increase from the same month last year saw the British become the largest market, with the number of British travelers tripling compared to August 2020.