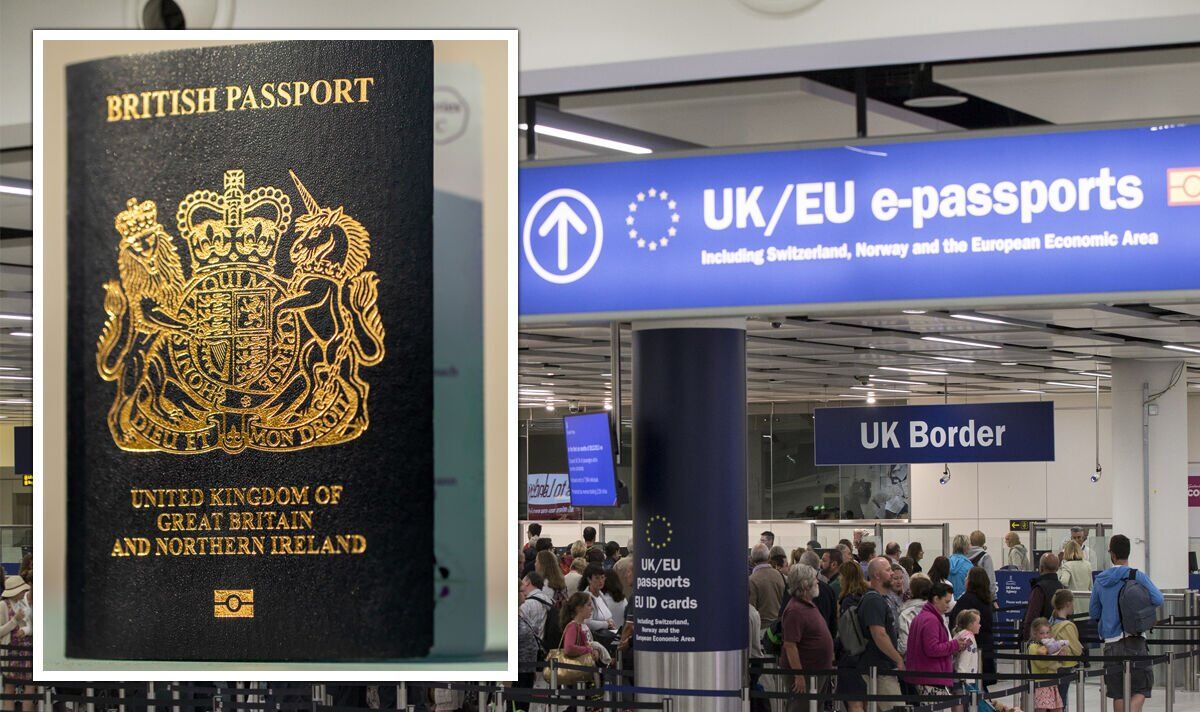 Another traveler, Susan Bullock, told how the Remainers refused to go through “all other passports” at Madrid airport because they were “still European”. She posted on Twitter: “Hats off to the two young Brits at Madrid airport earlier who refused to go to ‘All Other Passports’, insisting they hadn’t voted for Brexit, they were still European…and they got away with it!”

People on Twitter were quick to praise the men for their actions, with Sue Willis writing, “Respect to them. I was going to wear my EU flag badge when I arrived in Greece”.

Another, Claire Savage, said: “I will do the same every time I go to Europe.”

an enthusiastic communicator said: “Great, they have taken a stand. So agree with them!

While David Cheese claimed the Remainers were being punished.

He responded by saying: ‘As a Europhile and a regular business traveler to Europe, I was disappointed that some countries made things more difficult than necessary with the disabling of recognition of UK passports at automated gates.

“They are hurting those who did not vote to leave the bloc.”

Carolyn McCleary said: Do you realize that we are still part of Europe and therefore still European?

MBalley said: I voted for Brexit but I’m still European. Check the map. The United Kingdom is still on the European continent.

Since Britain voted to break free from the bloc, British citizens cannot use EU passport gates and are asked to use separate lanes from EU citizens when queuing.

While Brexit has seen Britons hand over new passports – which are based on the country’s traditional pre-EU passports.

Blue passports were first introduced in Britain in 1921, but were phased out after 1988 when members of the European Economic Community – now the EU – agreed to harmonize the designs with a burgundy color .