On the one hand, one cannot really blame Christopher Columbus for having spent nearly four years contemplating the sparkling waters of the bay of Cadiz before embarking on a journey to a place to which his friend Amerigo Vespucci would later lend. her name.

But, even taking careful preparation into account, four years seems a bit too much. So who wouldn’t hesitate to leave the bay of Cadiz with all this wine, sherry, seafood, dances and sun?

At least Columbus’ navigator Juan de la Cosa used his time wisely. Paving the way for other conquistadors, he drew the first world map to include the New World in the Bay of Cadiz in 1500.

So there was Cadiz, just five centuries ago, the hub of the known world – and today you can’t even take a direct flight there. Which, along with the Spanish serendipity, gave this ancient seaport a feeling of “partiality” which is quite irresistible.

Winter can be a slack time for festivities in Europe, but I was lucky in old Cadiz.

After swimming in the still warm waters of the town’s charming beach, La Playa de la Caleta, I walked back to my hotel via Avenida Duque de Najera.

The big event of the day (actually one of the two big events) had just started. An elderly lady had opened the door of her car when a bus passed. Somehow the door was now recessed into the bus.

Everyone had an opinion – the lady, the bus driver, all the passengers, the Guardia Civil officers, the woman selling wine on the beach, a man on horseback, a family on a Honda 50cc motorcycle – and me.

The other big event of the day was planned that evening. La Patrona de Cadiz – Notre-Dame – was on a stroll through the old town. And when I say old, I use that word with some precision – parts of the city go back 3,000 years.

Mounted on a huge wooden platform, the statue of Nuestra Señora del Rosario paraded through the cobbled streets. The parade was accompanied by uniformed brass bands, town bands, church bands.

Cadiz musicians like to keep their hand at every available opportunity – this one, in addition to honoring Our Lady, was rehearsing for the carnival next February.

After a confinement layoff, the pre-Lent carnival is back from February 24 to March 6. 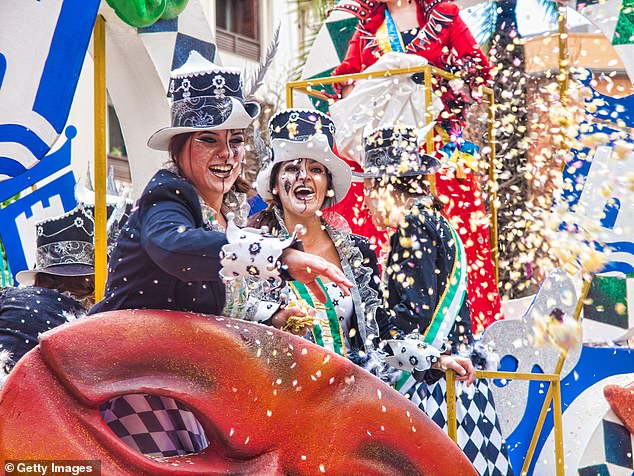 The revelers at the city’s famous carnival, who are considered the craziest in Spain, according to Mal

Given that we missed a year, it will probably be even more outrageous than usual. On Shrove Tuesday in Great Britain we bake pancakes. But elsewhere in the world, carnival is reaching its crescendo. Music, drinking, general debauchery and extravagant fireworks, this is the summary of many pre-Lent festivals in southern Europe.

I only have to say that the festivals in Cadiz are considered the craziest in Spain. And in a country where there is a glaring lack of words to “calm down”, that is reasonable boasting. Just bring your own fire retardant gear, as a friend from Cadiz told me.

Carnival lasts two weeks, but with orchestras and choirs, theater troupes and flamenco dancers training every week, the atmosphere is carnival all year round.

Meanwhile, back in town, the Patrona swayed through the narrow alleys. I watched her from an old tapas bar as she walked quietly back to Cadiz’s huge Baroque cathedral. 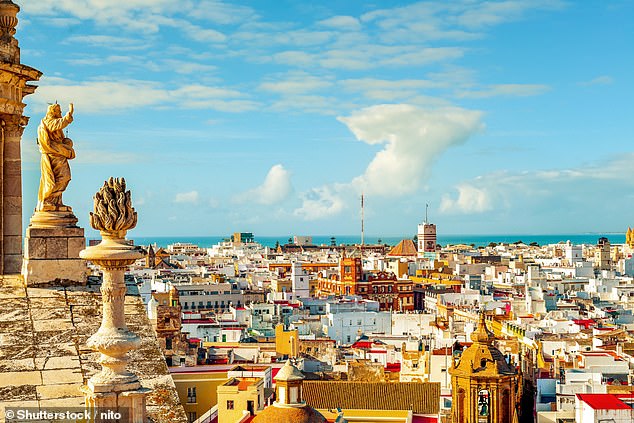 Cadiz, pictured above, will host its annual carnival from February 24 to March 6 next year

The carnival festivities, just like the Easter processions and the La Patrona walkabout, follow a roadmap started by these indomitable traders, the Phoenicians.

If you want to worship Mammon after your contact with spirituality, the shopping district around Plaza San Juan de Dios is a short walk away. From there, stroll to Plaza Libertad, home to Spain’s oldest covered market. Life in Cadiz is a communal affair, carried out in the streets, in the bars and in the squares under the lemon trees. In Plaza de San Antonio, as the sun set over the Atlantic, I drained my glass of cava and watched the cheerful life of Cadiz unfold around me.

Nearby, an elderly man was gesticulating wildly into a phone, shouting at 120 wpm, with occasional bursts of up to 160.

Probably saying: ‘Madre mia! What do you mean, you opened the car door when a bus passed?