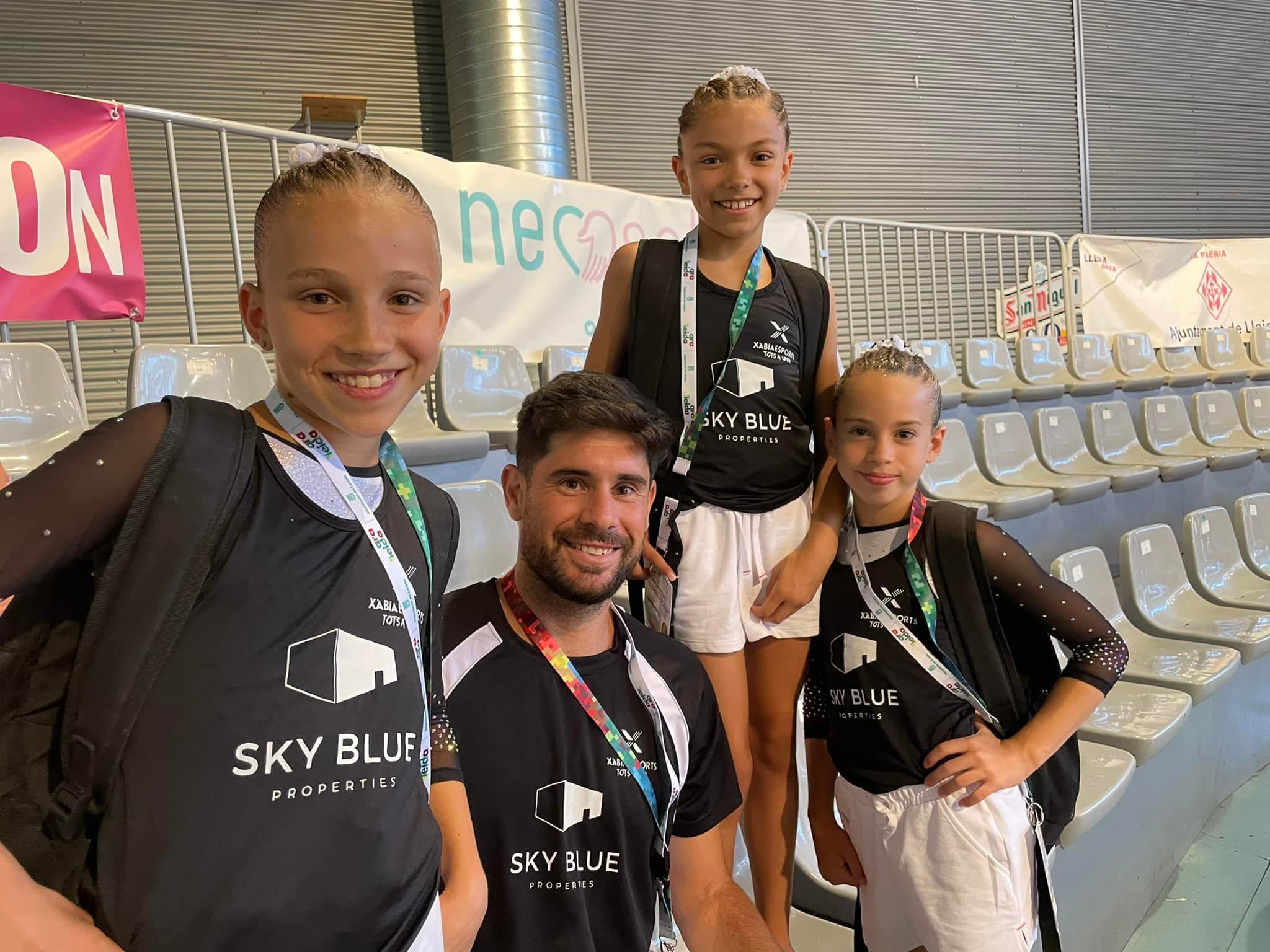 YOUNG gymnasts from a club in Javea made waves recently at the Spanish National Championships in Lleida.

Club Deportivo Montgo Javea was created in 2006 by a group of parents to showcase the discipline of rhythmic gymnastics.

Eight years later, the club expanded to include the discipline of artistic gymnastics.

She was helped by Rimma Kairulina, a rhythm coach from Kazakhstan who specializes in creating floor routines and flexibility for gymnasts.

After the pandemic and a prolonged closure, the technical team was greatly impoverished.

The club scoured the country for new coaches and was fortunate enough to create a new technical team led by new women’s coaching manager, Camilo Caceres from Argentina and Marcos Martinez Ramallo for the men’s team, which is one of the few international gymnastics judges from Spain. .

The trainers were also joined by Eliana Cepernic and Uxia Noya who work with the children’s initiation team.

11 girls between the ages of 7 and 12 took part in the national championships in Lleida in June and achieved an astonishing selection of results in all age groups and in all disciplines.

The young gymnasts train 20 hours a week, 6 days a week and Club Deportivo Montgo Javea recognizes and congratulates them and their families and coaches, who have made it all possible.

The club also thanks Sky Blue Properties of Javea for their sponsorship of the national events.

The next step for boys and girls will be another national competition in Pamplona between July 20 and 23.

Club Deportivo Montgo Javea is the only artistic gymnastics club in the Marina Alta area.

Any budding gymnasts or kids looking for a fun activity can contact the administrator, Elena at cdmontgoxabia@gmail.com for a free trial session.

MORE NEWS ON THE COSTA BLANCA:

2022-07-17
Previous Post: Malaga will install a new zip line on the beach of San Andres
Next Post: European heatwave turns deadly as wildfires rage from Spain to Greece