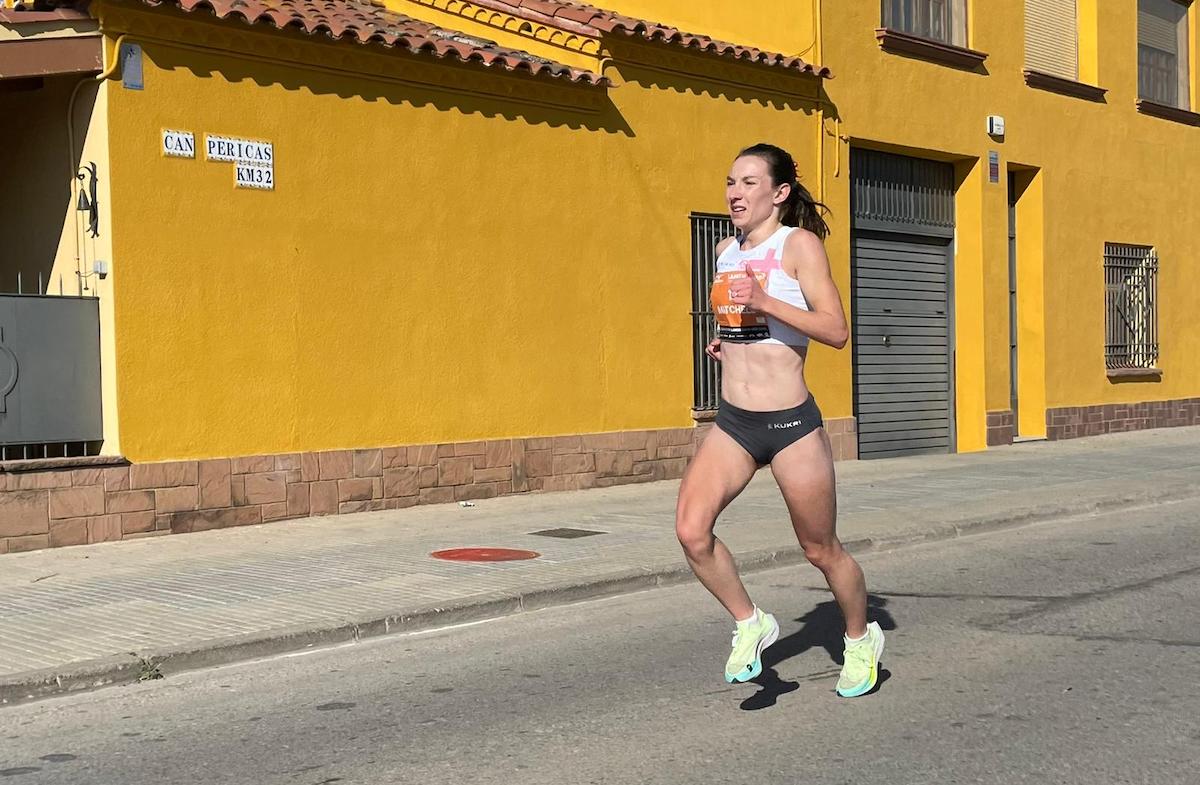 Another week full of action to bring you, so I’ll get to it right away!

The last two days have been a good reminder that the indoor season is in full swing, with many competitions across the UK and further afield bringing a host of memorable performances, particularly on the pitch.

Let’s start with the Czech Indoor Gala in Ostrava on Thursday. The particularly fast track delivered once again, with lifetime records for seven of the eight British middle-distance athletes competing. They included Elliot Giles, who took nearly a second off his indoor best with a 3:35.93 for the race win. This time also places him sixth on Britain’s all-time list. In finishing sixth, Piers Copeland clocked his first indoor world standard of the year in 3:38.64, while Archie Davis clocked a big indoor best (3:40.28) in ninth.

There was a 1-2 Briton for the women over the same distance, as Revee Walcott Nolan erased her indoor record with 4:10.53, her second PB in as many races this year. Making her debut in the 1500m indoors and after leading for much of the race, Adelle Tracey finished close with a time of 4:10.88.

In the 800m competition, Tom Randolph bettered his best indoor record, set last week, by more than half a second (1:48.11).

A new dynamic athletics? May be

On Saturday, Glasgow hosted the first indoor Dynamic New Athletics, a new concept which sees athletes compete for their country with a range of athletics events. This event included teams from England, Scotland, Ireland, Wales, Spain and Portugal, and it seemed to be well received. However, the highlight of the day came in the pre-event races as Jenny Selman ran a stunning 2:00.70 over 800m. That time was not just a PB, his fourth of the year, but a qualifying time for the World Indoor Games and the Commonwealth Games.

Direction the United States and the Camel City Elite (big name) in North Carolina. Continuing the fine depth of British racing, Sam Atkin became the fifth man to go under the world indoor 3000m qualifying time in 2022 with 7:46.79, while Charlie Grice bettered his best this year on the mile with 3:57.22.

A lot has happened on the roads too.

the Granollers half-marathon took place in Spain with a team of seven athletes representing England. Official results have yet to be released but Naomi Mitchell finished 3rd in a new PB and is thought to be inside in 73:15. Lucy Reid made a welcome return to the half marathon distance after a tough year with injury to finish 4th in 73:40 (unofficial). Chloe Richardson set a PB finishing 5th in 74:50 with Sophie Wood competing with the team (time TBC).

Ross Millington led the men home to finish 4th overall in 65:04, and we’re waiting to hear the times from Norman Shreeve and Matthew Crehan. Official results will be posted here.

Sunday saw the Chichester 10k, marketed as one of the oldest and fastest races in the country, although new organizers for 2022 have introduced a new course which starts and ends in the Goodwood Motor Circuit. The new course looks to be just as fast, with Joshua Grace (30:47) getting the better of Jack Woods (30:50) and Ben Brown (31:00). Tessa McCormick had a more comfortable margin to claim victory, her 34:50 almost half a minute ahead of Emily Ruane (35:18) and Cassie Thorp (35:50).

Goodwood also hosted PB5K the same day. Building on the success of last year’s events at the Ardingly Showground, it was the turn of Eileen Beach (5.18pm) and James Beeks (3.30pm) to add their names to the list of winners.

Sunday also saw the return of the Watford Half Marathon, incorporating the Hertfordshire Senior County Championships. It’s a race that’s been running for over 40 years, and this year comes with extra kudos for its sustainability drive to swap finishing shirts for planting a tree for every £100 entry fee . Mohammed Elbayan (72:53) and Rebecca Bunting (81:30) had respective wins.

Stay with the half and the Great Bentley Half Marathon. Honors went to Joshua Entwistle (69:24) and Katie King (84:48), the race records held by James Connor and Helen Davies living another day.

the Alsagar 5 took to the streets of Cheshire, one of many popular five-mile road races that have taken place in recent weeks.

Another series of good results came during the Dewsbury 10k, although the applause goes to Joe Sagar for a fantastic solo run, his 30:37 putting him nearly a minute ahead of the rest of the pack. A total of 43 athletes ran in less than 34 minutes. Rhianne Hughes’ time of 34:33 was the fastest women’s time.

Cross-country might be winding down, but that doesn’t mean there aren’t results to bring you mud.

One of the highlights of the year in cross-country is the BUCS Championships, who made a welcome return to Horseden Hill on Saturday. There was a great atmosphere and lots of noise as some of the best athletes in the country took the class.

The men’s long course race saw the athletes cover 10km, and it was Will Battershill who took the title, finishing thirteen seconds ahead of Zakiriya Mahamed, with Matt Stonier five seconds behind. Kirsty Walker worked hard to forge a significant advantage over the rest of the women’s 8k long course field, crossing the line more than half a minute ahead of Abbie Donnelly and Megan Keith.

Fast forward 24 hours and the European Cup of Cross-Country Champion Clubs at Oeiras in Portugal, with British representation from Aldershot Farnham district and Central AC in the senior women’s and men’s races respectively, with AFD also fielding a team in the mixed relay.

Well, it’s not quite cross country, but the 34th edition of the Charnwood Hills drop race was held, and although the results weren’t found, we understand that Tom Evans won victory. Keep an eye out for updates!