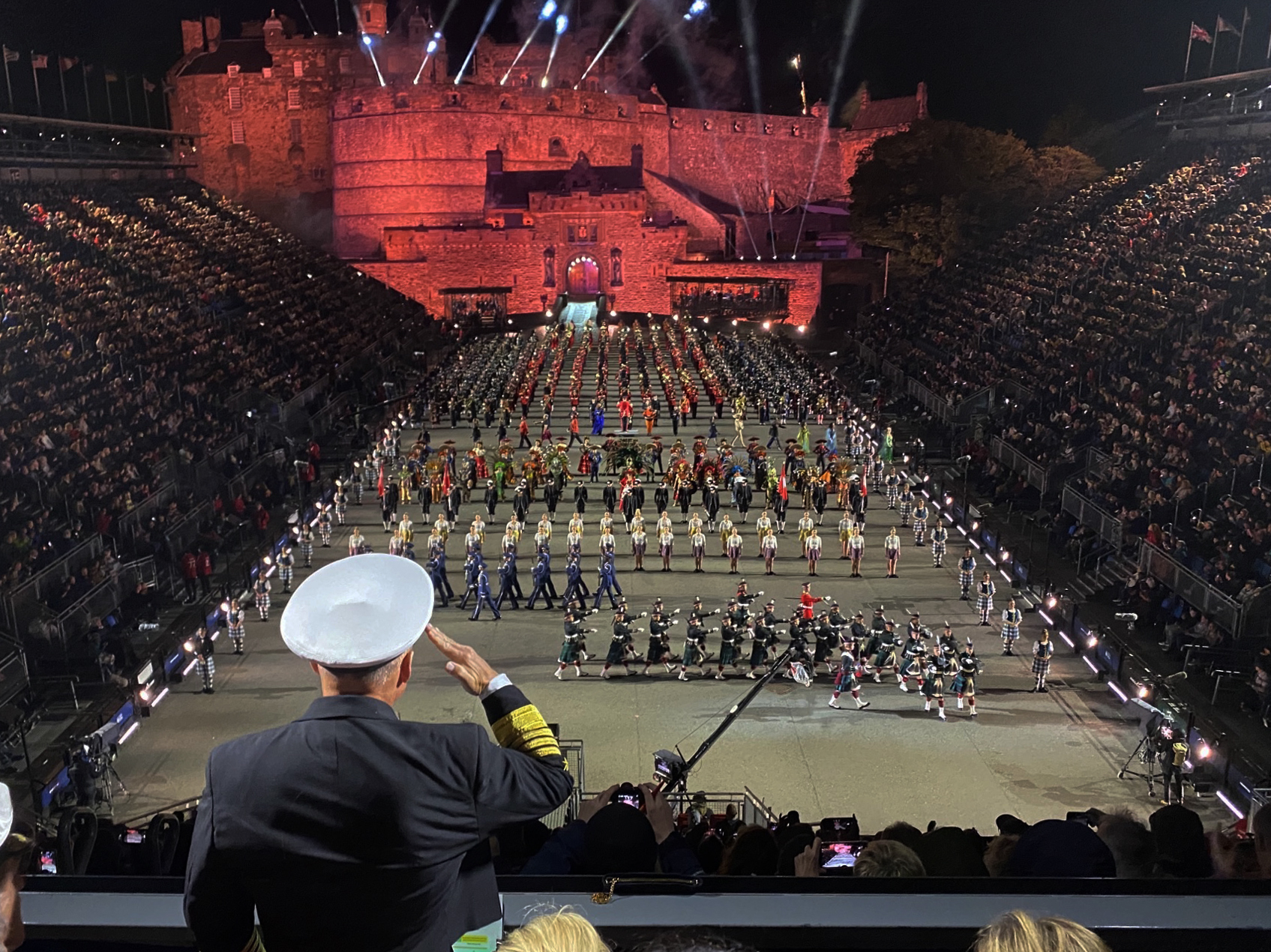 The CNO spoke with U.S. sailors, as well as military personnel assigned to allied and partner militaries in Rota, Spain, London and Faslane and Edinburgh, Scotland.

Gilday participated in a flag-raising ceremony alongside Admiral of the Spanish Fleet, Adm. Eugenio Díaz del Río Jaudenes, where together they hoisted the Spanish flag aboard Bulkeley.

Speaking to the media afterwards, Gilday explained the importance of the presence and the strength of the partnership between the US and Spanish navies.

“Spain remains one of our closest partners, especially in the maritime field,” Gilday said. “The world economy floats on sea water…the ability of the United States Navy to forward deploy our destroyers to Spain is an exceptional opportunity for us to help keep sea lanes open, to work in close collaboration with our allies and partners.”

He later explained, “Our ships here in Rota are equipped with the most advanced capabilities and, together with the Spanish Navy, we will continue to operate and sail side by side to reassure our NATO allies.”

The Gildays also visited and spoke with sailors assigned to Arleigh Burke.

“What you do on a daily basis is not insignificant. I am extremely proud of this ship and all that you do, the ship means nothing without the crew and it is an exceptionally talented and dedicated team of fighters,” Gilday said addressing the sailors.

Gilday began his UK engagements in London, where he was the keynote speaker at the USS Osprey (AM 56) Bell Dedication Ceremony at the US Embassy. The USS Osprey was a Raven-class minesweeper that supported the Normandy invasion, Operation Overlord. The ship struck an enemy mine the night before the Normandy invasion while clearing the channel for the invasion. Six crew members died, becoming among the first casualties of D-Day.

Gilday also toured London Tech Bridge, where he exchanged views on the importance of this innovation hub and partnering and collaborating with the US military, industry, academia and small business. -British.

“Collaborating, sharing information, being interoperable and truly interchangeable enhances our ability to prevail in conflict and strengthens integrated deterrence against potential adversaries,” Gilday said. “We must continue to seek innovative solutions, experiment, and quickly get capabilities into the hands of combatants if we are to retain the benefits of war.”

During a visit to HM Naval Base Clyde in Faslane, Scotland, a logistics base for warships and submarines operating in European waters, he observed Valiant Jetty which was built to support operations of the latest Royal Navy Astute-class attack submarines. Gilday spoke to US Navy sailors who train with Royal Navy sailors, visited state-of-the-art boats and also congratulated newly qualified British Royal Navy submariners who received their qualifications and their pins.

Gilday, the Royal Navy’s guest of honour, attended the Royal Edinburgh Military Tattoo, an annual series of artistic performances by 900 artists including the British Armed Forces, Commonwealth and international military bands from around the world.

The aim of Gilday’s visit to the UK was to further advance and strengthen the maritime partnership and to work towards becoming truly interchangeable. Throughout his visit, Gilday met Royal Navy Admiral Sir Ben Key, the first sea lord and Chief of the Naval Staff of the United Kingdom.

2022-08-22
Previous Post: Meta’s Horizon Worlds is now available in Spain, but not in Spanish
Next Post: Young debutants take Spain to top of European Athletics Championships