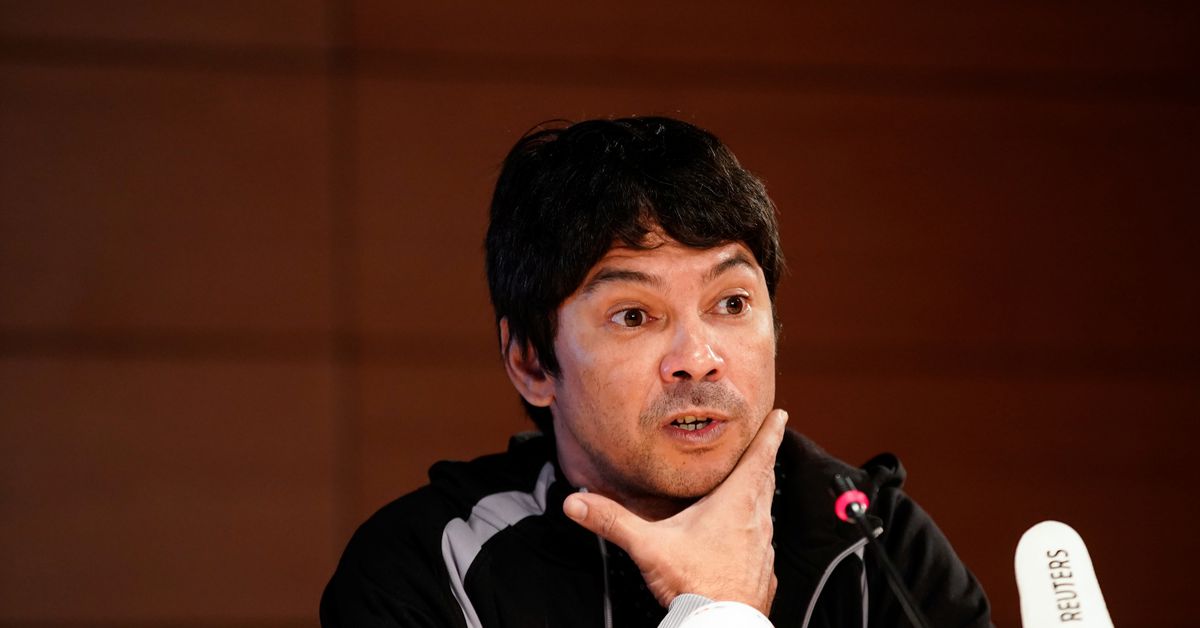 Cuban dissident, now in Spain, says fight will continue without him

MADRID, Nov. 18 (Reuters) – Dissident Yunior Garcia said on Thursday that his protest movement in Cuba would continue without him despite leaving the communist-ruled island for exile in Spain.

Garcia said he traveled to Spain after authorities cut his phone lines and those of his relatives, and threatened them with reprisals if they joined the protests.

The activist, 39, whose plan for a mass protest on Monday was declared illegal and blocked by authorities, arrived in Madrid on Wednesday after obtaining a visa from the Spanish government.

Garcia, a playwright who sometimes held back tears at a press conference in Madrid, said he expected police to arrest or threaten him as he left Cuba.

He believes the Cuban government let him go in order to silence him and prevent him from becoming too strong a symbol in his homeland. He left to give voice to those who are repressed, he said.

When asked if he was concerned that the movement he led, Archipelago, would run out of steam without his presence, he appeared in conflict but defended his enduring strength.

“It is not about a person, it is not about an individual. We must break this vicious cycle in Cuba of believing that a messiah has all the answers,” he said. declared.

In Havana, a Cuban government source told Reuters she would not respond to Garcia’s statements because there was “no need to comment on a person who has already discredited himself.”

The government, on public and social media ahead of the protest scheduled for Monday, alleged Garcia was secretly working with the United States to overthrow the state, a charge Washington denied.

Garcia said he “never received a dime from Washington”.

State media criticized Garcia’s decision to leave on Thursday, saying he left “on his own” and that his departure left Archipelago in limbo.

Garcia appealed to critics who accuse him of abandoning other protesters to understand the pressure and potential danger his position in Cuba poses on him and his family.

His relatives were told they would lose their jobs and could go to jail if they participated in the protests, he said.

He nevertheless said he was deeply in conflict over leaving Cuba as his exile had caused conflict among dissidents still on the island.

“I suffer from fits of conscience, I judge myself and I try to know if I am doing the right thing,” he told Reuters.

Garcia said the government was acting like “a violent husband” towards its people, calling it “a brutal dictatorship and tyranny”.

He also criticized the United States, saying the embargo imposed on the island was helping the current government. He said he hoped to have the opportunity to address the US Congress about the situation in Cuba.

These were the biggest anti-government protests since Fidel Castro’s 1959 revolution. Castro died in 2016.

2021-11-18
Previous Post: Rohlik Group online grocery store to expand to Italy, Romania and Spain next year
Next Post: Dr David Samore of Wellington honored by the King of Spain