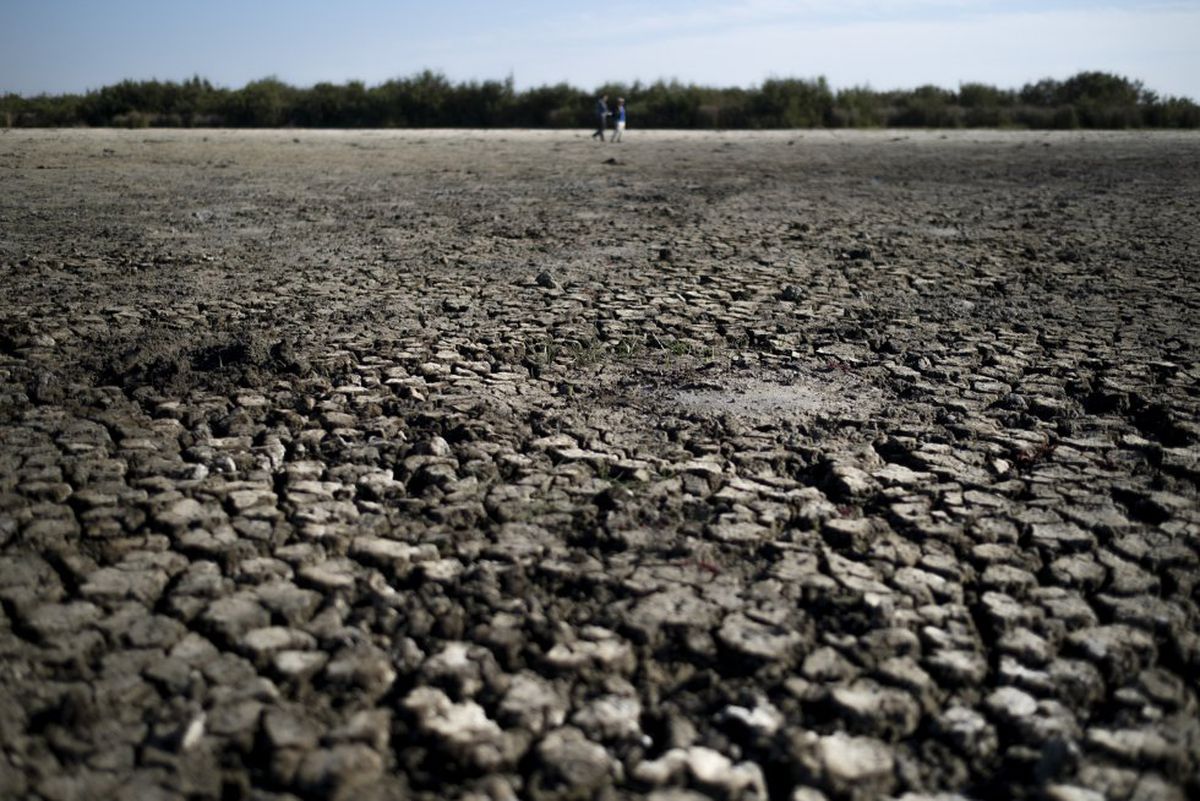 Drought and illegal wells: why the Spanish national park of Doñana is drying up | Society

Biologist Carmen Díaz is dismayed at the land once occupied by the largest lagoon in Doñana National Park, in the southern Spanish province of Cadiz in Andalusia. Having covered 45 hectares at its peak, the Santa Olalla Lagoon has shrunk to an area of ​​less than 0.6 hectares. “We have a terrible water level,” says Díaz. “And if Santa Olalla dries up, that means everything is dry. It is devastating.

The landscape looks grim despite the beauty of the flamingos and ducks perched on the sandy wetland, which is also shrinking rapidly. If it doesn’t rain hard soon, all the epidural lagoons – those attached to the dunes – will disappear, which has only happened twice in the past 50 years: in 1983 and in 1995. During the whole month of the year. October, which typically has rainfall, only 10.2 mm fell, according to the nearby Almonte meteorological station in Huelva, an amount equivalent to only 2% of annual rainfall.

The drought is affecting 4.3 million people in the Guadalquivir basin and was declared by the central government on November 2 to have a dramatic impact on Doñana, a biosphere reserve where species of flora and fauna struggle to survive. But the lack of rain is only half the story; according to scientists, this only exacerbates the fallout from the use of illegal boreholes in the farms bordering the park and in the tourist resort of Matalascañas, where 150,000 visitors spend their holidays less than a kilometer from the most popular lagoons. more northerly.

This massive theft of groundwater for irrigation in strawberry greenhouses and to fuel unbridled human consumption, including the upkeep of a nearby golf course, has dried up the immense 2,409 square kilometer aquifer. Now the surface water in the lagoons is disappearing because much of the subsoil is dry. Proof of this is that the lagoons are shrinking even when rainfall has reached the annual average of 540 millimeters recorded over the past 40 years – it was 454 millimeters in the 2019/2020 cycle.

“The first report denouncing Doñana’s miserable condition dates back to 1988, and nothing was done until 2019. What will be left here when they bring water? Will we still have vulnerable species? asks Díaz, who works for the wetland ecology department of the Doñana Biological Station, which is part of the Spanish National Research Council (CSIC). At the wheel of an all-terrain vehicle, Díaz crosses paths tightened by vegetation. It passes in front of a dry lagoon after another: El Taraje, El Zahíllo, Charco del Toro. There is no trace of the precious wetlands and virtually no animal life, only reeds and tamarisks that rise up to six meters and fill the lagoons.

On April 27, 2004, an airborne sensor from the National Institute of Aerospace Technology (INTA) flew over Doñana to map its lagoons with a resolution of half a square meter and found 2,867 temporary ponds in the most emblematic protected area of Spain, which is also a UNESCO World Heritage Site. At the end of October, only two of these lagoons remained: Santa Olalla and Dulce, both measuring 45 centimeters at their deepest point.

In 1988, Ramón Llamas, professor of hydrology at the Complutense University of Madrid, denounced the regional government and the central authorities of Andalusia for the “conspiracy of silence” which made it possible to pump water for tourist development. de Matalascañas, located in the municipality of Almonte in the province of Huelva, a stone’s throw from the lagoons. Thirty-three years later, complaints about the lack of response from the authorities persist; and hundreds of illegal water catchments are still active in the strawberry farms which represent 1,653 hectares of illicit greenhouses, according to the conservation group World Wildlife Fund. In 2019, the Guadalquivir Hydrographic Confederation, which comes under the Ministry of Ecological Transition, closed 77 of these wells and, in the past three years, its inspectors have opened 573 lawsuits, but illegal irrigation continues.

In July 2020, after decades of protests from scientists and environmentalists, the central government – which is led by a coalition of the Socialist Party (PSOE) and its junior partner Unidas Podemos – finally declared the aquifer “overexploited”. Today, the Confederation is working on a series of measures, such as a transfer of surface water and the relocation of the two Matalascañas boreholes closest to the park, which extract 2.75 cubic hectometers per year. However, the envisaged date for these measures is 2027. Meanwhile, the EU Court of Justice ruled last June that Spain was in violation of EU nature law because it did not treated illegal wells or adopted measures to prevent protected habitats from being altered by aquifer drainage.

Laura Serrano, researcher in the Department of Plant Biology and Ecology at the University of Seville, is very critical of central and regional government. “Everything was painful; the nature of the epidural lagoons, which is one of the reasons Doñana was declared a biosphere reserve, has changed, ”she says. “And those closest to Matalascañas are now terrestrial ecosystems. It cannot be reversed. The disaster has already happened.

Despite the almost total disappearance of the peridunal lagoons, the latest report on the state of the water table prepared by the Confederation last May specifies that “the piezometric state of the area conforms to the climatology”. Piezometers are tubes that measure the water level in the aquifer.

But Serrano disagrees. “It is a real shame that scientists are not listened to in this country,” she said. “We don’t learn from our mistakes; we are unable to prevent the disasters announced and we give priority to votes and urban development. We must learn to prevent rather than cure, because environmental restoration does not have the potential to reverse certain processes. It is a mistake to believe that restoration will give us back what we lose. When we lose habitats and their diversity, we lose the information that certain species have accumulated over hundreds of thousands of years of evolution.

While the groundwater withdrawal for Matalascañas is equivalent to 2.75 cubic hectometers per year, the pumped water for irrigated land varies between 60 and 90 cubic hectometers, according to two scientific surveys in 1993 and 2011. Serrano and Díaz published an article in 2017 in the Arid Environments Journal in which they pointed out the Confederation’s “lack of control and indifference” to scientific evidence demonstrating the direct damage of greenhouses and Matalascañas on the Doñana water system.

Eleven of the 13 species of amphibians in southwestern Spain live in Doñana and every week Díaz realizes that the population of toads, newts and frogs is declining as their habitat shrinks to the two permanent lagoons and to several small trenches which were dug to ensure water in summer. “The aquifer reserve is not what it used to be,” says Díaz. “Forty-two types of dragonflies have been identified here since 1959, but this year I have not recorded more than 20”.

Isidoro Román, member of the Doñana Biological Station monitoring team, adds: “The water is decreasing gradually, the lagoons have gone from less full to not at all. In 2010 we crossed the swamp by boat, but this is no longer the case and now the evaporation is also faster due to the high temperatures.