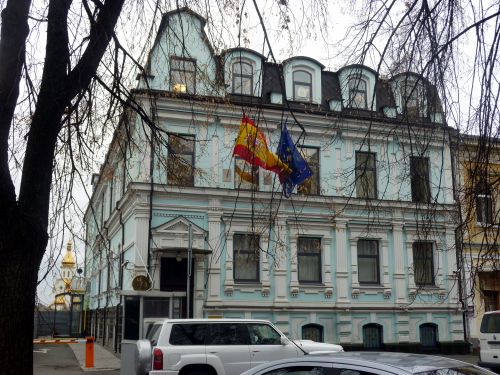 Madrid, February 12 (Prensa Latina) The drums of war are once again resounding in Europe regarding the crisis in Ukraine, in the face of which Spain today joined the idea of ​​asking its citizens to leave this country.

In accordance with the initiative within the European Union (EU), following a speech drawn from the beginning by the United States, the Spanish Ministry of Foreign Affairs recommended this Saturday that Spaniards currently living in Ukraine are seriously considering the possibility of temporarily leaving the country given the unstable security situation.

From the contacts established by Chancellor José Manuel Albares, it was suggested not to travel to Ukraine, as well as the possibility of temporarily leaving this country, “by commercial means available, as long as the current circumstances persist”.

In this line, the President of the Government, Pedro Sánchez, called King Felipe VI this Saturday to inform him of these new recommendations adopted during a meeting of the ambassadors of the community block in Kiev.

The Chief Executive commented on the subject to the leader of the Popular Party, Pablo Casado. Also, through the second vice-president, Yolanda Díaz, to the coalition partners of the government, in any case to also emphasize that he will keep all parties informed of the situation.

Albares, for his part, will be responsible for discussing the matter with the spokespersons of the parliamentary groups.

Despite the fact that a channel of dialogue with Russia and Ukraine is maintained through various diplomatic actions and also a direct dialogue between Washington and Moscow, several countries and international organizations have advised their citizens and non-essential personnel of their embassies to evacuate the country. .

From the perspective of the United States and its President Joe Biden, “there is a clear possibility” that Moscow will launch an attack, which continues to be strongly denied by Russian President Vladimir Putin.

2022-02-12
Previous Post: US overtakes Algeria in gas supply to Spain
Next Post: Heathrow and Gatwick: The romantic town in southern Spain just 3 hours from London where you can hire a grotto for under £50 a night