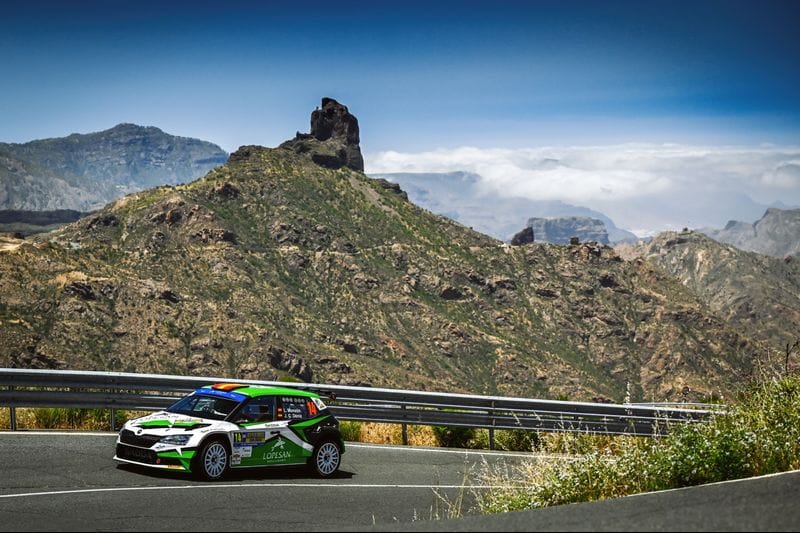 ERC to host season finale at WRC RallyRACC round in Spain

The remaining spot on the schedule is now filled as the season finale for the FIA European Rally Championship 2022 was confirmed last week, the rally will take place the same weekend as the FIA World Rally Championship during 2022 RallyRACC Catalunya-Costa Dauradaseeing the two biggest rally series in the world share the same stages and will become an ultimate spectacle for all rally fans.

The asphalt round should take place on October 20-22 on the hills of the Costa Daurada near the city of Barcelona. Even though the ERC series will share the same stages as the WRC series, it will be a bit different and run under its own rules. The rally begins with a qualifying stage on Thursday morning before continuing on Friday and finishing on Saturday while the WRC will continue until Sunday.

Spain is set to become the longest rally of the year, the two days will feature a total of 14 special stages which includes a total of 240.60 kilometers of testing and the 24.40 kilometers long El Montmell Power Stage will conclude the rally, where hopefully many champions will be crowned with their hard-fought titles. The WRC promoter which owns broadcast rights to the ERC and WRC, will provide bespoke highlights, TV and social media content throughout the weekend.

“We are extremely pleased to announce that the event will be the final round of this year’s championship, the ERC is committed to developing and raising the profile of young talent. Many of our drivers aspire to reach the heights of the WRC and the inclusion of Spain in the last leg will give them the perfect opportunity to show their capabilities.” Iain Campbelldirector of the ERC, said.

“The organizers of the RACC event know exactly what it takes to run a successful rally at this level and they jumped at the chance to have us on board.”

“This rally will have a bigger impact than ever. It will be the perfect treat for fans attending the two biggest rally championships in the world at the same event. We are happy to welcome the ERC to Salou in October for what will be a legendary event. Jose Mateuadded the president of the RACC.

2022-08-09
Previous Post: Colombia: The King of Spain does not resist the sword of Bolivar | New
Next Post: A premier megayacht owned by a British billionaire docks in Malaga, Spain