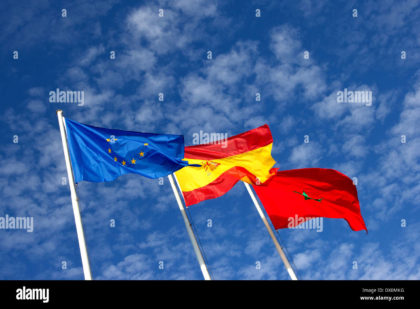 The European Union (EU) on Monday welcomed the positive development of relations between Morocco and Spain, considering that this development is “beneficial for the implementation of the Euro-Moroccan partnership as a whole”. .

“The European Union welcomes any positive development between its member states and Morocco in their bilateral relations, which can only be beneficial for the implementation of the Euro-Moroccan partnership as a whole,” the official told MAP. EU spokesperson, Nabila Massrali.

Regarding the issue of the Moroccan Sahara, the spokesperson recalled the EU’s position expressed in the joint statement with Morocco in June 2019 reiterating its “support for the efforts of the UN Secretary-General to continue the process policy aimed at achieving a just, realistic, pragmatic and lasting solution”. and a mutually acceptable political solution to the Sahara issue.

“Any solution must be based on compromise in accordance with UN Security Council resolutions, in particular Resolution 2602 of October 29, 2021,” the spokesperson said, insisting that “it is important to preserve the stability of the region”.

It should be noted that the European position is aligned with that of the UN, which favors pragmatism, realism, sustainability and a spirit of compromise.

It thus consecrates the pre-eminence of the Moroccan autonomy initiative as the most credible, realistic and viable solution to the artificial regional conflict around the Moroccan Sahara.

A number of Spanish officials, deputies and personalities hailed Madrid’s support for the Sahara Autonomy Plan as a positive decision and a “step forward” to normalize bilateral relations and build a future on solid foundations and trust. .

In this spirit, the Spanish Minister of Agriculture and Fisheries, Luis Planas, declared on Monday that the restoration of relations of trust with Morocco is “excellent news” and a “fundamental pledge” for Spain.

“Relations of trust with our neighbor Morocco, with which we have friendly ties and strategic relations, must be preserved,” said Planas, former Spanish ambassador to Morocco, in a statement on Spanish national radio RNE.

The result of Spain’s position vis-à-vis the Sahara issue is “very important” in view of the issues uniting the two countries, Planas noted.

The restoration of relations of trust is “excellent news at all levels”, he said, adding that it is “a fundamental and very important pledge” for Spain, and that relations with Morocco “are and must be a state policy”.

The Spanish Minister of Foreign Affairs, José Manuel Albares, for his part underlined that “the stability and prosperity of Spain and Morocco are intimately linked”.

“Today we are entering a new phase of relations with Morocco and definitively ending a crisis with a strategic partner,” the head of Spanish diplomacy said during a press conference in Barcelona on Friday.

This new stage will be based on “mutual respect, respect for agreements, the absence of unilateral actions and transparency and permanent communication”, he stressed.

“This new stage will be developed (…) on a clear and ambitious roadmap to ensure the stability and sovereignty, territorial integrity and prosperity of our countries,” he said.

The Minister of the Spanish Presidency, Felix Bolanos, declared that Spain, recognizing the pre-eminence of the Moroccan autonomy initiative as “the most serious, realistic and credible basis” for the settlement of the Sahara issue, wants to engage with Morocco in a “stable and good relationship.

“The world needs cooperation between countries and working together on common problems,” Bolanos said in statements to the press, assuring that his country’s new position on the Moroccan Sahara is part of this logic.

By opening a new page in their bilateral relationship, Spain and Morocco are committed to consolidating “stable and good” cooperation, he said.

Several other Spanish politicians, including former MPs Juan Vicente Pérez Aras and José Maria Chiquillo, described the decision taken by the coalition government as “important and positive” and a step towards exploring all areas of cooperation. with a “friend, neighbor and strategic partner and historical partner of Spain”.

The position of the Spanish government is in line with the support expressed by world powers such as the United States, Germany and France, which have highlighted the relevance of the Moroccan autonomy proposal as “serious and credible” to resolve this dispute. , they said.

Pérez Aras explained that this decision opens the horizon to “unblock the situation in the Sahara in favor of Morocco”, exposes the maneuvers of Algeria, which finds itself again isolated on the international scene, and reflects, at the same time, the “wise management” of Moroccan diplomacy of the crisis between the two kingdoms.

Morocco succeeded in convincing its partners of the merits of its proposal and won the diplomatic bet, he noted.

With the normalization of bilateral relations, Spain and Morocco, two “regional powers”, are strengthening their position on the international scene to make the Mediterranean a haven of peace and prosperity, he said.

North Africa Post’s news desk is staffed by reporters and editors, who are constantly working to deliver fresh and accurate stories to NAP readers.