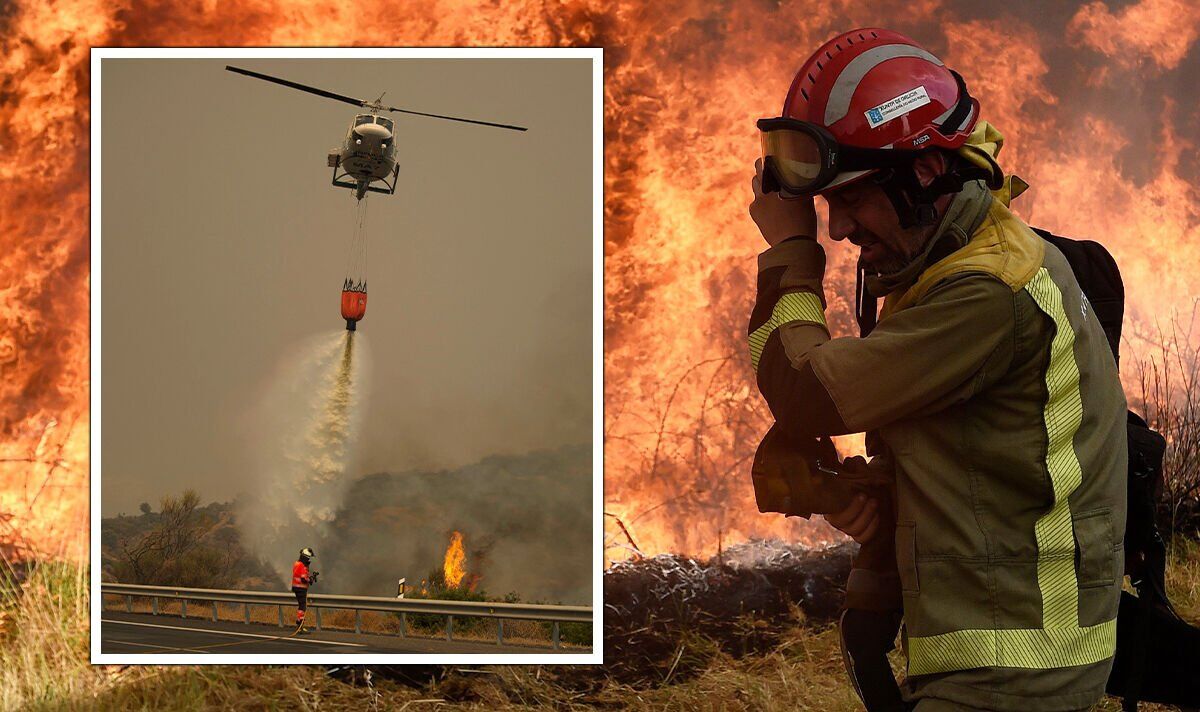 The fire broke out on Sunday in Venta del Moro, just west of the city of Valencia and bordering the province of Cuenca. Several helicopters, planes and firefighters were dispatched to the scene by the Ministry of Ecological Transition.

Several units were later joined by the military, including soldiers using Cougar helicopters.

The efforts of the fire crews paid off on Monday, as they succeeded in extinguishing the fire which would have been started by a lightning strike.

However, the National Meteorological Agency then reported a change in wind direction which spread the flames and nullified the efforts of the emergency services.

Ximo Puig, president of the Valencian government, took to Twitter to send a message of gratitude to those tackling the blaze, which authorities were watching “with concern”.

He wrote: “We are following with concern the spread of the Venta del Moro fire and we hope that the weather conditions will allow its extinction as soon as possible.

“Thank you to all the troops for their excellent work in trying to control the fire.”

Social media user @javier_carcel described the blaze as Valencia’s “burning lungs”, while @manueelviana described how the footage brought tears to their eyes.

It comes after wildfires tore through various parts of Spain in June, fueled by one of the country’s first heat waves to date.

“And he was hit by a devastating fire of brutal proportions.”

He added: “If it had happened in the summer, maybe the puppies could have run away.

“But right now they are very young.”

The heat wave, with temperatures above 40°C, highlighted the damage throughout the Zamora region, where the mountain range is located.

It is believed that the lack of rain throughout the year and the presence of gusty winds created the conditions for the wildfires to spread rapidly in the affected regions.

Comparable temperatures are usually felt later in the summer in Spain, with soaring mercury linked by some experts to climate change.