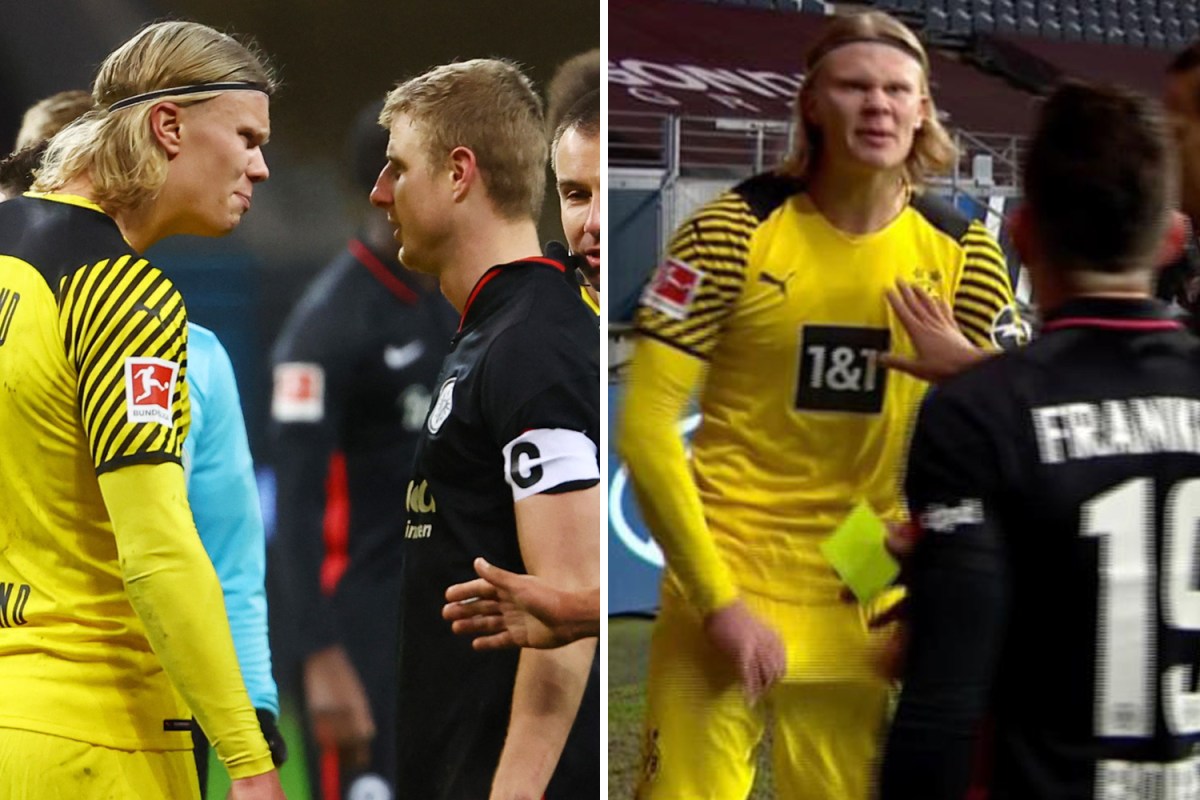 And eagle-eyed observers couldn’t help but notice he was shouting in Spanish.

The Norwegian has been heavily linked with a summer move to Real Madrid.

And Barcelona would also have an interest.

So when a clearly furious Haaland started shouting “Que pasa?”, meaning “what’s going on?” at Colombian Borre, it got people talking.

The furious 21-year-old also appeared to be clutching his crotch as he had to be separated from Borre by referee and opponent Timothy Chandler.

Borre had infuriated him by firing THREE kicks at him as he held the ball close to the corner flag.

Haaland had already shown signs of irritation during the topsy-turvy clash.

A brace from Borre put Frankfurt 2-0 up at halftime.

But a late return to Dortmund saw them stay six points behind Bayern Munich at the top of the table.

As Haaland went to collect the ball from the net with his team searching for a winner, he was shoved around by Martin Hinteregger.

He reacted furiously, shouting at the Austrian: “F*** you! F***ing idiot.”

Haaland and Co would have the last laugh, however, when Mahmoud Dahoud struck an 89th-minute winner moments later.

While fans marveled at Haaland’s performances, some weren’t as impressed with his barnet.

But when a fan repeatedly asked him to cut his hair on Twitter, he bluntly replied, “No.”