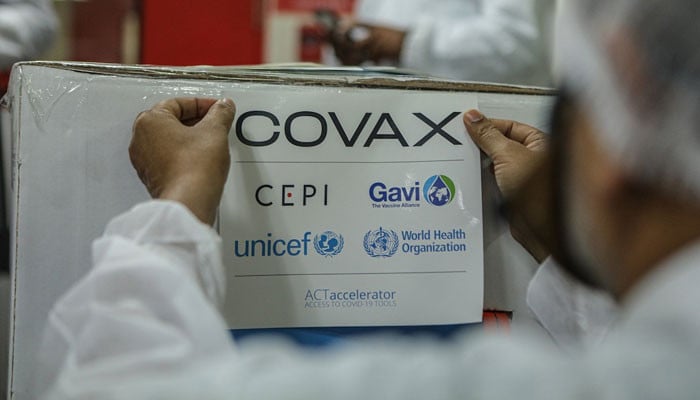 Hong Kong: Nearly 3,000 residents of a Hong Kong housing estate will be confined to their homes for five days, authorities said Friday, as they struggle to stop an outbreak of the Omicron variant of the coronavirus.

The lengthy lockdown order – reminiscent of those used on the Chinese mainland – comes as Hong Kong comes down hard on Beijing’s ‘zero-Covid’ policy. At least 20 confirmed or preliminary positive cases have been found in a public housing building in the Kwai Chung district, Chief Health Officer Sophia Chan said.

“There is clearly a community outbreak and the situation is concerning,” Chan told reporters. A security guard, cleaner and several residents living in non-adjacent apartments were infected, with the source believed to be a man who visited the building on January 13.

“These clusters of infections involve super-spreading and pose an extremely high risk,” Chan added. Edwin Tsui, who heads the Center for Health Protection, said the virus could have been spread by a cleaner who had to work floor by floor. Some 2,700 residents will have to stay home until January 26 and get tested daily.

Like China, Hong Kong is eradicating even the slightest trace of the virus with largely closed borders, contact tracing, targeted lockdowns and lengthy quarantines. The five-day “instant lockdown” is the longest ordered so far in the city. Previous building closures have tended to be overnight, with residents allowed to leave once they show a negative test.

Those who test positive are taken to isolation wards, while close contacts go to a government quarantine camp. The Hong Kong government said it would provide food and anti-epidemic supplies to affected residents.

But some people were spotted buying groceries in bulk on Friday afternoon, according to local media. Hong Kong’s strict rules have kept the city largely virus-free but internationally isolated.

Already strict social distancing rules have been tightened after an outbreak of Omicron began last month. Meanwhile, seemingly milder for some but still highly contagious, Omicron has once again filled intensive care beds at a hospital near Barcelona where broken staff are still battling a virus that refuses to retreat.

“Every time we think we’ve reached the end of the tunnel, it gets longer,” sighs Rafael Manez, head of intensive care at Bellvitge University Hospital, one of the largest medical facilities in the northeast region of Catalonia in Spain.

Since the pandemic took hold nearly two years ago, overwhelming hospitals around the world, this seasoned specialist has avoided making predictions as Covid-19 wears them all down.

Although more than 90% of Spain’s population over the age of 12 has been vaccinated, this has not spared the country an explosion of Omicron infections, earning it one of the highest incidence rates. highest in Europe in recent weeks.

In Catalonia – one of Spain’s most populous regions with 7.7 million people – Covid patients occupy more than 42% of intensive care beds, well above the national average of around 23% . And it also has the highest number of patients in critical condition, although it is hoped that this surge is about to peak.

“Our medical teams are really tired, especially with the feeling of uncertainty. Will this be the last wave or will there be another?” wonders Gloria Romero, chief of nursing at the hospital’s intermediate respiratory care unit. “This weighs heavily on medical professionals. How long will this situation last?”

With 40 of its 44 beds occupied by Covid patients, the pace has not slowed down at the intensive care unit of this hospital, which serves a densely populated metropolitan area just south of Barcelona. Inside the unit, staff suddenly start running as a patient appears to be running out of air, quickly helping him.

But the work never stops in intensive care, where some 40% of people brought in are not vaccinated. “The unvaccinated patients, who are the ones we mainly care for, are those who are in denial about their disease and even about the treatment,” explains Santiago Gallego, head nurse of the intensive care unit.

The impact on staff of working during an almost two-year pandemic is increasingly evident, triggering unprecedented levels of stress and Covid infections, with 600 staff forced to take time off since December 1.

And given the latest explosion of cases, the hospital has also been forced to cancel visits again, with the most seriously ill patients left to fight for their lives alone, away from loved ones and only staff left to their sides.

“It’s very hard physically but especially emotionally because it never ends,” admits Elena Cabo, a physiotherapist who works in intensive care, her voice breaking with emotion. But all the staff continue to work in the hope that this disease begins to recede. “The only thing that’s really effective is preventing it through vaccination, no one can argue that it had an impact,” Manez says.

And if Spain did not have such a high vaccination rate, “we would certainly be in a much worse state than two years ago”, he reflects. serious results during the Omicron wave of the virus, a large real-world study from the United States Centers for Disease Control and Prevention (CDC) showed on Friday.

The article assessed data from more than 300,000 emergency department visits, urgent care clinics, and hospitalizations in 10 states from August 26, 2021 through January 5, 2022. During the time the Delta variant was dominant, vaccine effectiveness against Covid-19 hospitalization was 90% between 14 and 179 days after the second dose of a vaccine, fell to 81% more than 180 days after the second dose, and increased to 94% 14 days or more after the third dose.

2022-01-22
Previous Post: Avianca will resume routes to Spain from Medellín and Cali this summer
Next Post: Spain: Luna Ki withdraws from Benidorm Fest due to auto-tuning ban