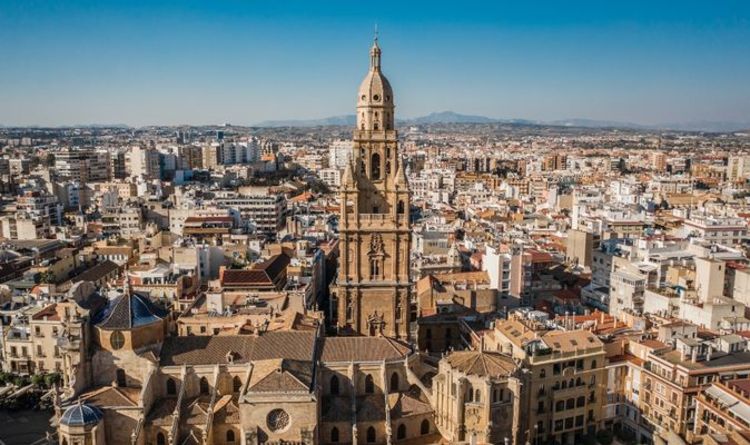 Spain’s Murcia region has introduced new restrictions as Omicron cases increase in Spain. Non-essential sites will have to close between 1 and 6 a.m.

The regional leader of Murcia, Fernando Lopez Miras, said: “The idea is to try to limit, during Christmas, social interactions where the mask is not used.”

The region of Murcia encompasses the popular tourist destinations of Los Alcazares and La Manga.

The Spanish government announced this week that masks would be mandatory outdoors again.

Some health experts have questioned whether wearing masks outdoors has a material benefit.

Prime Minister Pedro Sanchez said there would be no more national measures before Christmas.

Spanish Health Minister Carolina Darias said: “I would like to declare that this will be a temporary measure, only for the time needed until the epidemiological situation in which we find ourselves improves. . “

Wearing a mask was already compulsory in all covered places in Spain and on public transport.

The region of Catalonia has limited social gatherings to 10 people while the capacity of sports and religious gatherings will be reduced to 70%.

Madrid region leaders have pledged to focus on better testing rather than implementing restrictions.

Spain has already banned unvaccinated Britons from visiting the country over Omicron fears.

The move forced some Britons to cancel their holidays as many teenagers in the UK had not had the chance to be fully immunized.

A Benidorm hotel group claimed that a British tour operator had canceled 60,000 vacations because of the rule.

The group claimed that hotels in Benidorm were “forced” to close early due to the lack of Britons.

British tourists visiting Spain will need to take a pre-departure test before returning to the UK.

They will also need to take a PCR test no later than the second day after arriving in the UK and self-isolate until they get the result.

British tourists should also check the local restrictions in place in their destination, as rules vary in Spain.

2021-12-23
Previous Post: Funding led by Proptech in Spain in 2021: an exceptional year full of milestones
Next Post: Christmas day alert of ten Spanish provinces in case of strong waves, heavy rain and fog