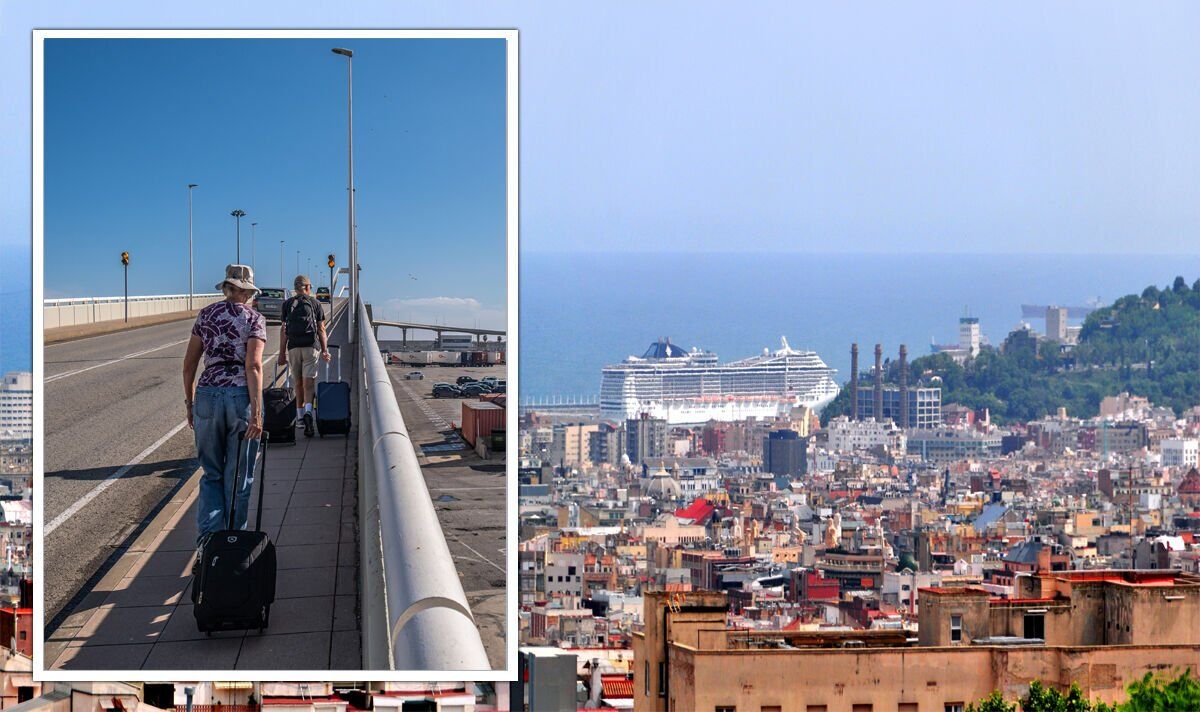 Holidays in Spain: cruise ships will be charged an additional tourist tax due to pollution | Cruise | Travel

Tourists visiting Barcelona already have to pay a tourist tax in the city. Cruise passengers must pay three euros (£2.57) to stay longer than 12 hours and one euro (86p) for a shorter stay.

They also have to pay the daily supplement of 1.75 euros (£1.50) to visit the city, which is usually included in the price of their cruise vacation.

However, cruise passengers should be charged even more, as Barcelona officials are proposing three additional taxes.

She said: “We hope to be able to present, in the coming weeks, the government’s proposal to regulate emissions in the port areas of Catalonia, and we will be delighted to be able to share with the Barcelona City Council the work carried out and the formula for this tax.

READ MORE: ‘Put on the handbrake!’ One of the biggest cruise liner crashes in the world

The potential cost of the tourist tax has not yet been announced and it is unclear whether it would apply per ship or per passenger.

The tax is aimed at combating pollution caused by cruise ships and limiting the number of ocean liners in the city.

Palma on the island of Mallorca has already implemented limits on cruise ships and now only three can enter the city at a time.

Some protesters said three is still too many, and called for the number of ships to be limited to one.

Tourists in Wales may have to pay a tourist tax as the government plans to introduce one to pay for local services.

Venice recently postponed the introduction of a tourist tax for day trippers which would have charged visitors to enter the city.

Benidorm has said it will never apply a tourist tax, although the regional government is considering introducing one.

The Valencian government tourist tax would be optional and the municipalities could decide whether to use it or not.

2022-06-03
Previous Post: Laura Whitmore and Iain Sterling arrive in Spain ahead of ‘best’ Love Island series yet
Next Post: Maryland delegation impressed on trip to Spain