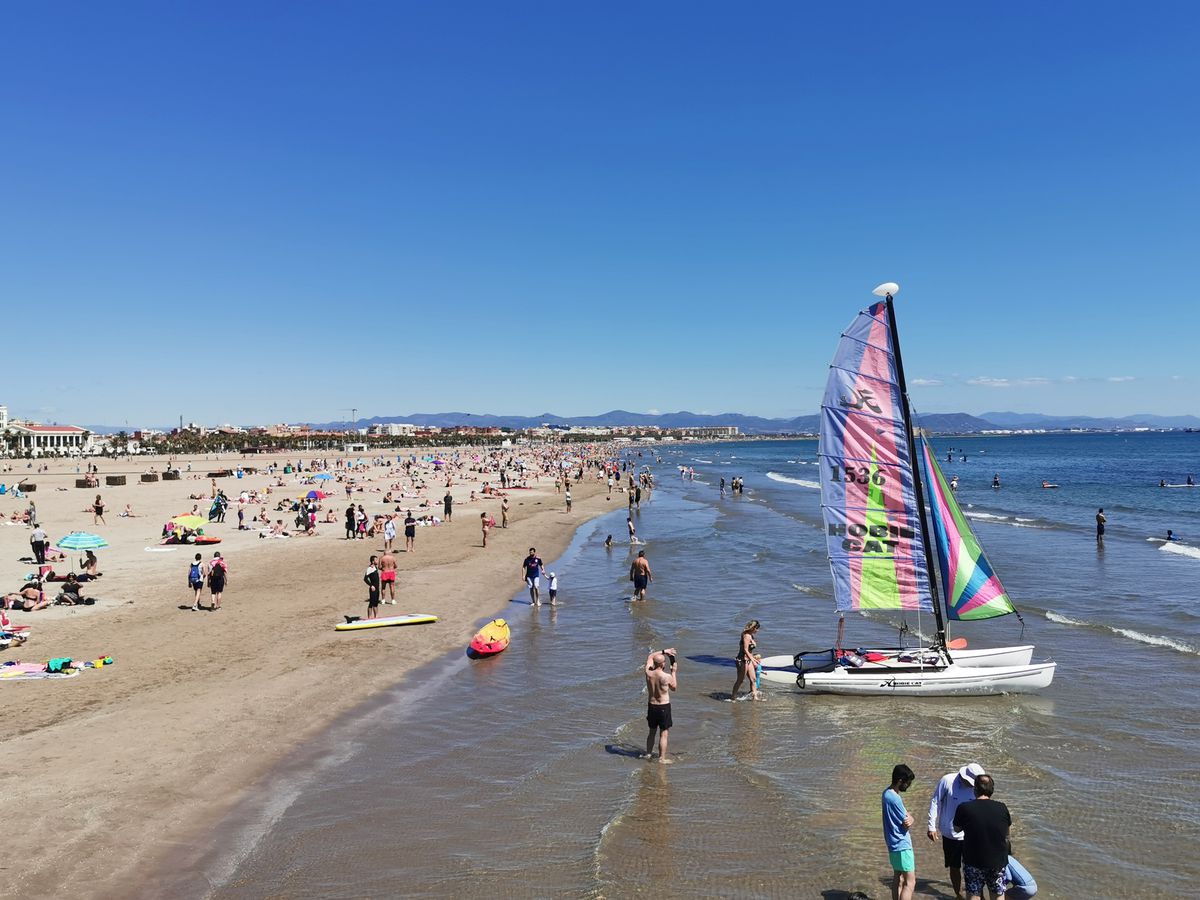 The pandemic has caused people to behave in all sorts of weird ways. Some have formed deep personal attachments to their sourdough starters, others have invested thousands of dollars in Bored Ape NFTs and many have simply embraced their inner slob and gone, what the internet likes to call, “goblin mode. complete”. I moved my family across the Atlantic from Toronto to a city I picked out on Google Maps. It wasn’t exactly throwing a dart at a globe, but it was close. The original plan was just to winter in Costa Rica, but the more I researched, the less enamored I was with the idea.

“Rental rates for homes are outrageous,” I told my wife one evening after a few fruitless days of combing through Airbnb and similar websites. Three-bedroom apartments within walking distance of the beach, clean and comfortable, but not extravagant, started around $5,000 a month and only went up from there. “For these prices, I bet we could be in a European city.”

Why we chose Spain

A Spanish town was the obvious choice, both for the climate and because we wanted our children to learn the language while improving our own – that would mean being able to count to 10 in my case.

Having spent time on the Iberian Peninsula over the years, we felt that Madrid was going to be too big and relatively too cold in winter, Barcelona too crowded with tourists, Seville and Cordoba too inland, Malaga and Marbella overrun by the oligarchs. Nice places to visit, sure, but not ideal places for a family with a two-year-old and a seven-year-old.

Traveling along the east coast, Valencia seemed to occupy a prime location. It was far enough south to be warm, with a population large enough to offer the conveniences of a real city: great restaurants and markets; a developed public transport system; easy and affordable access to the rest of Spain, Europe, UK and North Africa.

I also discovered that Valencia is one of the safest cities in Spain, itself one of the safest countries in Europe. COVID was of course still a factor but, despite being hit by the pandemic in the early waves, it appeared that Spain had learned its lessons and, by winter 2021, had one of the highest vaccination rates. the highest in the world.

Additionally, among the 38 member countries of the Organization for Economic Co-operation and Development, Spain has seen some of the shortest school closures. In contrast, like so many other students in Ontario, I felt like my daughter had barely seen the inside of a classroom for two years.

Once our decision was made, we started to get excited about the trip. Almost immediately, however, a major stumbling block presented itself that I really should have considered before embarking on this madness. As non-EU passport holders, our trip would be limited to three months.

From visas to lost luggage, how we got there

Three months in Costa Rica seemed doable as the flight is relatively short and jet lag is not an issue. Three months in Spain, however, with all the disruption and hassle of finding a school for our children, settling in and feeling comfortable and generally acclimatizing was no time at all.

So we decided to apply for a long-term visa, which would allow us to stay in the country for a year with the possibility of extending beyond that. The paperwork was, to say the least, arduous: RCMP background checks, fingerprints, payment of fees, photographs, health exams, multiple visits to the bank to show that we had enough funds available to support ourselves and , finally, the delivery of our passports. at the Spanish consulate.

Then we waited. It was now December and after investing a few thousand dollars and hundreds of hours of work, our goal was in sight. It was then that the reality of our decision began to sink in. Suddenly, the winter weather didn’t seem so dire anymore, and besides, spring was upon us. Our familiar routine now felt comforting and reliable, not tedious and predictable. Would we find a decent apartment, would the kids fit in, would we even like Valencia?

To answer some of these questions, and on the advice of a friend who also moved to Europe from Canada, we hired a relocation consultant. After some research and a few phone interviews, we settled on a Valencia-based company called Expat Services. It turned out to be one of the smartest investments we’ve made.

Long before we arrived, we had a few video calls and explained our situation, detailed our budget – about half of what Airbnb was asking for in Costa Rica – and what we were looking for in terms of housing, and we had about a million questions and concerns addressed. As we had already sorted out our visa and chosen a school for the children, we didn’t need the full range of services, so for around €1000 we received excellent advice on which neighborhood would best suit our needs. our needs, help setting up our bank accounts, managing the bureaucracy around our visas, getting a phone plan and generally navigating the move.

About six weeks after we submitted our visa application, our documents were sent back, each with its own colored visa with the EU flag in one corner and a small toro in the other. We uncorked a bottle of festive cava.

Would I have preferred that the biggest war in Europe since 1945 did not break out two days before our arrival? Sure. Did I wake up several times, jet-lagged and on the edge of panic when, the day after we landed, Vladimir Putin announced that he was putting his nuclear forces on high alert? Absolutely. Air France lost eight of our suitcases? Yes, but in all honesty, at least I didn’t have to drag them all to the Airbnb we rented while we looked for our permanent apartment and they arrived a few days later.

Was the move worth it?

As the jet lag subsided, my stress also went down. The children were warmly welcomed into their new half-Spanish, half-English school and flourished. With the help of our relocation consultant, we found our dream apartment, a sprawling, bright, stucco-ceiled art deco treasure located on a beautiful street half a block from the largest city park. from Spain. With a room for everyone and a bonus guest room, we could hardly believe it was even under budget.

I visit the market almost every day to work on my Spanish – I can now count well over 10 – and see the amazing new produce or seafood the vendors offer. The Valencian cherries and tomatoes are eye-opening, and I love that when I buy an avocado, the salesman always asks me, “cuando quieres comerlo,“When do you want to eat it,” so she can choose one at the ideal level of ripeness. Similarly, the fishmongers just crack a few oysters or a fresh sea urchin for consumption on the spot.

The cost of living is basically a wash: our apartment is a steal by Toronto standards, and the kids’ school is relatively inexpensive (for both, attendance costs about what we paid just for daycare from our son in Ontario), but what I save on good quality, cheap wine is far outweighed by the shocking amount I spend on things like excellent anchovies and very, very good almonds.

I don’t want to underestimate what a schlep it was to get here. It was as stressful and exhausting as moving – during a pandemic, to a city you’ve never set foot in before, to a country whose language you don’t speak – but hearing the kids drop a new Spanish phrase, spending a day’s time swimming in the Balearic Sea or stumbling upon an impromptu flamenco show by the fountain in Jardin del Turia makes the effort pale in comparison.

Keep up to date with Sightseer’s weekly newsletter. Register today.