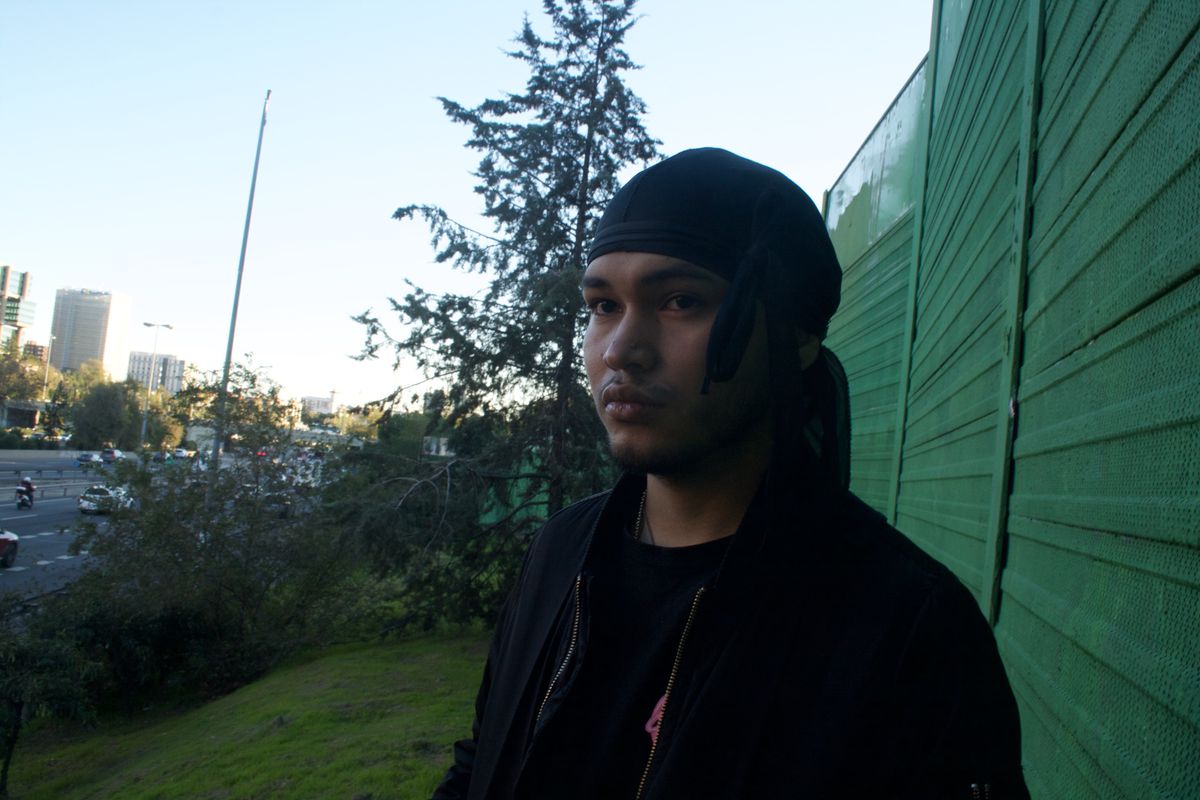 Immigration to Spain: How a migrant teenager was rescued from the streets of Madrid by ‘Mamá Amélie’ | United States

The day Anthoni turned 18, he was living with a friend and classmate from his course in auto mechanics and electronics at the Barajas vocational training center in Madrid. “I didn’t do anything special because I didn’t have any money. We walked in the street and that was it, ”he recalls. His father had kicked him out of the house three weeks earlier, telling him to go and earn a living. It was the first time he’d told her to go, but it wouldn’t be the last. The next time, Anthoni found himself homeless and without residence papers.

Anthoni had never had much contact with his father, who left Venezuela to settle in Spain when his son was only three years old. Once in Madrid, his father remarried and started a new family. Contact between them was limited to one phone call per month, to inform her son that he had sent her money.

But on January 12, 2020, barely 17 years old, Anthoni decided to join his father in Spain despite the long absence. Life in Venezuela had become complicated, he had dropped out of school, and Anthoni’s mother turned to his father for help. “I was lost there, but when I landed in Madrid I realized there were so many possibilities here. I immediately went back to school, graduated from high school in the midst of the pandemic and enrolled in vocational training, ”he says with pride.

His joy was short-lived. Six months after arriving, life at home became tense. Anthoni needed money for transportation, books, or even just to go out with friends. “My dad started telling me that he wouldn’t give me anything, that I should go and earn a living,” he said. In June of this year, he kicked him out for good. Anthoni remembers his words: “Little shit, pick up your things and get out of my house.”

At that time, no friend could welcome him. He was of legal age to work in Spain, but was unable to obtain a work permit because his father had not completed the papers to formally recognize his presence in the country. Without papers and without any income, the only option was to live on the streets. He found a corner in the Prosperidad district of Madrid, next to the M-30 ring road. “I slept on an old sofa and ate what was given to me by people who knew me,” he recalls.

In the eyes of the Spanish government, he was now homeless with no fixed abode. But Amélie Yan-Gouiffes, a Frenchwoman who has lived in Spain for five years, has another opinion: “Anthony was a child and I was not going to let him sleep in the street. On my corpse. “

For six months, Anthoni has had a second mother. Mamá Amélie, as he calls her, pays for a room in an apartment in Madrid’s Alcalá de Henares neighborhood, and also gives him money for food and cell phone expenses. His own son, Léo Jules, is also part of the story: at just 16, he is tasked with bringing his allowance to Anthoni, loaning him his PlayStation video game console and spending time with him when he is not himself at the boarding school.

Yan-Gouiffes calls Anthoni every day from Madagascar, a country the boy has trouble locating on the map, to ask him how he is. She now lives in the African island nation where she works as a consultant to the United Nations. “Amélie showed me more affection than my own father. She believed in me and helped me a lot, ”says Anthoni. “And Léo Jules is like a brother. When he talks about it, the young man takes a deep breath to hold back his tears. This is the only time he lets his guard down.

The 50-year-old French humanitarian could have looked away when Léo Jules told him he had a friend who had been sleeping in the street for two weeks. But instead, she went looking for him, welcomed him, and immediately started looking for an apartment for this newcomer. She herself had to leave her own rental in just a few days. And it was all the more remarkable that Yan-Gouiffes was just starting to recover from aggressive chemotherapy and had just signed a six-month contract to work in Madagascar with the UN.

But Yan-Gouiffes is also the kind of person who was already a volunteer at the age of 20 for Amnesty International, and 30 years later, she mobilized her friends so that a Venezuelan teenage girl does not end up in the street. “We all started making calls and trying to figure out what to do,” she recalls.

From her office in Madagascar, this resilience and humanitarian aid expert reflects on how social protection in the West can turn us into “individualistic and selfish beings who look away, waiting for the government to do something”.

She remembers that when there was a huge snowstorm in Spain in January of this year, its neighbors in Madrid stayed indoors, apparently waiting for city officials to send in workers to remove the snow. “My two sons and I are used to helping, so we went out with shovels to clear the snow that covered the area around the building,” she explains.

It is this same attitude that enabled social services to offer Anthoni a temporary place at the Mejía Lequerica shelter. “He had done his best to get to social services himself, but they told him they were going to send him an email which never arrived and we were running out of time. He only got a place at the shelter when I accompanied him and spoke directly with the social worker, ”she recalls.

Esther Pino has also offered to help the young Venezuelan cope with Spain’s notorious labyrinthine bureaucracy. Although she has no legal training, she accompanied him during his asylum application, a move that will allow him to have a work permit from January. “I had to help him write the essay where he told his story and the reasons for his asylum claim, because he didn’t know how to do it right. It’s a complex process, even for an adult, ”Pino explains.

Amélie showed me more affection than my own father. She believed in me and helped me a lot

His stay at the Mejía Lequerica shelter was not easy: he was the only unaccompanied young man in a center full of adults and families. He lived for three months in a room with five people, where he also suffered attempted sexual abuse. After the right to temporary shelter expired, the government let him know that the only alternative until his asylum application and work permit were processed was another shelter. Her world is collapsing once again, but not for long: her “French mother” decides that the solution is to pay for a room out of her pocket.

“I’m better now,” said the young man, smiling. Anthoni is looking forward to January so that he can start working. “Either way, the important thing is to be able to earn my own money and finish my studies. Anthoni falls into the category of what human rights organizations refer to as “special circumstances subjects”, which require flexibility in the aid process.

Jennifer Zuppiroli, migration manager at the NGO Save the Children, explains that the “best interests” of the child must always be taken into account, such as the fact that Anthoni is barely 18 years old and all alone in a legal system and social full of adults. “What is happening is that the legislation does not provide for transition periods or specific support for people aged 18 to 23. Whether you are an asylum seeker or have previously been an unaccompanied minor, as soon as you reach the age of majority, you are already of legal age and therefore enter the system ”, adds Verónica Barroso, refugee expert from ‘Amnesty International.

Since October of this year, reforms to Spanish immigration regulations have brought some breathing space to the nearly 8,000 unaccompanied minors and 7,000 former unaccompanied minors aged 18 to 23 living in Spain. They will now be able to have a residence permit and, from the age of 16, a work permit. However, Spain’s transition to adulthood programs for those aged 18 and over do not offer the extra help needed by those who are not yet emotionally adult, and this task continues to fall to NGOs or citizens like Amélie. It can involve anything from advice to housing, and a lot of it falls on the shoulders of those who just can’t look away.

2021-12-09
Previous Post: Mountain biker in Spain shot dead after being mistaken for a rabbit
Next Post: Holiday “chaos” in Spain: the fury of “unacceptable scenes” in major destinations | Travel News | To travel