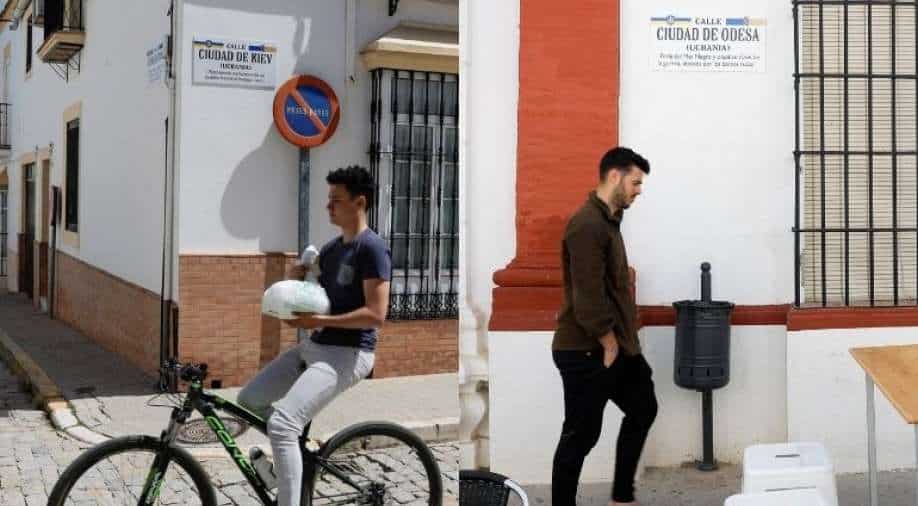 In solidarity, a Spanish village renames itself “Ukraine”

In solidarity with citizens of the Eastern European nation, a village has changed its name to “Ukraine”, according to a Reuters report.

The quiet white-walled village appears to be around 4,000 km (2,500 miles) from the European country, Ukraine.

It is located in the south of Spain and was previously called “Fuentes de Andalucia”.

At the entrance to the village, one can see a sign at a roundabout indicating its new name ‘Ukraine’. The country’s blue and yellow flag can also be seen painted alongside.

The village is home to approximately 7,100 inhabitants and is located to the east of Seville.

The streets of the village were also renamed City of Odessa, Kyiv and Mariupol.

“The main goal is to raise awareness about the conflict in Ukraine but also about the countries that are at war right now,” resident Francisco Martinez told Reuters.

Not only that, the villagers also raised 3,500 euros ($3,780) in two days to set up a refugee center. It also wants to provide accommodation for around 25 refugees at the center or with families.

A 68-year-old pensioner, Rafael Osuna, told Reuters: “The people of Fuentes are very proud of what we are doing. As I live alone and have a big house, I thought of hosting a Ukrainian couple for a certain time.”