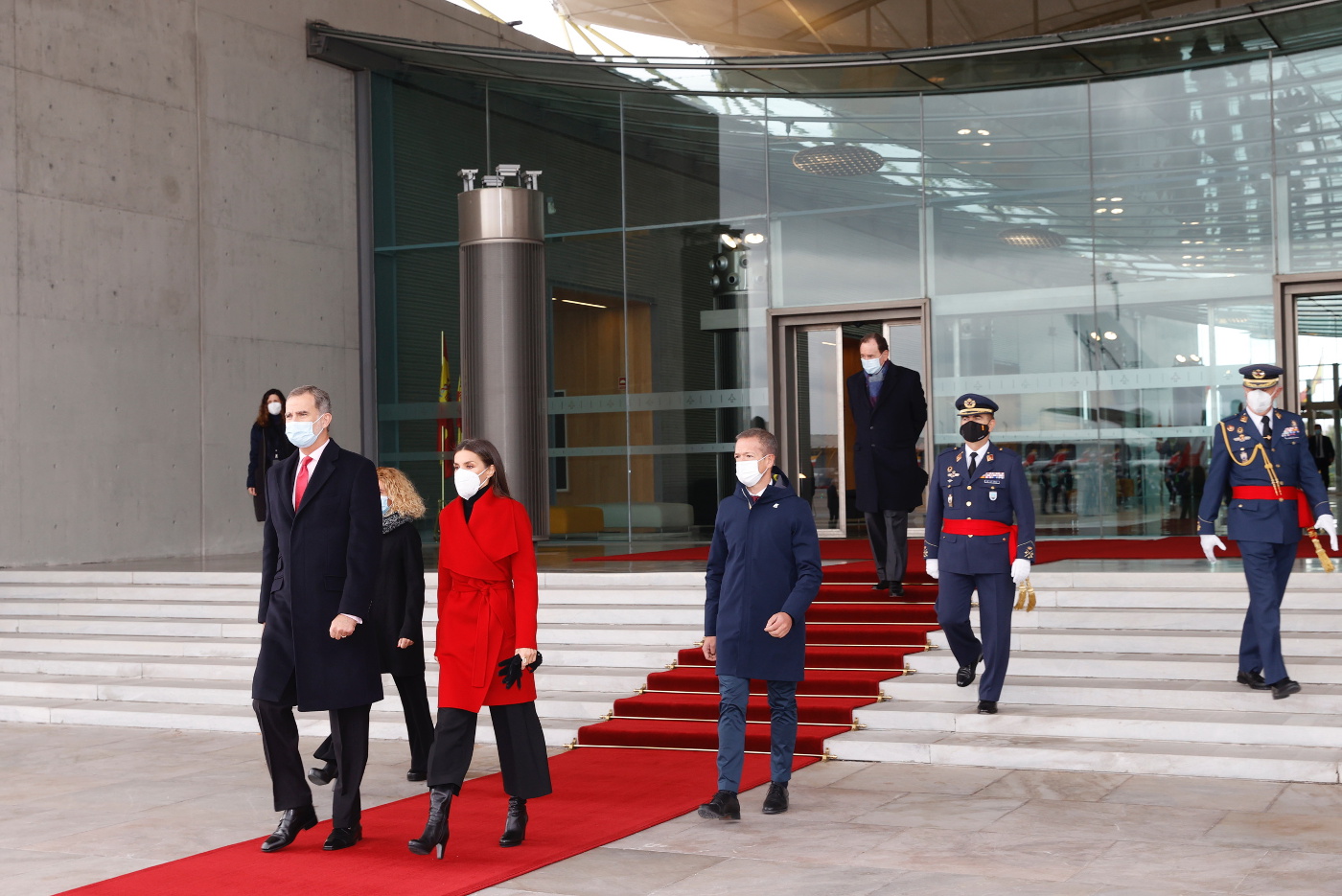 Just a week after welcoming Italian President Mattarella for a state visit to Spain, King Felipe and Queen Letizia are preparing to embark on their own state visit to Sweden.

At around noon on Tuesday, November 23, the King and Queen arrived at Adolfo Suárez-Madrid Barajas Airport, where they received the official farewell, an act typical of outgoing state visits to Spain.

Their Majesties are traveling to the Scandinavian country after receiving an invitation from King Carl XVI Gustaf, and the visit “will highlight and strengthen the ties and bilateral relations between the two countries,” according to the website of the Spanish Royal House.

Their Majesties are traveling with Minister of Foreign Affairs, European Union and Cooperation José Manuel Albares, Minister of Science and Innovation Diana Morant and Secretary of State for Trade Xiana Margarita Méndez.

Upon arrival, King Felipe and Queen Letizia will have a few hours to relax and unwind in the guest quarters of the Spanish Ambassador’s Residence in Stockholm before attending a reception offered at the Embassy of Spain. Spain for Spanish citizens residing in Sweden.

Such receptions are typical of any state or official visit by officials and are usually organized to give the authority a sense of the life of its citizens in another country.

The state visit will officially begin on Wednesday, with the welcoming ceremony at the Royal Palace in Stockholm, before visiting an exhibition, the Parliament, Karolinska University Hospital, having a meeting with the Swedish Prime Minister and concluding the day. by the traditional state banquet.

On the second day, which will also be the last day, King Felipe will open a business symposium and visit a technology museum, while Queen Letizia will visit the Bernadotte Library for a language seminar.

Their Majesties will then meet to attend the lunch offered to them by the city of Stockholm before King Felipe goes to the Royal Swedish Academy.

A “reciprocal reception” offered by King Felipe and Queen Letizia to King Carl XVI Gustaf and Queen Silvia will close the State visit.

2021-11-23
Previous Post: The RFEB highlights the “assured success” of the public in Spain-Georgia of Jaén – CVBJ
Next Post: Analysis: Spain on the verge of reversing post-crisis labor reforms