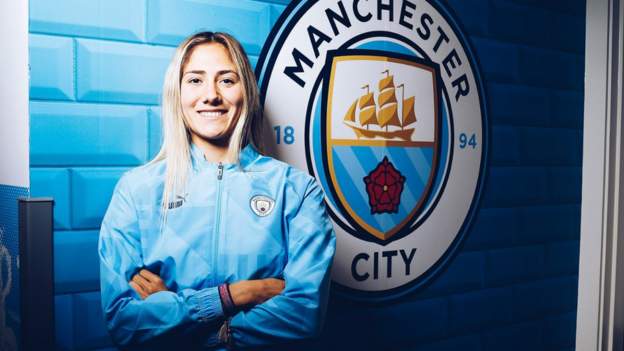 The 21-year-old has made just under 50 appearances in all competitions for Atletico over a five-year spell.

Aleixandri is City’s third signing this summer and will join Gareth Taylor’s squad on July 1, subject to international clearance.

“I’m very happy to be here and to be part of this incredible club – I’m very excited for what’s to come,” she said.

“My dream here is to win a lot of titles and improve as a player with the help of my new teammates.”

Aleixandri made her senior debut for Spain in May 2019 and in January 2020 was named by UEFA as one of Europe’s 10 most promising young players.

She joins the Venezuelan striker Deyna Castellanos moving to City from Atletico in the summer, while the club also announced the arrival of the Spanish left-back Leila Ouahabi from Barcelona on Wednesday.

“Having such a talented young player like Laia in our squad is a real boost for us as a club,” Taylor said.

“Even though she’s only 21, she’s got incredible experience under her belt for club and country so far and it’s so exciting to think about what’s to come from her in the future.

“She is a player who is hungry to learn and grow, and she will definitely have the opportunity to do that here at City with the team she will have around her.”