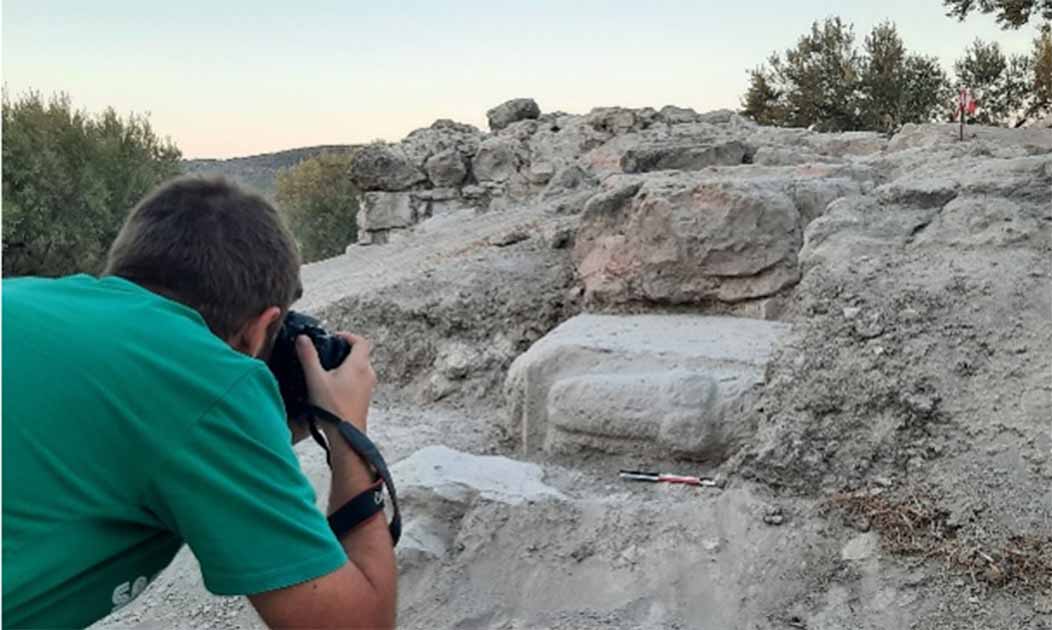 A giant 18-inch (1.5-foot) phallic sculpture from Roman times has been discovered in the city of Cordoba in Andalusia, Spain. It was part of an ancient Roman colony known as El Higuerón, an area which the Romans took over in 206 BC, replacing the Iberians. A tower-like building was erected (pun intended) on the ruins of an Iberian settlement, and the phallic sculpture was found on one of the cornerstones of the tower.

This newly discovered phallic sculpture in a limestone tower is certainly eye-catching! (Courtesy of Local Historical Museum of Nueva Carteya )

The giant phallus and Roman phallocentrism

On social media they wrote: “Today we had a find that quickly became the focus of the excavation. It is a phallic relief that appeared on one of the freestones that form the northeast corner of the Roman tower. This type of representation was common at the time, despite the opinion that one may have of it today.

In Roman society, the phallus was a symbol of masculinity, granting protection, power and prestige, as well as good fortune. Thus, its representation was found scattered throughout the Roman Empire, as a pledge of the protection of the Roman State ( sacra romana) . There is a large concentration of phallic symbols on Hadrian’s Wall in England, with 59 known engravings of male genitalia found here.

In pagan religions too, the phallus was associated with natural fertility, with phallic symbols representing Fascinus, the god of fertility, who warded off the “evil eye”. What was not common was the massive size of the phallic sculpture found, reports El Pais .

Andrés Roldán, Project Director of the University of Extremadura and Director of the Historical Museum of Nueva Carteya, said: “It was common to put them [phallic carvings] on the facades of houses, and the soldiers wore small phallic amulets as symbols of virility. But this one is exceptionally large. We are currently investigating whether a model of similar dimensions has already been found. » 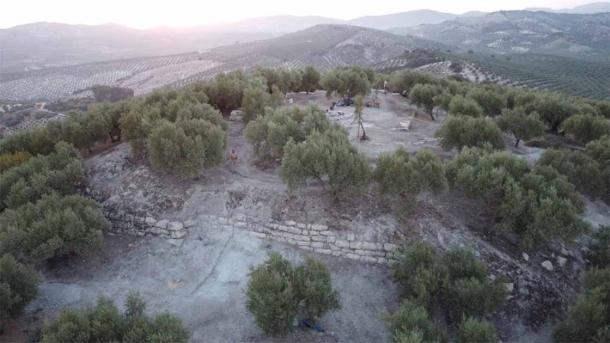 An aerial view of the excavation site where the phallic sculpture was discovered, in Cordoba, Spain (Courtesy Local Historical Museum of Nueva Carteya )

The tower and the site of El Higuerón

The focus is now on the building itself, to excavate it and the ruins below. The strong terraced walls supported a tower-like building whose function was still unknown. A report of The daily mail stated that excavations at the site of El Higuerón began in 1966 and 1968, coinciding with the discovery of the first Iberian settlement.

The Romans had destroyed the military fortifications, and in their place built their own, using the ruins as foundations for new construction – including the 65 by 55 foot (20 by 17 meter) tower building. Excavations show enclosure walls 1.8 meters (5.9 ft) thick, with floors consisting of large blocks of limestone.

Archaeologists speculate on the presence of underground reserves for agricultural products and building materials. It was probably used by the Romans for agricultural purposes until the 1st century BC, but then abandoned under the Flavian dynasty.

The Moors conquered the Iberian Peninsula in the early 8th century, crossing the Strait of Gibraltar through North Africa. They renovated the building, removed the stores and reinforced the access points. Finally, the building was ransacked and abandoned when the Christians drove out the Moors in the 1200s.

In a detailed study of the tower and the local fortified enclosure of the area published in 1970, there seemed to be a suggested connection between these buildings and the Carthaginian general Hannibal. Hannibal had marched his army into the southern Iberian Peninsula at the end of the 3rd century BC. The document was later refuted, the links turned out to be Roman.

Today, the team of archaeologists is mainly occupied with excavating and examining an access point through one of the facades of the tower, and clearing the surrounding wall, which is one of the “most massive features of the site”. It remains to be seen if more phallic sculptures of massive male limbs will be discovered.

There are many reminders of Cordoba’s Roman past, such as this 1st century BC bridge that remains in use today (Jim Linwood / DC BY 2.0 )

Of the Roman occupation, Andrés Roldán descriptively concluded that “they razed the settlement and used the old Iberian fortifications as foundations. [for the new buildings]. The various Iberian buildings in the region, such as that of Nueva Carteya, were built on strategic topographic points and suggest a much more complex history than one would expect from these archaeological sites.

Top image: A phallic carving on the cornerstone of a Roman-era military site in southern Spain Council of Nueva Carteya