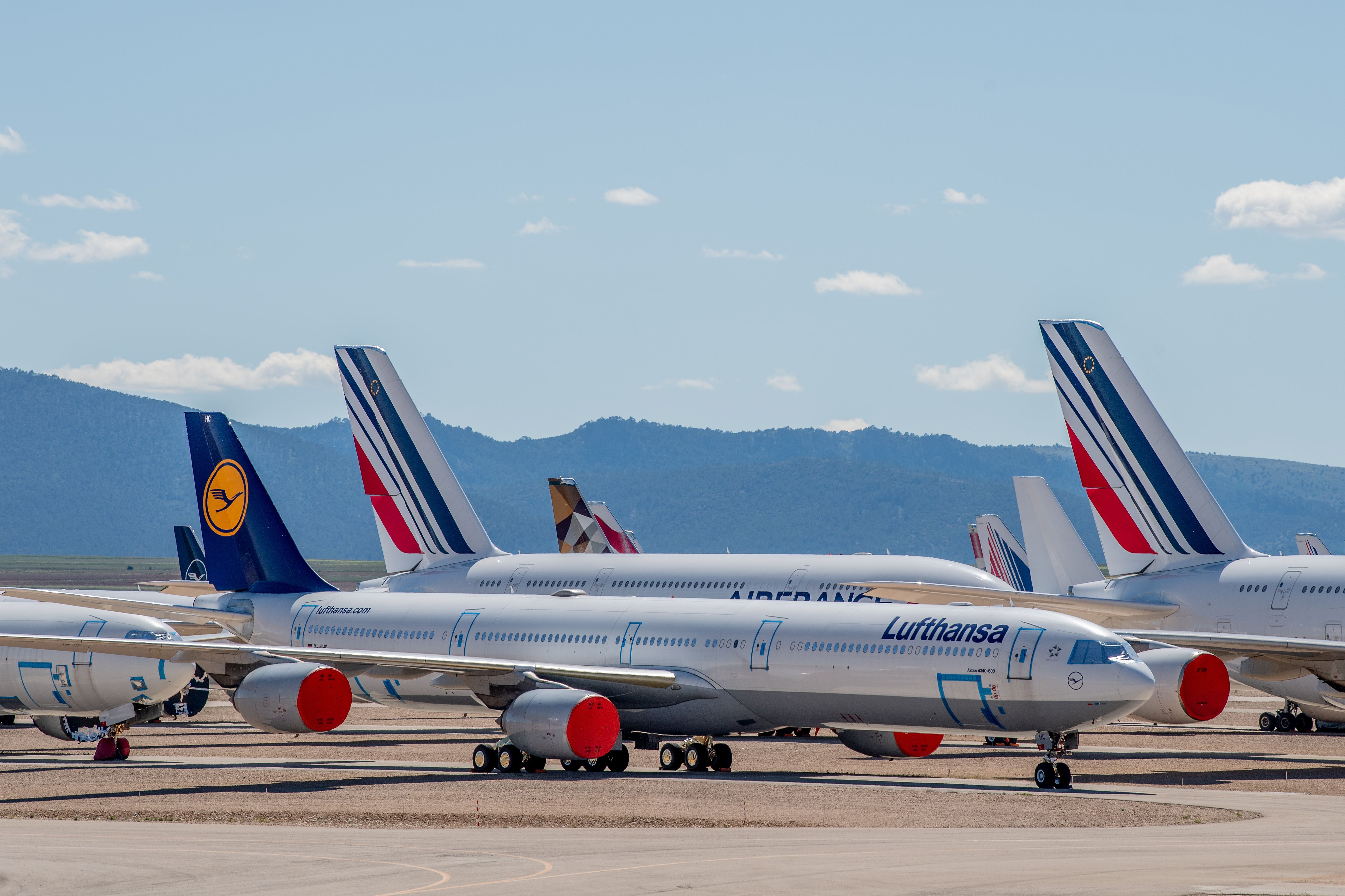 Lufthansa A340 in storage moves from Spain to Malta

On February 28, 2022, Lufthansa decided to move an Airbus A340, registration D-AIHI, relocating the aircraft to Malta International Airport (MLA) after spending almost the last two years in storage at Teruel Airport (TEV ) in Spain.

In 2020, Lufthansa (like many other airlines around the world) has parked a large part of its airline fleet in storage airports around the world. The airline was facing a heavy impact from the COVID-19 pandemic and was unable to utilize its fleet, especially long-haul aircraft.

Lufthansa still has several aircraft parked. According to ch-aviationthe German carrier still has 78 aircraft stored in different locations (its fleet has 279 aircraft).

One of Lufthansa’s parked Airbus A340-600s was moved from Teruel airport in Spain yesterday. The airline took the plane to Malta for a two-hour flight.

The reason why Lufthansa moved the A340-600, registration D-AIHI, to Malta is currently unknown. We have contacted Lufthansa for comment but have not received a response so far. We’ll let you know if that changes. Nonetheless, the carrier has a maintenance provider in Malta, so moving D-AIHI there could signal that Lufthansa is about to start operating the aircraft again.

Lufthansa Technik Malta is a joint venture between Lufthansa and Air Malta and provides line and base maintenance for short-haul and long-haul aircraft, including the A340.

According to ch-aviation, the remaining five A340-600s are expected to continue operating until at least 2023. After that, the airline will replace its aging fleet with newer A350-900s.

Additionally, Lufthansa said last year that it aimed to operate the A340s on routes primarily to North America and Asia, reactivating them in the summer of 2022. Nevertheless, due to the ban current situation of Russian airspace over European Union countries, Lufthansa is unlikely to use its A340 fleet for flights to Asia.

Interestingly, in March Lufthansa has 42 scheduled flights with its A340-600 fleet. The airline has five scheduled flights between Munich and Boston using the model and 16 between Frankfurt and Washington-Dulles, according to data provided by Cirium.

Lufthansa parked many long-haul aircraft in 2020 due to the impact of the COVID-19 pandemic. Photo: Getty Images

Due to the impact of the COVID-19 pandemic, Lufthansa’s long-haul connectivity is still below its pre-pandemic capacity levels. As of March 2022, the airline has 2,588 scheduled flights with its Airbus A330, A340, A350 and Boeing B747 families, according to Cirium. It has nearly 800,000 available seats, still down 41.3% and 45.3% from March 2019 levels, respectively. Nevertheless, Lufthansa has increased the utilization of its Airbus A350 fleet by 11.3% in recent years.

Germany’s flag carrier has an order for 25 units of the popular jumbo jet. The registration of Lufthansa’s first 787-9 is D-ABPE, and it was spotted last month at Boeing’s Charleston, South Carolina site.

Why do you think Lufthansa moved its Airbus A340-600 from Spain to Malta? Let us know in the comments below.

Air Canada could have an eye on the Airbus A321neo

The airline is in preliminary talks with lessors for 10 to 20 of the long-haul airframes.

Senior Journalist – South America – Daniel comes to Simple Flying with many years of experience in aviation journalism, having worked with Mexican publication A21, Roads & Kingdoms, El Economista and more. Her degree in journalism allows her to form beautifully crafted and insightful stories. His specialist knowledge of Latin American airlines and his close relationships with Aeromexico, Avianca, Volaris bring depth to our coverage in the region. Based in Mexico City, Mexico.