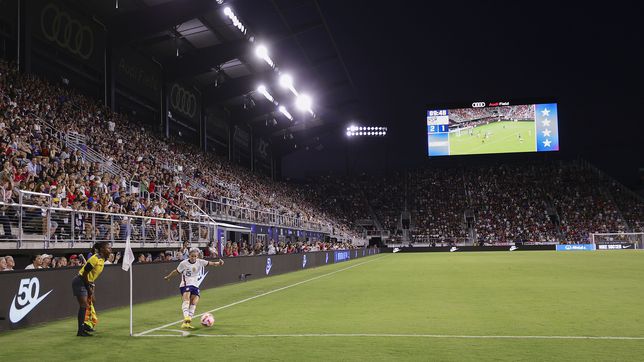 Megan Rapinoe on the Spain women’s football team: ‘We should all listen’

Fifteen of the best Spanish footballers have threatened to leave the national team if its head coach, Jorge Vilda, was not sacked. The players revealed that Vilda’s training methods are affect their emotional states and health.

The Royal Spanish Football Federation (RFEF) said in a statement Thursday that he received 15 emails of these players asking not be selected in the team because they have a problem with Vilda and her team. Captains Irene Paredes, Jenni Hermoso and Patri Guijarro, however, last month denied asking for the coach’s resignation, and the tension continues to rise between the players and the coach.

The federation supports the coach

The RFEF also stated that it don’t bend under pressure of any player regarding training matters, calling their actions “far from exemplary and out of the values ​​of football and sport.

They don’t even mind playing.”with younger and less experienced playersbecause they hold “the national team firstsaid Ana Alvarez, head of women’s football at the RFEF. “It’s very, very serious and has never happened before, so it’s unexpected.”

Rapinoe on Spanish athletes: ‘We should all listen’

Two-time World Cup winner and star of the United States Women’s National Team Megan Rapinoe jumped to support athletes Thursday night. The legendary star took to Instagram posting,You have a 16th [player] stand with you in [US flag emoji] These many players together like this is so powerful. We should all listen.

Despite the seriousness of the situation, Vildain charge since 2015 and under contract until 2024, enjoys the full support of the federation. Alvarez said “Jorge Vilda is like all of us“adding that he wants to continue to be in charge, and” for sure we want it to continue.

Spain have two friendlies to come, October 7 against Swedenand four days later against the United States.

Vilda led the Spanish side to the quarter-finals of Euro 2022 before losing in extra time to England.