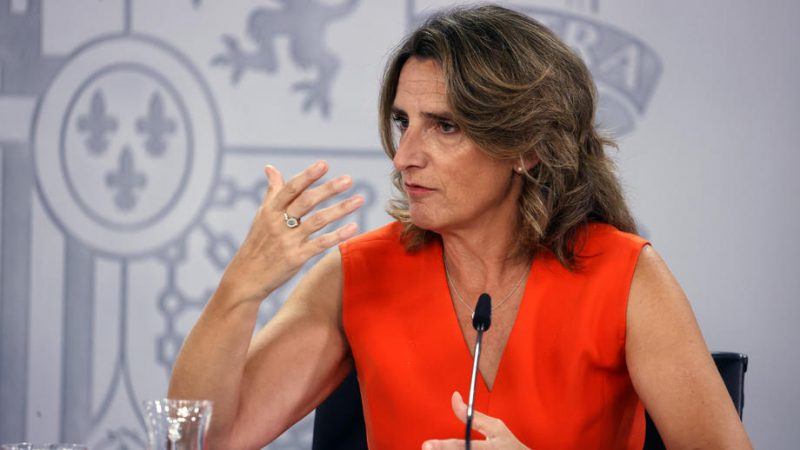 Spain’s Ecological Transition Minister Teresa Ribera on Tuesday called for France’s solidarity with the Iberian country and urged Paris to rethink its recent rejection of the MidCat pipeline.

“France should think about how to help others,” Ribera said in an interview broadcast by private radio Onda Cero on Tuesday morning.

During a press conference on Monday, Macron said that this project “will not solve the European gas problem. It’s wrong, it’s factually wrong”, but “I am ready to hear my colleagues give me other facts that would convince me otherwise”.

According to official sources in Paris, MidCat would cost more than 3 billion euros, and its implementation would take years. This would not be a solution to the current energy crisis, nor is it justified since the EU intends to phase out fossil fuels in the medium term.

EU energy ministers will meet in Brussels on Friday to discuss the bloc’s roadmap and the measures needed to alleviate the current energy crisis.

The debate around MidCat “cannot be limited to the bilateral relationship (France-Spain),” Ribera said.

France has always had a problem with MidCat “because its internal gas system is fragmented, and it would be a big effort to solve it”, the minister said.

However, it is good news that in his speech on Monday – which Ribera considered oriented towards French public opinion – Macron “underlined his willingness to plan solutions at European level and to work with Spain and the Germany”.

The demand for natural gas to generate electricity increased in Spain by 126% in July compared to the same month of 2021, statistics from the local network operator Enagás have revealed.

2022-09-07
Previous Post: The richest people in Spain (September 6, 2022)
Next Post: Focus on Spain: The livestock industry is a big consumer of cereals