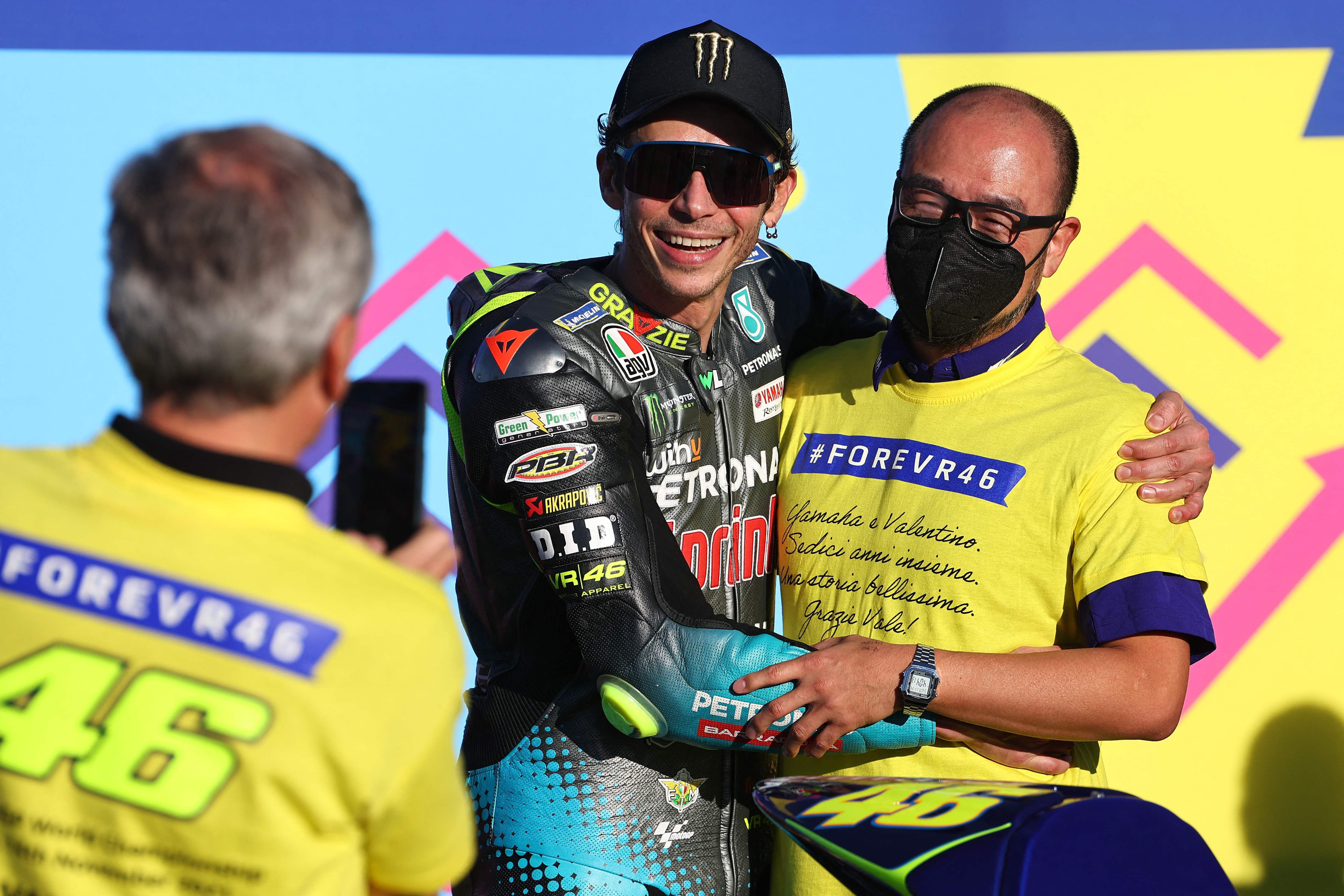 Valentino Rossi ended a brilliant career spanning more than two decades on Sunday with a 10th place finish in the last MotoGP race of the season in Spain.

Rossi, 42, is a nine-time world champion in all categories and was overwhelmed by applause from the 75,000 spectators as he performed a round of ovation in Valencia, which was his 432nd GP after starting his career in 1996.

Race-winning Ducati’s Francesco Bagnaia and other riders followed Rossi after the race until the veteran Italian greeted the fans in the stands.

“It’s the only thing possible today, to give Vale a gift,” said compatriot Italian Bagnaia, who wore a helmet with Rossi’s No.46. “I want to dedicate this race to Vale and thank him for what he has done for us.”

Rossi’s last title dates back to 2009 and his last GP victory in 2017. However, that doesn’t detract from his accomplishments and he leaves the scene with his assured place as one of the real greats in the sport.

Former Brazilian striker Ronaldo waved the checkered flag at the end of the race, marking the last time the veteran Italy crossed the line.