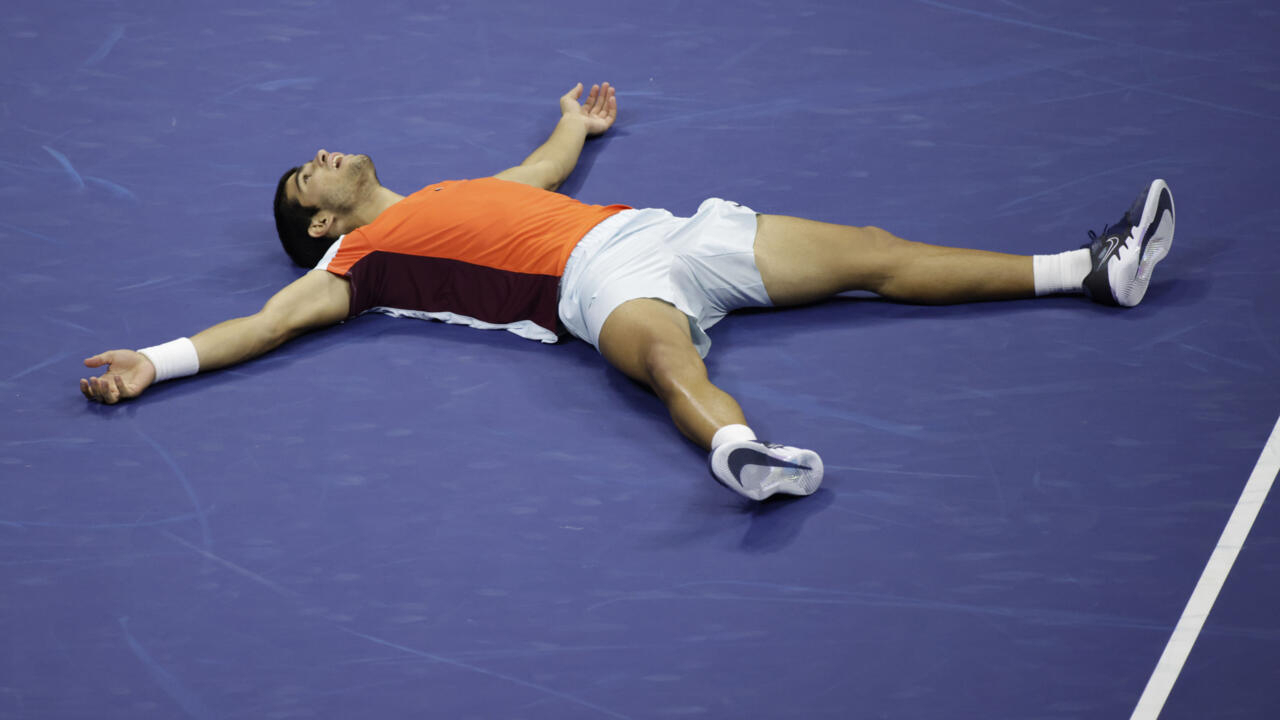 Paris (AFP)- Spain’s Davis Cup captain Sergi Bruguera says there are ‘no words’ to adequately describe the scale of Carlos Alcaraz’s achievements as the teenage sensation prepares for the group stage of this week.

Bruguera’s side will face Serbia, South Korea and Canada in Group B in Valencia, with the top two set to advance to the quarter-finals in November.

Rafael Nadal skips the event, but Alcaraz will be the star attraction on home soil after becoming the youngest men’s world number one in history with his triumph at the US Open last weekend.

The 19-year-old played three successive matches in five sets, saving match point against Jannik Sinner in the quarter-finals, before beating Casper Ruud in four sets in a dramatic final.

“We all knew it would happen sooner or later,” Bruguera said of Alcaraz’s maiden Grand Slam title.

“But the way he won three matches in five sets is an incredible effort mentally and physically.

“To be the youngest number one in the world – there are no words.”

Spain will play their first match against Serbia, without 21-time major champion Novak Djokovic, on Wednesday.

“He (Alcaraz) will come here on Tuesday and hopefully he can recover in time to play,” added Bruguera.

Alcaraz only made his Davis Cup debut in a qualifier against Romania in March, having been forced out of last year’s final after testing positive for Covid.

“You play for your country and that’s always special. Tennis is a very individual sport.

“Playing a competition like this allows you to grow personally. The important thing is to have players in good shape and I think I have that.”

Former world number two Alexander Zverev was hoping to return to the pitch for Germany in Hamburg this week.

But Zverev said he is unlikely to play again this year as he is still in “extreme pain” after a setback in his recovery from torn ankle ligaments in his French Open semi-final against Nadal in June.

“I’m very disappointed not to have played this week,” the 25-year-old told daviscupfinals.com.

“I have a problem with bone edema which causes me a lot of pain. I don’t know if it happened yesterday or not, but yesterday in training with Oscar (Otte) it got to the point where I could no longer run or walk.

“I found out later that it was bone edema which means I won’t be able to compete here and it’s not a matter of days, it’s more a matter of weeks and probably even months.”

The Germans open their Group C campaign against France on Wednesday before also facing Belgium and Australia.

“If you lose one of the best players in the world from your team, it’s a blow, absolutely,” Germany captain Michael Kohlmann said.

The Russian Tennis Federation are defending champions, but were banned from this year’s event due to the Russian invasion of Ukraine.

Italy, Croatia, Argentina and Sweden will play in Group A in Bologna, Great Britain, Kazakhstan, the Netherlands and the United States in Group D, which will take place in Glasgow.

There will be high hopes that Britain can replicate their 2015 title win, with Andy Murray and Dan Evans joining Wimbledon semi-finalist Cameron Norrie in the squad.