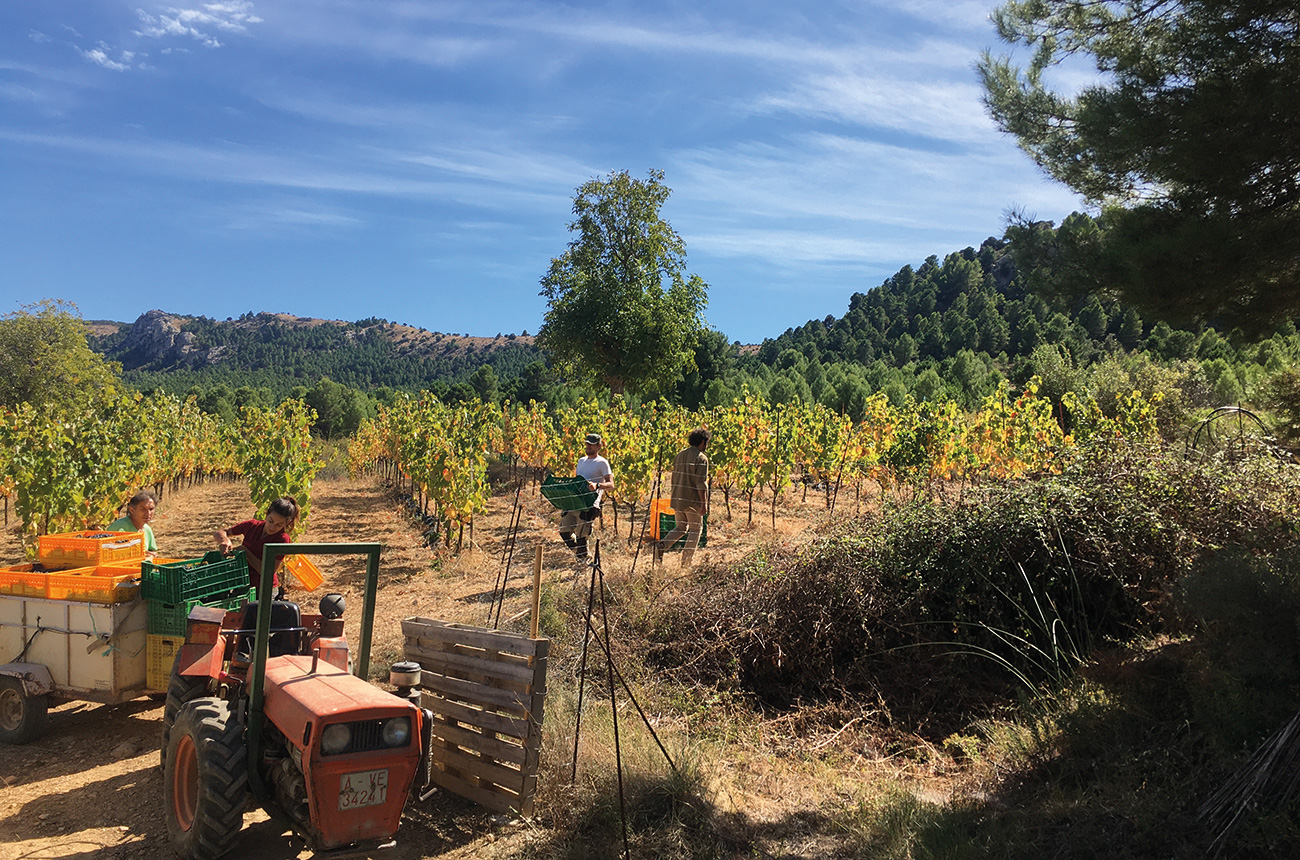 Nomadic winemaker: Why I make wine in Spain

When I started my nomadic winemaking project, in 2018 at Niepoort Vinhos in the Douro region of Portugal, I had no idea how important a role Spain was going to play – I certainly had never had the intention of making it the location of my project. So how did this happen? Yes, there was an element of luck and seizing opportunities where they presented themselves. But also, among the talented winegrowers to whom I pitched collaborations, I felt an openness and a willingness to collaborate that seemed particular to Spain.

Held in June last year, the inNoble wine festival in Sanlúcar de Barrameda, in the ‘sherry triangle’ region of southern Spain, was a true assortment of what goes on in Spanish wine. Named with a certain ironic nod to the relatively stuffy Vinoble wine festival in nearby Jerez, iNNoble is hosted by wine luminaries Luis Gutiérrez (the mustachioed wine critic with surprisingly good DJ skills) and manager of Barbadillo Armando Guerra’s innovation, alongside Canary Islands producer Rayco Fernández. The event sees some of Spain’s best young wine talent rubbing shoulders, sharing ideas and generally having fun.

The lucky guests in 2021 – among whom I seemed to be a more or less lonely Brit – were treated to terroir-driven wines from winemakers from across the panoply of Spanish regions, including Raúl Pérez in Bierzo, Oxer Bastegieta in the Basque Country and Rioja, Miguel Castro in the Sierra de Montilla, Laura Lorenzo (Daterra Viticultores) in Ribeira Sacra, and the Catalan new-wavers Oriol Artigas, Albert Navarro (Celler Tuets) and Francesc Ferré (Celler Frisach)… Difficult to say more symbol of the vitality of Spanish wine. For me, iNNoble 2021 was a pivotal moment.

This country holds so many sources of inspiration for a project like mine – a project that thrives on novelty, diversity, niche. What I discovered from the time I spent in the Canary Islands, Murcia and Andalusia is that, for the meeting of tradition and innovation, for the talent, the diversity of the terroirs and the richness of lesser-known grape varieties, Spain as a whole is an inexhaustible treasure.

Spain has also become a lens through which I understand the wine industry and what is changing there. What I see happening in Spain – and it’s obviously happening around the world – is a dramatic increase in natural or low intervention winemaking, and a shift in values ​​affecting not only small artisan winemakers, but also larger ones. actors. Agriculture is changing. An attitude of ecological awareness is taking hold. Seeking expression of terroir and new qualitative heights, young winemakers gain experience across the globe, then return to their home regions equipped not just with knowledge but with a sense of stewardship. of their family land, of a sense of responsibility for the abandoned vineyards, the forgotten grape variety and outdated wine traditions.

I am thinking of Dani Landi and Fernando García, who made old-vine mountain Garnacha from the Sierra de Gredos such a popular commodity; from Alvar de Dios in Arribes del Duero producing scintillating wines from small mixed plots of native varieties such as Bastardo and Doña Blanca; Pablo Matallana and Rayco Fernández of Bimbache Vinícola shine the spotlight on the little-known Canary Island of El Hierro; Verónica Ortega in the northern limits of Bierzo, in Cobrana, where she makes a beautifully fragrant and light wine from old blending plots of red and white grapes; Jorge Monzón in Burgos revives Ribera del Duero’s almost forgotten style of clarete wine; Ale Muchada in Sanlúcar, absorbing the centuries-old knowledge of the ancient farmers of the Marco de Jerez region to make non-fortified Palominos of extraordinary quality. These are just a snapshot.

For the finest wines available to mankind (this is a line from my favorite movie Withnail & me, by the way, not a claim to greatness), my journey began in La Palma in 2018-19, with Victoria Torres. I learned from her the resilience it takes to succeed as a vineyard-focused winemaker when all around you are cooperatives, high-volume conventional production, and climatic extremes such as chronic drought and waves of oppressive heat prevail (not to mention record-breaking volcanic eruptions). I also learned from Torres that with the best raw materials, the patient “less is more” approach can produce the most profound wines. 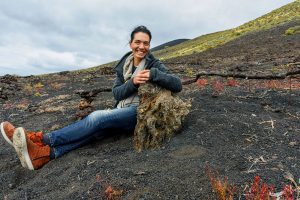 In Murcia with Julia Casado, I learned that there can be so much more to winemaking than making and selling wine. In 2016 Casado built a small modular winery in the middle of a nature reserve in Bullas to craft aromatic and fresh styles of Monastrell. She has since moved her winery to a regenerative farm on the Murcian border with Andalusia, where a community of young conservationists work daily to restore plant life and biodiversity to a semi-arid landscape that has long since been reduced to an intensive culture, plain without relief for the cultivation of cereals. Last year, Casado and the farm team planted 4ha of vines which are part of a larger educational project aimed at the long-term health of the local ecosystem rather than simply exploiting the land for commercial purpose.

Many of the new generation of Spanish winemakers that I have the chance to meet are so outward looking. It has not always been the case. Let’s not forget that the Franco regime – with all the isolationism, bulk production based on cooperatives and the grubbing up of less productive grape varieties that this entailed – only ended a few generations ago. Today, more than most wine regions in the world, Spain is experiencing a renaissance, a return to diversity and terroir after so much homogenization. We are witnessing a revival of many forgotten grape varieties and neglected clones, not very productive but very interesting.

After working with very low yielding Listán Blanco in La Palma, I was drawn to Marco de Jerez winemakers who demonstrate the true character of Palomino (genetically the same as Listán Blanco) in unfortified whites made from low yielding old wines. clones of this variety. One grape I’d love to work with is Merenzao (also known as Bastardo or Trousseau) – a delicate, disease-prone variety that can nonetheless deliver mouth-watering and deliciously fragrant light reds, especially in the northwest of Spain.

What next for my own winemaking project? Well, partially inspired by the buzz around the biennial iNNoble festival, this year I’m heading back to Andalucia to do an unfortified Palomino with Raúl Moreno. A former sommelier and master of viticulture and wine science, Moreno is one of the hippest winemakers I’ve ever met. He spent years working for wineries in Australia and Portugal. For a time in 2014, he was also assistant winemaker at Domaine Dujac in Burgundy.

With his vast experience of Old and New World approaches to winemaking, coupled with his expertise in organic farming, biodynamics, permaculture and his willingness to do things differently (whether that’s experimenting with flor, prolonged skin maceration, multi-region blends or the use of different amphoras), Moreno has the perfect profile for a ‘TFWATH’ collaboration. But he is just one of the many wine adventurers who make Spain a source of inspiration for someone like me.

The nomadic nature of my project obliges me to be always on the move, but Spain is a country in which I will return.

Smith’s eight: the Spanish wines that inspired me