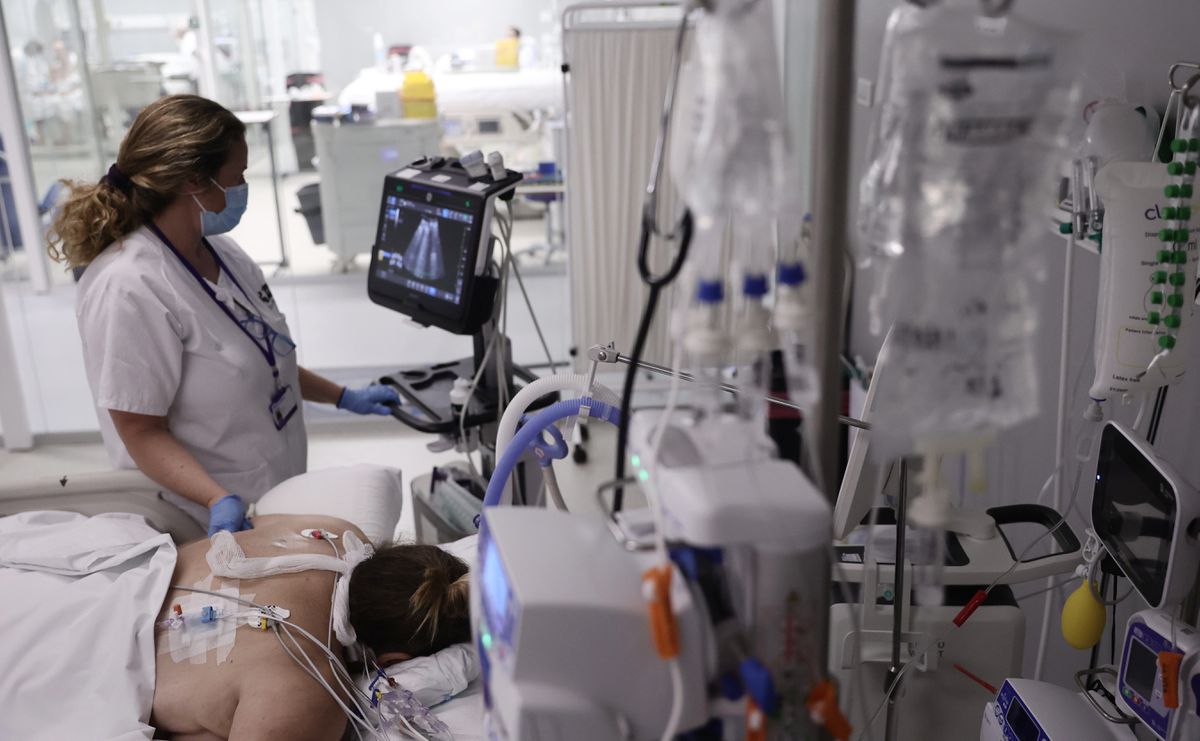 Omicron: More than half of Spain at medium risk of coronavirus | Society

Coronavirus cases in Spain continue to rise, but this spike does not affect all regions in the same way. According to the latest report from the Ministry of Health, released Friday evening, the cumulative incidence of infections over the past 14 days now stands at 248 cases per 100,000 inhabitants, against 234 Thursday.

In some regions, responsible for their own health system, the Covid-19 vaccination campaign and restrictions related to the coronavirus, this increase has not resulted in any significant increase in pressure on hospitals. But in others, the situation starts to get complicated.

Under the new traffic light system, which assesses the level of pandemic risk, seven of Spain’s 17 regions are at medium risk. They are Catalonia, Navarre, Aragon, the region of Valencia, the Basque Country, Madrid and Castilla y León. In other words, more than half of Spain’s population – 26.2 million people – live in an area where community transmission is widespread and the health system is under constant and increasing pressure. The rest of Spain is at low risk, which means the spread of the virus is not affecting hospitals.

But the epidemiological situation in Spain is far from promising. The infection curve has accelerated and, although it has not reached the levels seen in other European countries, such as the Czech Republic, Austria and Belgium, where the cumulative incidence rate in 14 days is more than 2,000 cases per 100,000, the rate of new cases is trending upward. In one week, the incidence rate in Spain jumped 45%, while hospital admissions rose 26%. The situation is unlikely to improve given the upcoming Christmas holiday season, when there is more travel and social gatherings, and the appearance of the new omicron variant, which is believed to be more contagious. . Cases of this new strain have so far been detected in Madrid, Catalonia and the Balearic Islands.

“Predictions and logic say that the incidence rate will gradually increase until, at least, Christmas,” said Álex Soriano, head of infectious diseases at Cínic Hospital in Barcelona. “Even in the best scenarios, the situation in hospitals and primary health care centers is one of high stress as normal activity has returned.”

In this context, the epidemiological map of Spain risks being covered in red.

The new traffic light system, which was approved last Tuesday by the health ministry, puts more pressure on hospitals and less importance on the incidence rate. These changes were made on the basis that contagion levels were no longer as relevant, given that almost 80% of the population in Spain is fully vaccinated and protected against the most severe forms of Covid-19.

Establishing the risk posed by Covid-19 in a specific area – such as a region, province and city – involves crossing incidence data with patient pressure on hospitals. However, unlike previous versions, the new traffic light system does not recommend which restrictions or measures to put in place at each level of risk.

In order to contain the spread, several regions have chosen to introduce the European Union digital COVID certificate. This so-called Covid passport is accessible in Spain through the health system of each region and certifies whether the carrier has been vaccinated against Covid-19, has recently recovered from an infection or has been tested for the virus.

In Catalonia, this measure coincided with an increase in vaccination rates against Covid-19. Lines of people were seen waiting to be vaccinated at Barcelona’s Fira convention center on Sunday – in just hours, 1,500 walk-in doses were sold out. And in the last seven days, the number of first doses given in Catalonia was 45% higher than the week before.

Eight regions have started to introduce the Covid passport, but experts say the measure has not been proven to reduce infections, beyond encouraging vaccination.

“We have the vaccines and the masks, which is certainly why we are doing better than almost all other European countries,” said Ana María García, professor of public health at the University of Valencia. “People tend to think of the vaccine as just an individual protection measure and it isn’t.”

The Covid certificate has also divided the hospitality industry. Some support the measure on the grounds that it is preferable to other coronavirus-related restrictions such as limits on hours of operation and capacity. While others say it gives them more work to do and causes organizational problems.

“A lot of people come in at the same time and it’s very difficult to control,” explained a waiter in a bar in Barcelona. “A lot of people don’t know how to find the passport on their cell phone and we have to help them, while other customers are in a rush for coffee and we don’t serve them.”

Some experts say remote working should be encouraged as a measure to reduce the peak in coronavirus cases. “It is a way of avoiding social interactions inside which, as we have seen, can be implemented without significant social costs in many companies”, said Pedro Guillón, of the Spanish Society of epidemiology.

One measure that has been ruled out is compulsory vaccination. Neither health experts nor the government believe this step is necessary given that 90% of the target population (those over 12) are fully vaccinated. The goal is to overcome this new wave without more constraints than those that have been in place since the end of the state of alert in May.

“We know what measures protect us,” Spanish Health Minister Carolina Darias said on Friday. “Social distancing, the use of face masks, especially indoors or outdoors if there is no distance. Keeping the virus at bay is up to us. “

This month, Spain is also expected to start vaccinating the under-12 population, which is the only age group still immune. This group currently has the highest cumulative incidence rate, with 412 cases per 100,000 population, according to Friday’s report. This is 50% more than the figure for the previous week.

The health service of the southern region of Andalusia has detected an epidemic of coronavirus at the Carlos Haya Regional University Hospital in Malaga. As of Sunday, 22 cases among health workers were identified. As of Monday, that number had risen to 68, according to sources from the hospital and the Andalusian regional government. Most of the positive cases were found among staff in the hospital’s intensive care unit (ICU). Hospital sources say the source of the outbreak was a Christmas dinner, which 173 ICU professionals attended, as the regional daily reported. On.

All of the workers who test positive – a group that includes doctors, nurses and support staff – are in self-isolation, while tests are done on their close contacts.

Málaga mayor Francisco de la Torre warned on Sunday that the city is experiencing an “accelerated” increase in coronavirus cases. According to the latest data, released by the Andalusian regional government on Friday, the 14-day cumulative incidence in the city is 127 cases per 100,000, nearly double what it was in mid-November. “If it continues like this, by the end of December, we could have more than 400 cases [per 100,000]”De La Torre said in a Twitter post.