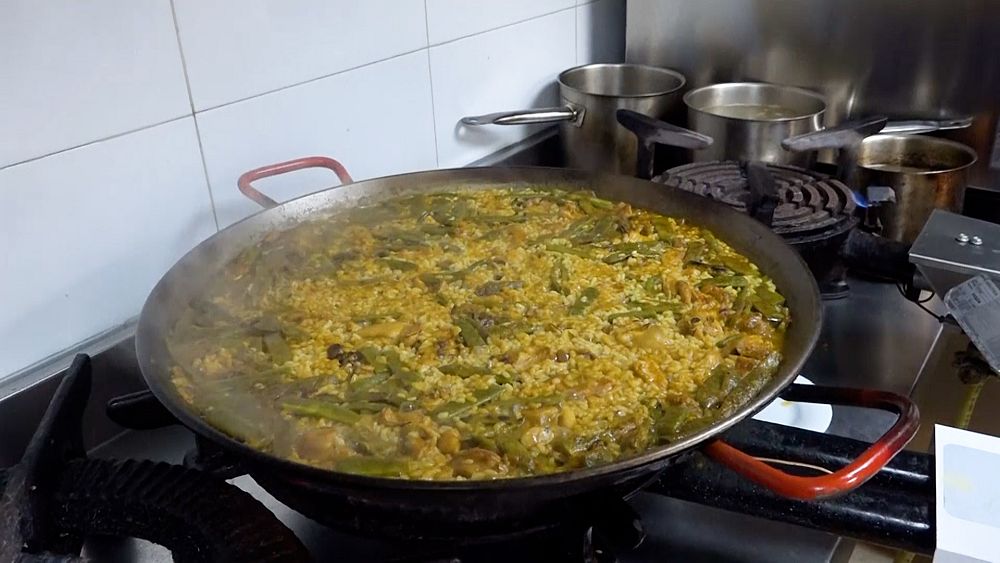 Paella Valenciana: the traditional recipe behind Spain’s most popular dish

But these sumptuous seafood dishes offered in countless restaurants in the Catalan capital are not officially paella, because they do not contain the right ingredients.

These dishes are called “arroz a banda” – Spanish for “rice on the side”.

Now, thanks to the official label of cultural status awarded to the paella by the Valencian authorities in October last year, Valencians can officially claim the original authentic recipe.

In Valencia, people are very protective of the intricacies of paella.

Spaniards almost unanimously consider it a dish from the region of Valencia and many Valencians consider the dish one of their identifying cultural symbols.

Therefore, the local government of the region of Valencia in Spain has declared paella to be of Intangible Cultural Interest.

Santos Ruiz, president of the Association for the Denomination of Origin of Valencian Rice (DO Arroz de Valencia) explains that this decision does not mean that restaurants will have to remove the word paella from their menus.

“I’m not really interested in trying to ban a good-natured chef from Madrid, New York or Miami from using the name paella for his recipes. Even if he doesn’t follow our traditional local recipe,” says -he.

“What’s important to me is to spread it. For the world to learn what paella means to the people of Valencia. How we cook our paella. The ingredients. And the culture that surrounds paella.”

Diania, a small restaurant in the Gracia district, owned and operated by the Mascarell twin brothers, specializes in paella valenciana.

Jordi Macarell believes that the new regional protection label will serve to inform the public about the differences between real paella and seafood paella.

“Not only the chefs, but the people of Valencia in general can be very angry because they don’t use these essential ingredients or change some of them. So if they start the denomination of origin, they will have to use the right ingredients,” he says.

How do you prepare the traditional “paella valenciana”?

When it comes to paella valenciana, there are always small variations in the recipe between Castellon, the region where the city of Valencia is located, and the southernmost region of Alicante.

But one detail remains: absolutely no seafood.

There you have it, a simple but hearty plate of paella valenciana.