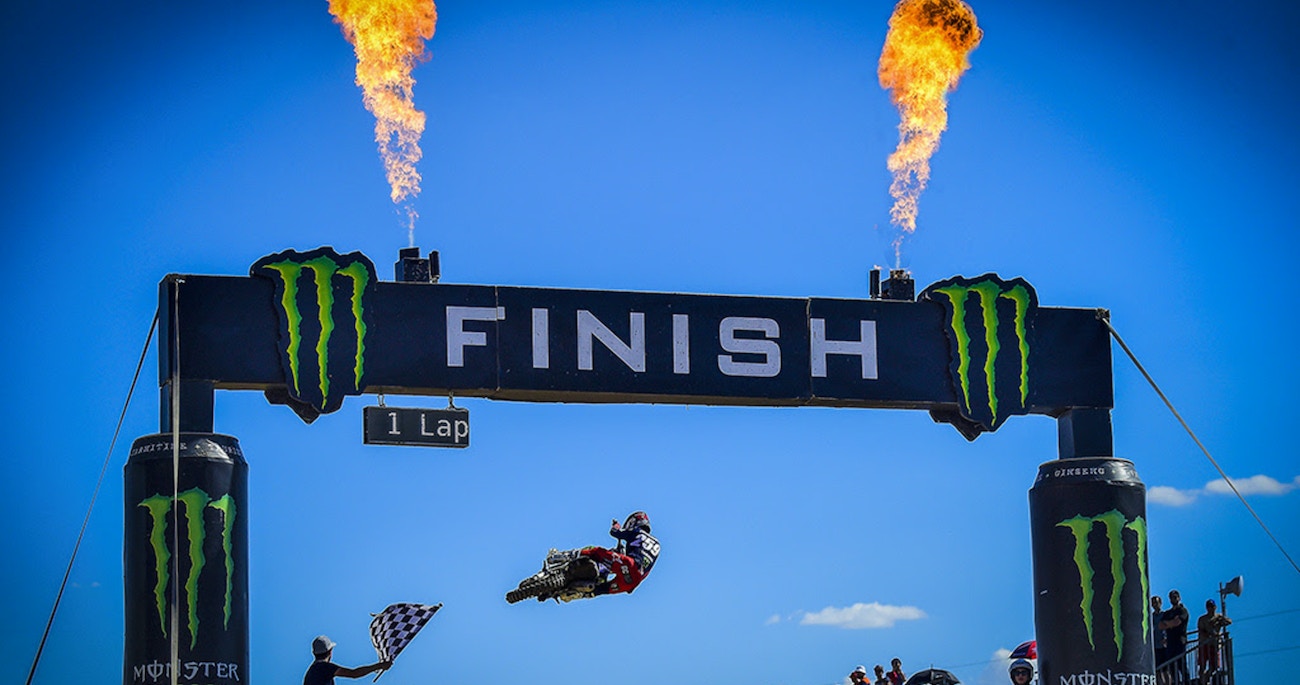 The following press release is from Infront Moto Racing:

Despite temperatures well over the 30s, Coldenhoff and Vialle were able to keep their composure to secure pole position on the grid, ready for tomorrow’s races.

Alongside the MXGP and MX2 qualifying heats, we also saw the first races of the WMX and EMX125 Presented by FMF Racing, which were won by Big Van World MTX Kawasaki’s Courtney Duncan who returned to racing after injury, while Fantic Factory Team Maddii Fueri’s Alexis was victorious in the 125cc class and hopes to repeat his success tomorrow for a strong overall result.

On the opening lap, Pauls Jonass of Standing Husqvarna Factory Racing made some good moves as he finished third just behind Coldenhoff and Seewer.

At the start of the second lap, Coldenhoff was already in the lead, as Jonass had a moment and was passed by Prado, then Tim Gajser of the HRC team chased him. Gajser made a mistake during a take off from a jump that saw him land heavily off the runway and crash into the result. The Slovenian started quite quickly, even though he was already 19th.

Prado then rounded Seewer for second place as he aimed for Coldenhoff for the home victory.

Jonass then crashed into fourth as he flipped through one of the corners. The Latvian dropped to ninth as Coldenhoff continued to lead Maxime Renaux of Prado, Seewer and Monster Energy Yamaha Factory Racing, as well as Team HRC’s Mitch Evans.