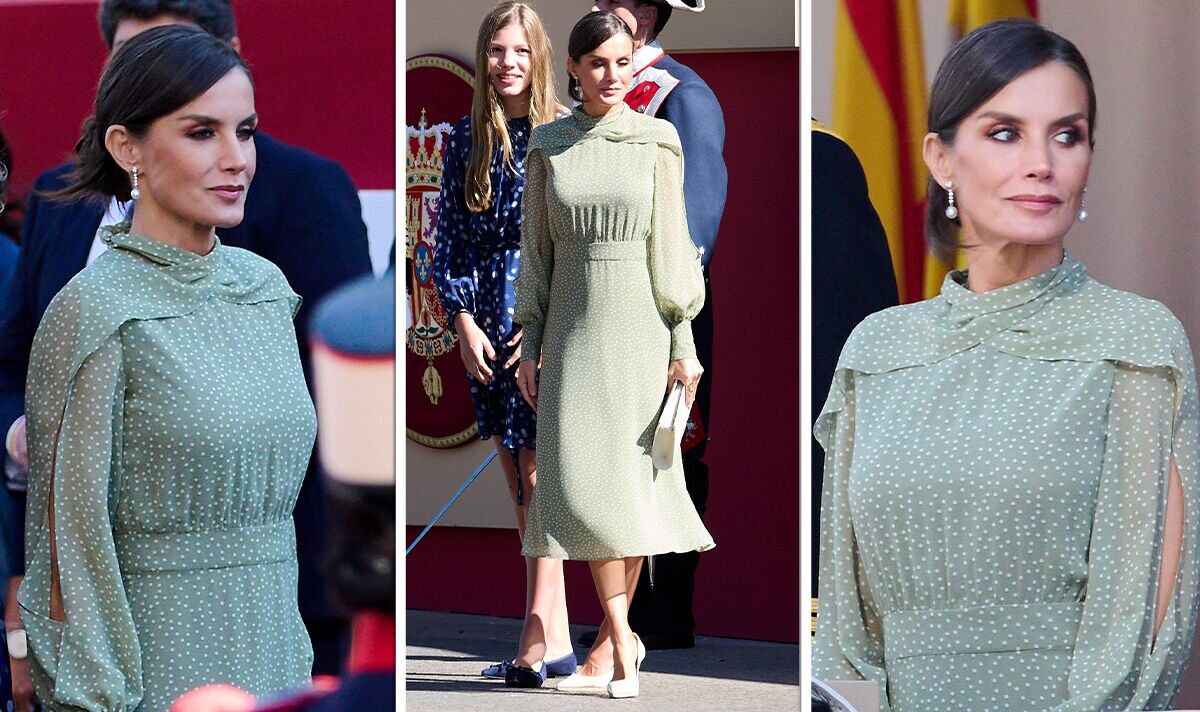 Queen Letizia and King Felipe of Spain paid tribute to the Spanish national flag today as the people of Spain celebrated their national flag. For the occasion, Letizia opted for a mint green dress with polka dots.

The dress was made from a sheer fabric and had a high neck and bell sleeves – interestingly, there were large slits in both sleeves, showing Letizia’s bare arms.

The dress was cinched at the waist and its skirt flowed down to Letizia’s shins.

She combined this with her favorite pair of white Magrit stilettos and a matching white clutch, which was huge.

The bag was also from Magrit, and Letizia has been seen carrying it in the past.

Called Dalits Pumps, the shoes are also a staple in Letizia’s wardrobe, while the dress is new.

Letizia was joined at the military parade by her husband, King Felipe, and their daughter, Princess Sofia, who also looked stylish.

The spots, however, were larger than those on Letizia’s dress and were different shades of blue, as well as white.

Sofia’s dress was also similar to her mother’s due to the lightness and sheerness of the fabric.

Unlike Letizia, Sofia combined her dress with a pair of black ballet flats. To complete her look, her long locks lay in natural waves down her back and she wore minimal makeup.